“Supergirl” comes back from Liberal Land to tell a good story, with very little metanarrative.  On a unrelated note, I never thought I’d be so happy that a modern sci-fi story isn’t preoccupied with current events. “The Darkest Place” may be storytelling 101, but “Supergirl’s” dependence on the strength of its characters to uphold their own individual plot threads is a gamble that pays off. The episode divides in to three main storylines and one side story. In the first main storyline, Kara is kidnapped by Cadmus after she finds out about Mon-El’s capture. While their plan is only revealed at the end, we still got to see the turning of the cogs within, with three notable aspects in particular.  We got to see the true motivation of Cadmus and more importantly the Mrs. Voorhees’ style revenge plot masterminded by Lillian Luthor (Brenda Strong). A second ally of Cadmus is revealed in the form of the real Hank Henshaw, who in the comics goes by the moniker Cyborg Superman…and does in this series as well, seemingly for no reason. Finally, Dean Cain guest stars as Jeremiah Danvers to do what all dead/alive father figures are supposed to do; help in a small but vital way, give 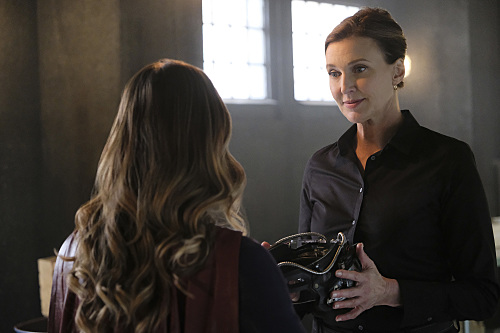 cryptic messages, and then vanish. It was immensely useful to see Cadmus’ madness from the inside to sell them as a worthwhile big bad. Cyborg Superman VS Supergirl is a short but very cool fight, and David Harewood breaks bad as well as he does good. In the second storyline Guardian is framed for murder and must fight against the turning of both public opinion and law enforcement, all the while trying to figure out the identity of the real killer. Due to the Cadmus storyline taking Kara out of commission, the audience is cheated out of the Supergirl VS Guardian showdown which is hinted at frequently in the promos, but it also allows for the majority of the storyline to showcase Winn and James’ understated chemistry. As far as crime-fighting duos, they’re very entertaining to watch work together, and with the Guardian fight scenes working just as well as Supergirl’s it’s no surprise that they get as much screentime as they do. Finally, J’onn learns of M’gann’s betrayal which leads to a vicious turn that makes J’onn’s trauma and prejudice far more real than just a character backstory. Finally Alex’s storyline comes full circle. As personal and revealing as her journey has been, it hasn’t defined her and the character has absorbed the experience, so now Alex is starting to get back to who she actually is as a character; albeit with a slightly bruised ego. I really like where she ended up by the episode’s conclusion. It’s altogether positive, but pride is not so easily repaired, and the episode acknowledges this fact. All in all, “The Darkest Place” is firing on all cylinders and any flaws to be had are flaws of the series itself, and even those are debatable. Plus a Batman reference. Even if the Dark Knight never shows up himself, at least we have that.

One thing that I’ve always found fascinating about the Flash in the comics is how his speed is defined the same way superman’s powers are,and that has been on an *as needed* basis. There is no particular limit, but the ones levied by the opposing threat or obstacle. However, unlike Superman the milestones of The Flash’s speed have always come laden with consequences. These milestones’ consequences have included complete disintegration, accidental time travel, absorption by the speed force, and even actually becoming a lightning 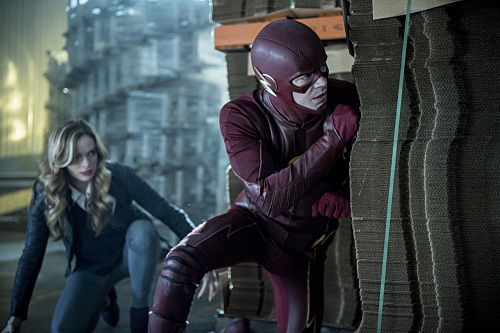 bolt. These are things that can and do happen to Barry and other speedsters, and the speed required to reach these points is defined by exposition. An advantage of the full motion medium is being able to express concepts without the need for words. In the case of “Killer Frost”, we know how much faster than Barry Savitar is because we can actually see it, and we can compare this with both the Reverse-Flash and Zoom. The difference doesn’t need to be implied, it’s obvious. Savitar is a deadly foe and the opening makes sure we know that as Barry receives his seasonal beat down from the big bad, and it is savage; more importantly though, it necessitates Cisco and Caitlin’s dramatic intervention which sets the entire episode in motion. First of all, this episode works because of Danielle Panabaker. She walks the line between Killer Frost and Caitlin Snow, making her both sympathetic because of her history as an ally and friend and threatening because of her alternate history as a superpowered terrorist. Sadly the Dr. Alchemy reveal doesn’t have that same bite. It’s too easy to see coming, but admittedly there’s probably a lot more to it than the episode shows. Finally, Barry’s bargain with Julian actually makes a lot of sense, and makes a major change that’s fresh and capable of delivering a lot more drama and adversity for Barry in the coming episodes.

Final Word: Two outstanding episodes of Flash and Supergirl offset the absence of Arrow and Legends of Tomorrow this week.  The crossover begins next week, starting with Supergirl’s “Medusa” (which technically isn’t part of the crossover, but the end leads in to it) tomorrow at 8PM/7PM Central and ending with three seperate “Invasion!” episodes starting with Flash on Tuesday, Arrow on Wednesday, and Legends of Tomorrow on Thursday.  This week the episodes of Flash and Supergirl spent the time getting to a good stopping place to allow Flash to start setting the groundwork for “Invasion!” The crossover is highly anticipated, but I don’t want to undermine what was accomplished in both series this week.  The scale of Cadmus’ potential and insanity have been put in the proper context, thanks to Lillian Luthor and Guardian gets his own conflict and storyline to keep up with, and it and it actually ends up being a worthwhile aside thanks to Mehcad Brooks and Jeremy Jordan.  Alex ends up in a good place by the episode’s end, which gives her dramatic storyline a satisfying conclusion without it coming across as overly sentimental or fake.  Flash walked a similarly thin line this week with “Killer Frost.” Danielle Panabaker possibly gives her most complex performance of the series thus far as the not quite bad and not quite good Killer Frost/Caitlin Snow, thanks in part I honestly believe to Kevin Smith’s direction.  It capitalizes on the well established relationships of the series, and flips them on their side to create an atmosphere of tension where there was once chemistry.  Wally gets back to normal in a predictable way, but who cares because it’s still really cool (especially his super creepy standing still while vibrating thing, that was like something out of a horror movie.) All the series have their feet on the ground and all the pieces are in place, and though I usually say this with disdain rather than excitement… 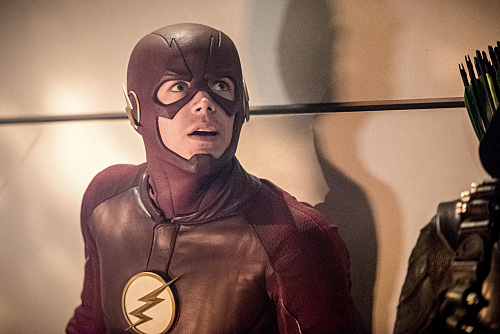