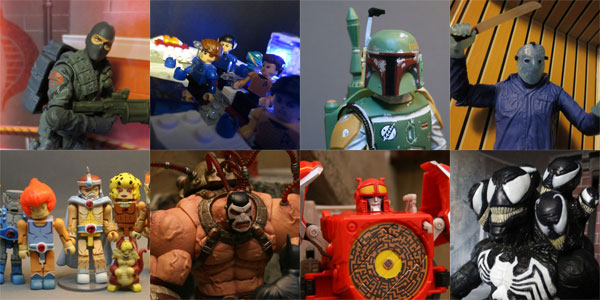 Khalil and Bill team up to run down the top ten best action figure toys of 2013.

This was by far the toughest list to come up with.  There were just so many amazing toys released in 2013, boiling it down to only ten of them was a near-impossible task.  It kills me that figures I adore, that I’ve wanted forever, and which are crowning gems of my collection– like Mattel’s MOTUC Ram-Man or NECA’s Predator Dutch Schaefer– couldn’t be included on this list,

When awesome toys like those don’t inch into the Top Ten, you know you’re looking at a truly remarkable year to be a toy collector!

Keep reading to find out what DID make our list of picks for the ten best action figure toys of the year: 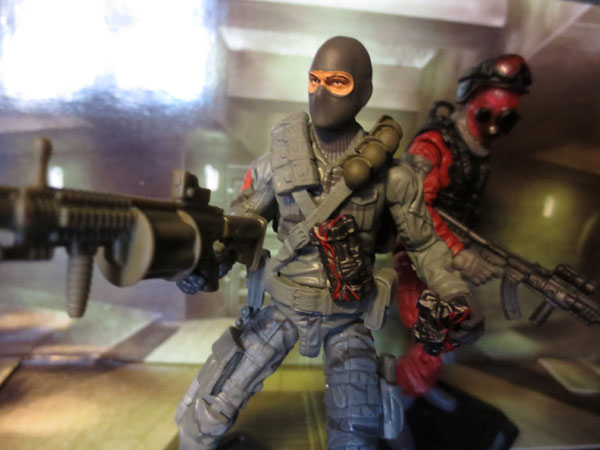 Bill: The GI Joe team at Hasbro pulled off quite a few fantastic Joe figures in support of the Retaliation movie, like the movie-accurate Duke and Cobra Combat Ninja, or the classic RAH updates of Cobra Commander and Storm Shadow.  But it was the 80s style Firefly update, available in a three pack with Storm Shadow and a Cobra paratrooper that feels like the best Joe of the year.  This Firefly was the perfect update of the vintage look of the saboteur, from his grey camo uniform to his explosive accessories.  Add to that the modern sculpting, packed with detail, and loads of great weapons, Firefly was THE Joe figure to get in 2013. 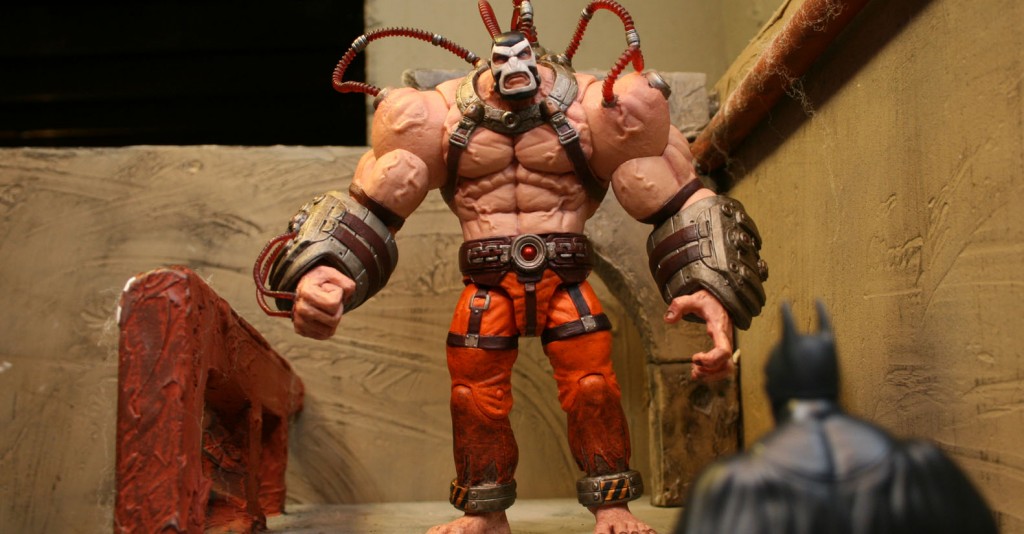 Khalil: I have been playing the Arkham games since they started, but have been hesitant to start collecting another toy line. For years I have looked at the line, but always passed until this year. DC Collectibles sent over a sample of the Bane Batman set and it was so amazing that I finally jumped on the line. I have tracked down a lot of figures in the short time, and Bane was the reason. The figure has amazing detailing, great paint applications, and the size is just stunning. He is one of the biggest figures I own, matching the size and bulk of the game design. He is an all around great figure, and if you only have one Bane in your collection this is the one. 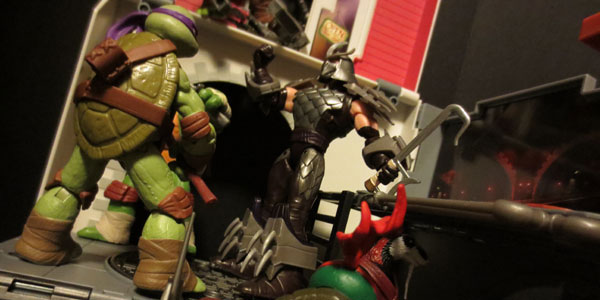 Bill: Playmates’ new TMNT made a fast name for themselves by creating good toys loaded with fun playability, but the Pop-Up Pizza Playset was the best we saw all year.  This set features some cool play features in a surprisingly big playset that offers both the Turtles’ sewer lair and the face of a pizza shop above the street, and it’s perfectly in scale for the TMNT or other 4″ figures.  The set folds down into a pizza box shape, which is a neat action feature while also being a HUGE benefit to space-minded collectors, and at less than $25 this set was truly the year’s best toy value. 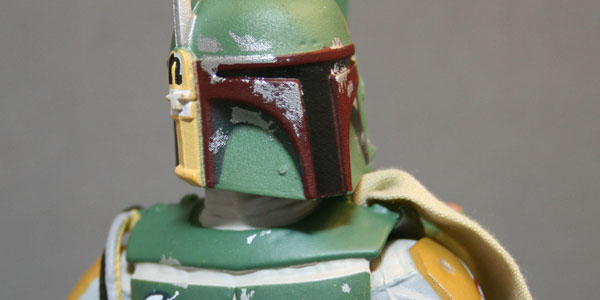 Khalil: I have always loved Star Wars, and Return of the Jedi is my favorite. It was the first one I saw in the theaters when I was only 4 years old. So when I found out that Hasbro would be doing a 6 inch line of figures I was all in, and even more excited to hear the SDCC version of Boba Fett would include a Han in Carbonite. The famous bounty hunter is brought to life in this six inch sculpt, and packaged in an amazing box. Hasbro kicked off the line with this figure at SDCC and it was one of the most sought after during and after the show. I know at some point there may be an updated version with removable helmet, but this is the definitive version for me in my collection. 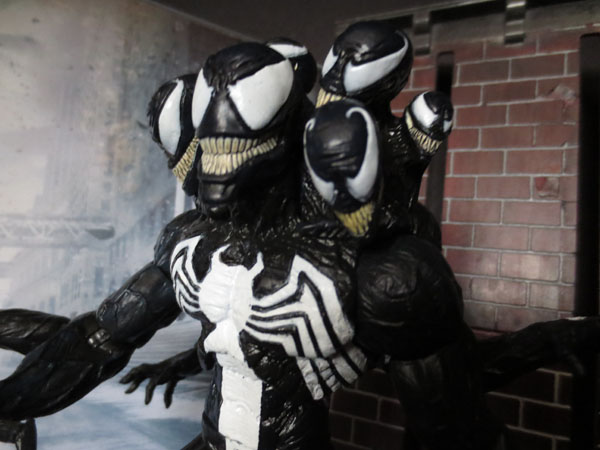 Bill: Easily my favorite super hero toy of the year, Marvel Select’s Venom was one for the history books.  This 7″ scale figure featured an astonishing new sculpt of Spider-Man’s notorious villain, loaded with detail and ample articulation.  But what took this bad boy over the edge were his extra parts.  Instead of the typical display base with most Marvel Select figures, Venom featured loads of swappable parts, including alternate heads, hands and a snap-on Madness piece which fits over his shoulders.  Whether you wanted an old school, needle-toothed McFarlane Venom, a tongue-lashing Erik Larsen version, the Madness look or any combination, the choice is yours with this wonderfully customizable, completely cool figure. 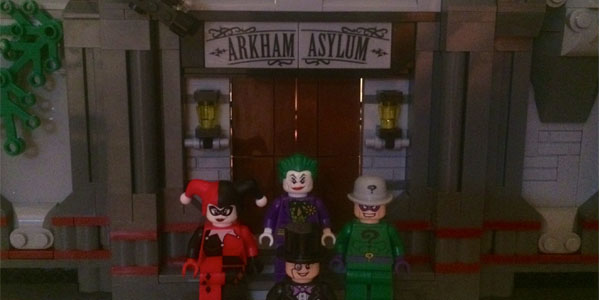 Khalil: I took a long hiatus from Lego, but it was the Super Heroes that got me back into collecting. Lego has done large scale builds for many different themes, and 2013 was the year for Batman. The set is made up of over 1,600 pieces and some very fun minifigures. Included in the set are versions of Harley and the Joker that are only available in this set. The set fits in nicely with the other larger builds Lego has made over the years, but looks very gothic. There are cells for 4 villains, two made just for Mr. Freeze and Poison Ivy, and a secret hiding spot for Harley’s costume. This set is starting to get harder to track down, so if you’re a Batman and Lego fan it is worth grabbing now before the price sky rockets. 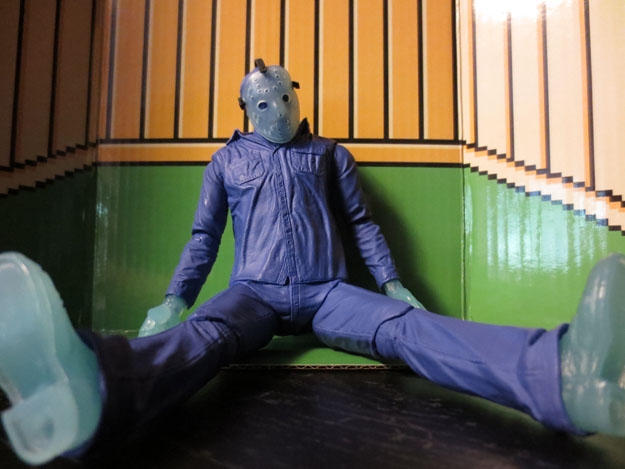 Bill: NECA’s winning streak continued strong throughout 2013, and the NES-style Jason was the perfect example as to why.  Of course he features the fantastic sculpted detail we have come to expect from NECA’s sculptors.  And yes, he sports the excellent articulation we have seen in more and more of NECA’s designs.  But Jason represented the most important and exciting aspect of what made this year so great for NECA– he’s a fun, totally original concept.  Conquering the challenge of screen accuracy, NECA devoted much of this year developing interesting, unique, and otherwise outside-the-box thinking, which resulted in amazingly cool, completely individual figures like this video game colored Jason.  With his Nintendo game style box, Jason was a total hit at Comic Con last summer, and he remains one of the coolest toys of the year.

Khalil: I will always have a soft spot for the Thundercats. I can remember the first time I saw the show, and it had such an impact I named my first dog after one of them. After Bandai fumbled the line, and WB canceled the reboot I thought all my hopes of getting a complete updated collection of them were gone, until Icon Heroes and Diamond Select announced the Minimates line. All the main players have been released even the T-Cats from the movie. Sure there are still a few characters that they did not get to, but they got the core good and bad guys, even alternate forms of Jaga, Lion-o, and Mumm-Ra. This could go down as one of the best Thundercats lines of all time. 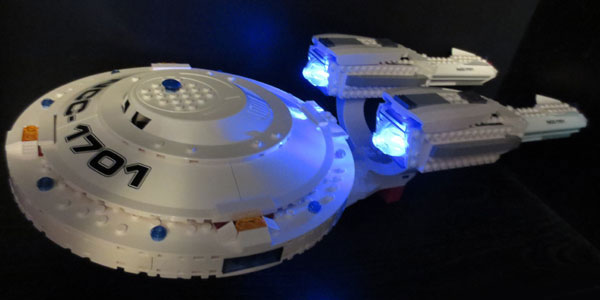 Bill: I have a bookshelf full of toys at my day job, and none has garnered nearly as much attention or compliments or fits of jealousy as the Star Trek Enterprise Kre-O set.  This massive building set is one of the coolest brick toys I have ever seen, with a great Bridge setup for your Enterprise crew mates, light-up warp nacelles and lots of cool details translated perfectly into a building toy aesthetic.  Yes, it was based off the awful Star Trek Into Darkness, but even this dubious origin cannot take the pure cool factor out of this Kre-O set. 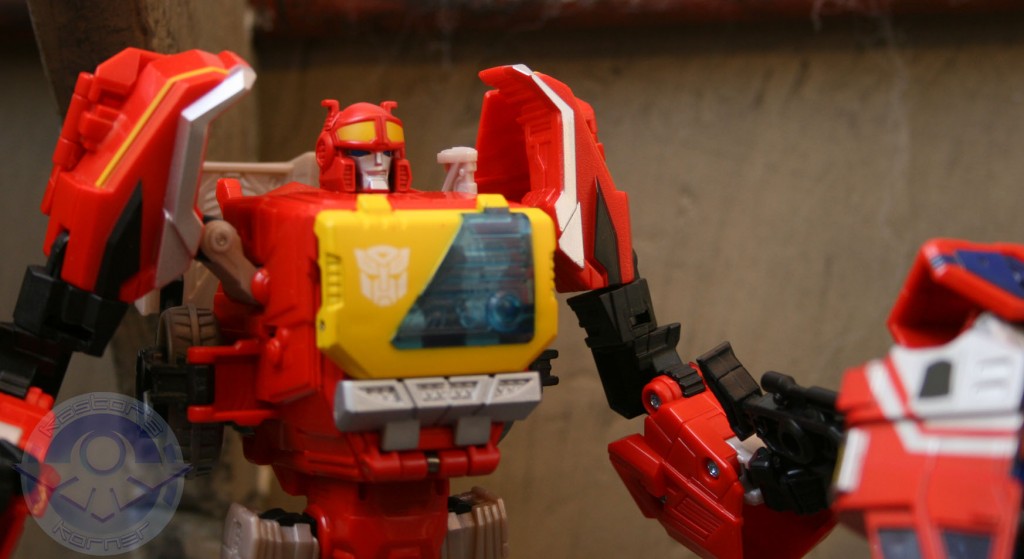 Khalil: There are very few times these days that I am surprised in the toy aisles, but Blaster surprised me this year. The crazy snow storm of February kept me from getting to see Hasbro at Toy Fair, so in all business of the weekend I missed the announcement of Blaster. One day just looking through the Walmart toy department he was just sitting all alone on the bottom shelf. I have wanted a Blaster update since the Generation/ Classics line started. He was one of my favorite figures of my childhood collection, I carried the little boom box everywhere. This update keeps the classic look of the character, while updating it enough for the modern world. Blaster is the perfect example of and update for a character who is no longer relevant in a world of iPods.