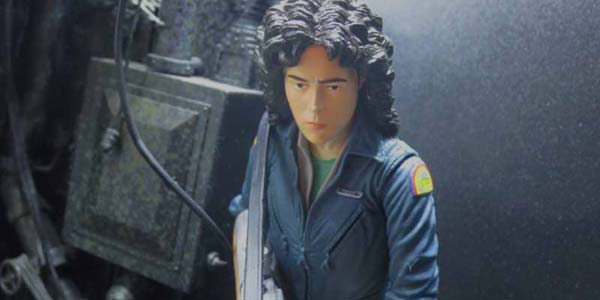 Here’s our picks for the best single action figures released in 2015.

Sometimes a toy line is made up of fantastic figures.  Other times, one figure in particular truly stands out as the best of a wave, or an entire series.  And once in a while, we see one-off releases that are incomparable in regard to both their uniqueness and their overall quality.  There was a little of each category in the toy aisle this year, but difficult as it was, I managed to pare my list of great figures of 2015 down to just ten. 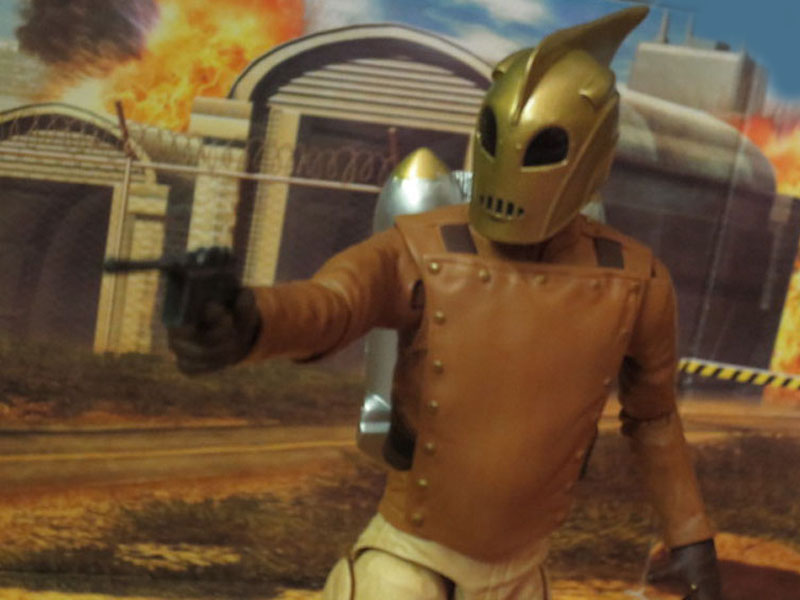 Good things come to those who wait, and no toy proved this better than Funko’s Legacy Collection Rocketeer.  Many of us have kept a film-accurate, highly poseable Cliff Secord on our wish list for the past 25 years, and Funko delivered with this one.  The 6″ Rocketeer features a great all new sculpt, swappable masked and unmasked heads, and a dramatic improvement in quality control over some of Funko’s older, more brittle Legacy action figures. 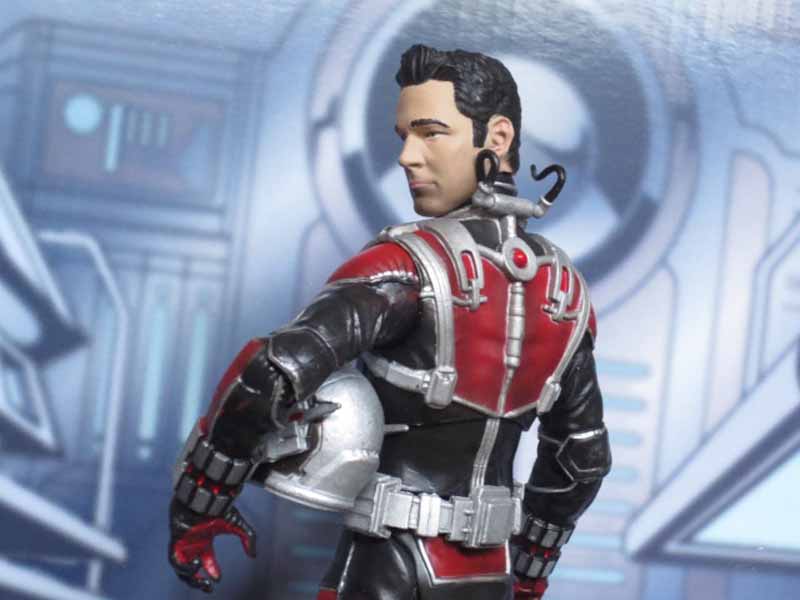 Once in a while, an action figure is just cool.  That’s the best word I can think of to describe Marvel Select’s Ant-Man figure.  Based on the hit Marvel movie, this 7″ figure sports lots of useful articulation, a great sculpt that’s much more true to Scott Lang’s cinematic appearance than Hasbro’s releases, and cool accessories including alternate hands and a shrunk down mini figure of our hero.  The Disney Store exclusive one upped even the standard edition Ant-Man, by also including an alternate unmasked head with a solid likeness of Paul Rudd, making this variant the one to get. 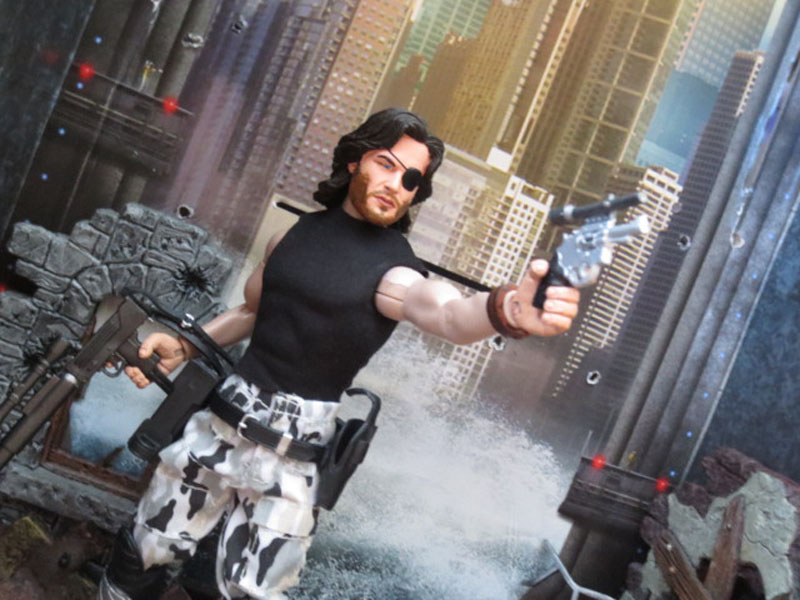 NECA has definitely embraced their Mego-inspired retro figure series, and the star of the lineup thus far is Snake Plissken.  Kurt Russell’s anti-hero makes for the most fun retro figure yet from NECA, a highly playable and great looking toy which bridges the gap between retro throwback and modern action figure perfectly.  The likeness is on point, Snake includes all his most iconic weapons and accessories, and NECA even went a step beyond by giving this dude his snake body tattoo– the perfect touch to a perfect retro figure. 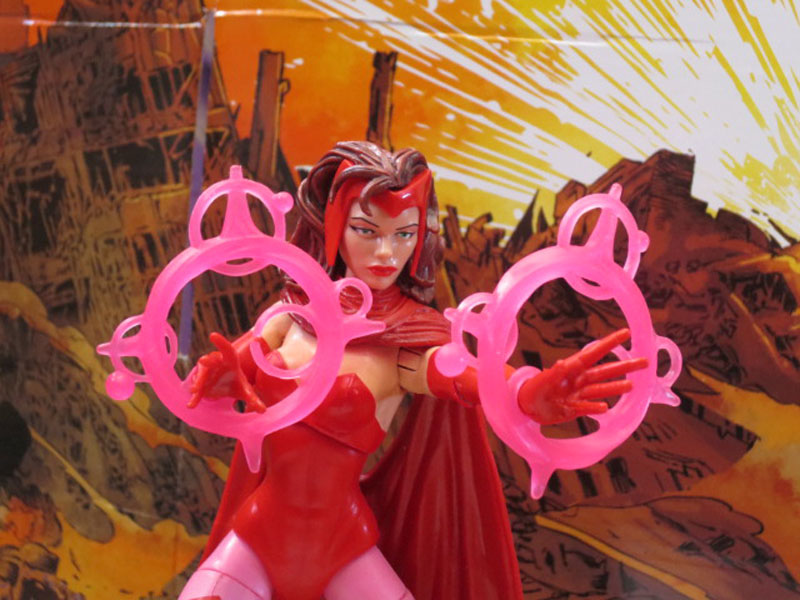 There have been more than one truly excellent Marvel Legends in 2015, but the overall best of the year has to be Scarlet Witch.  The new version of Wanda Maximoff is perfect, from her stunning headsculpt to the hex spell accessories which clip onto her wrists.  Everything about this figure comes together into what is THE definitive toy version of the comic book-style Avenger.  Scarlet Witch’s previous appearance in the Legends line resulted in the notoriously bad figure from Toy Biz, making Hasbro’s victory with their take on the hero all the sweeter. 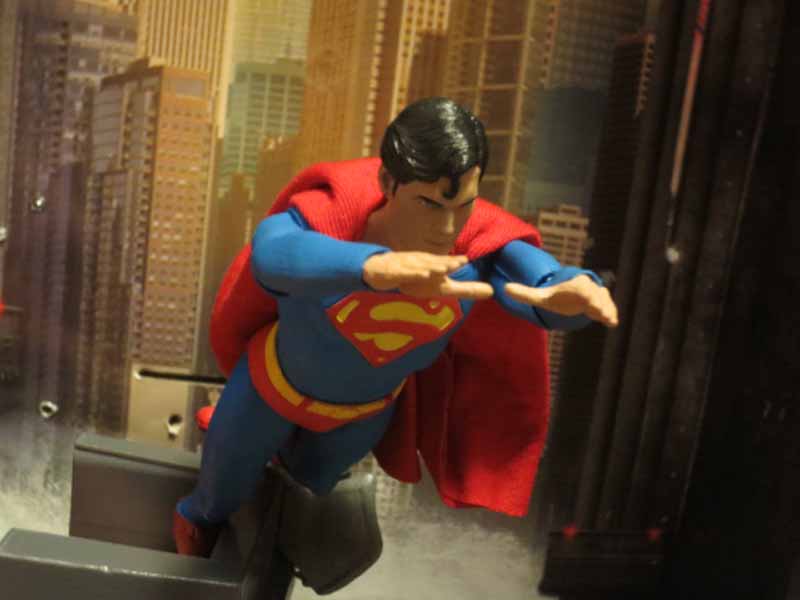 NECA followed up their incredible Michael Keaton Batman figure with a trio of DC cinematic figures this year, including another figure many fans have wanted for years– a 7″ scale Christopher Reeve Superman.  Highly articulated, bold and brightly colored, and featuring a gorgeous portrait of the late actor, this is the best toy translation of the big blue Boyscout I have ever seen. 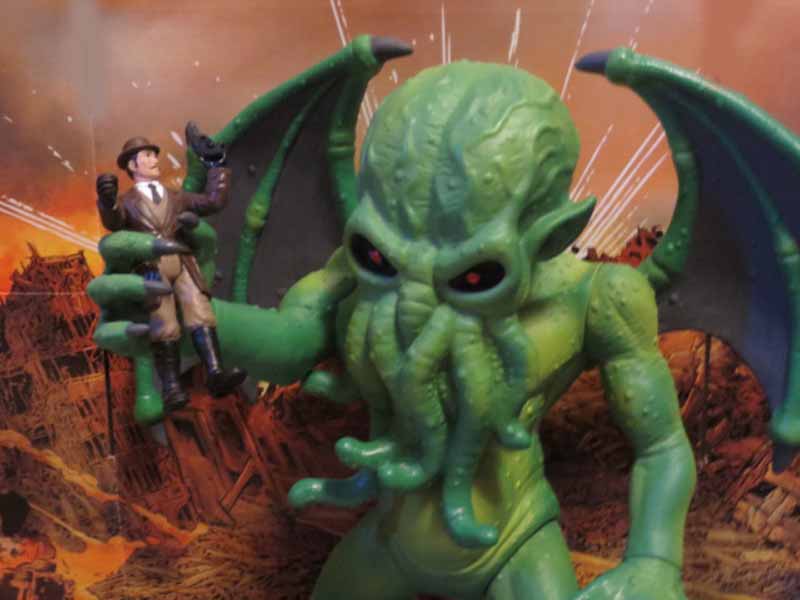 Warpo’s Legends of Cthulhu remains one of the greatest, most authentic retro toy lines ever created, and 2015 saw them add the crowning jewel to the collection with a giant sized 12″ figure of the elder god himself, Cthulhu.  This figure is packed with personality and the same attention to detail and vintage charm that made the smaller 3.75″ figures so amazing.  From his great, painted throwback packaging to those piercing, beady red eyes, the only thing better than this figure’s concept is his execution… another big win for Warpo! 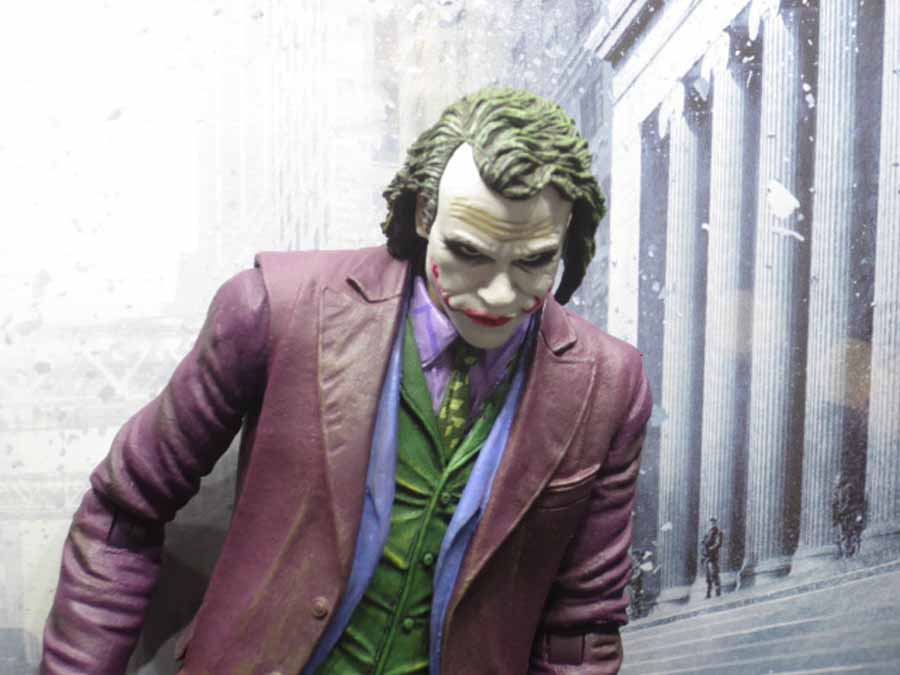 As much as I adore their Christopher Reeve Superman, NECA really outdid themselves with their Heath Ledger Joker.  The villain from The Dark Knight is absolutely stunning– NECA has made a name for themselves for their fantastic portraits and film accuracy, but The Joker might be their best work yet.  Add to the mix a number of the Clown Prince’s tools of mayhem, and a neck joint perfect for re-creating the downward-facing, reptilian gaze Ledger etched into our consciousness, and this becomes the finest DC movie toy of all time. 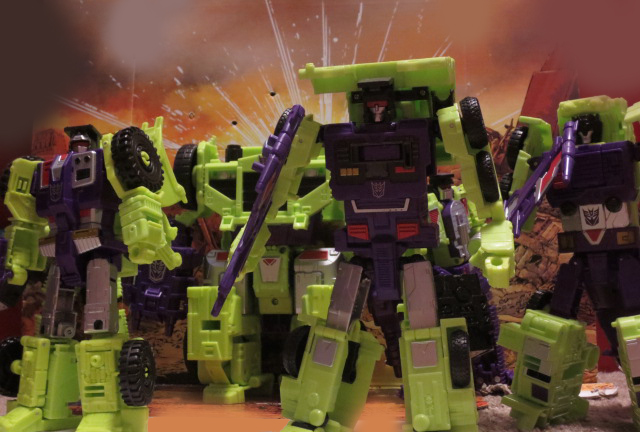 I’m gonna level with you– I’m not much of a Transformers guy.  But one of the few toys I had as a kid was Devastator, the combiner composed of the villainous Constructicons.  Back then, I thought my Devastator was the biggest, baddest toy in my collection (even though he was only, like 13″ tall)… but Hasbro’s new Combiner Wars Devastator gave me that same feeling as an adult.  The individual Constructicons are all great in their own right, some of the best Transformers toys I’ve encountered in quite some time, but together in the form of Devastator, this becomes just about the coolest toy of the year. 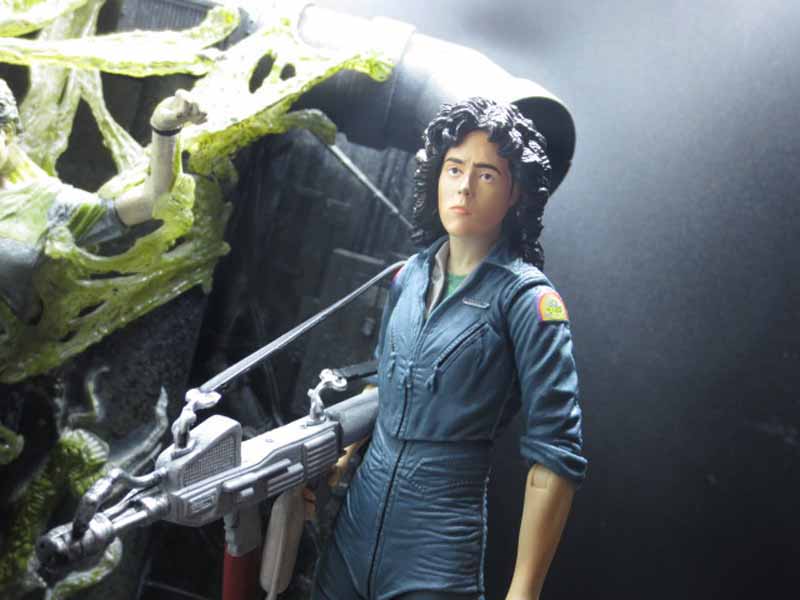 If there is one toy I went into this year absolutely dying to own, it was Ripley from NECA’s Aliens series.  It’s been almost two years since NECA did the impossible by landing the ever-elusive Sigourney Weaver’s likeness rights, but 2015 is when our hero finally took her place as the centerpiece of this fantastic toy line.  I dearly love all three versions of Ripley that NECA has produced so far, but I keep going back to the Nostromo jumpsuit figure as my favorite.  The portrait of Weaver is spot-on, the figure poses incredibly well, and she’s packed with character.  Just like in Ridley Scott’s masterpiece, this toy version of Ripley balances the line between harrowed survivor and warrior-in-the-making perfectly. 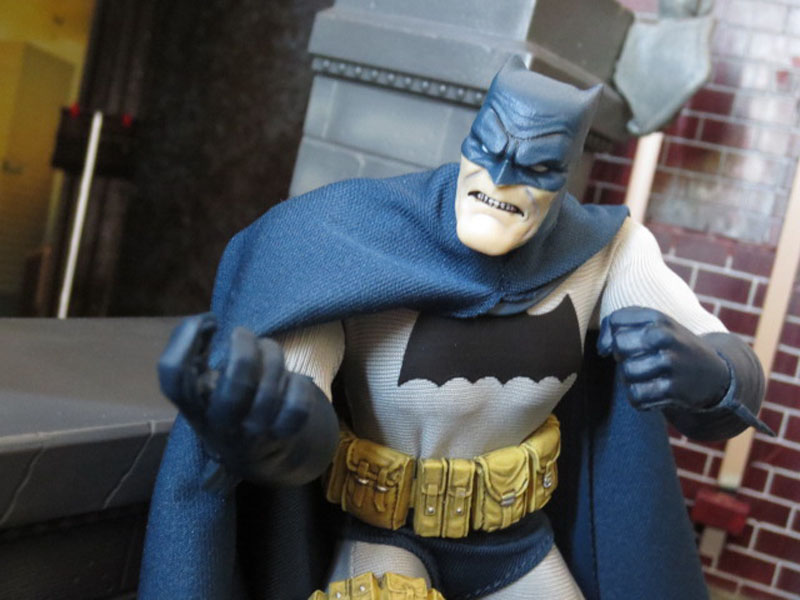 What does the perfect action figure look like?  A year ago, I’d never imagine it would feature a fully cloth costume, nor be based on a Frank Miller comic book.  But I’d be hard pressed to call Mezco Toyz’ One:12 Collective Batman anything other than perfect.  The first release in their prestige toy line The One:12 Collective, the Dark Knight looks as though he just stepped off the page of Frank Miller’s classic comic book.  The figure is a marvel of engineering, from the incredible articulation pattern to the fabric costume, the most form-fitting and flattering soft goods ever made for an action figure in this scale.  The One:12 Batman is packed with personality, thanks to his expressive articulation model and two great, character-appropriate headsculpts, and his arsenal of weapons, alternate hands and other accessories offers countless opportunities for posing and playing.  That’s the key to this figure– once you open him up, you simply do not want to put him down, he’s so much fun to play with.  I was confident before I bought this guy that he’d be among the best looking action figures of the year… but once I had him in hand, I quickly learned he was also one of the most fun.