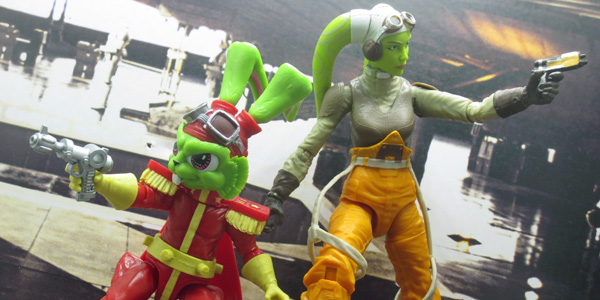 Another year has come and gone, and it’s delivered a fair share of amazing action figures in the meantime. Here’s the best of the best.

2017 was the first year in over a decade where I almost quit collecting toys, cold turkey. It’s not that I didn’t appreciate the many outstanding products being created by great companies worldwide. Nor was it for lack of great properties I love– both nostalgic and current– being tapped for the toy treatment. It’s just that when you’re living through Super Dark Times, stuff like toy collecting can seem… too trivial, I guess?

But I’m slowly coming around, and finding that balance between loving the silly, trivial things I love, while also doing what I can to make myself and the world around me better. It’s not an easy thing to reconcile, but the toys that made my “best of” list this year– and the brand managers, artists, and manufacturers behind them– really did inspire me to re-embrace this hobby, which has left me very excited for 2018. That means this list is a bit more near and dear to my heart than in past years, as I focused more on things like playability and FUN than just factoring in the normal qualifiers like sculpting, articulation, and accuracy.

Anyway, that’s enough about me. Let’s get on to the list! Here are my picks for the greatest action figures released in 2017: 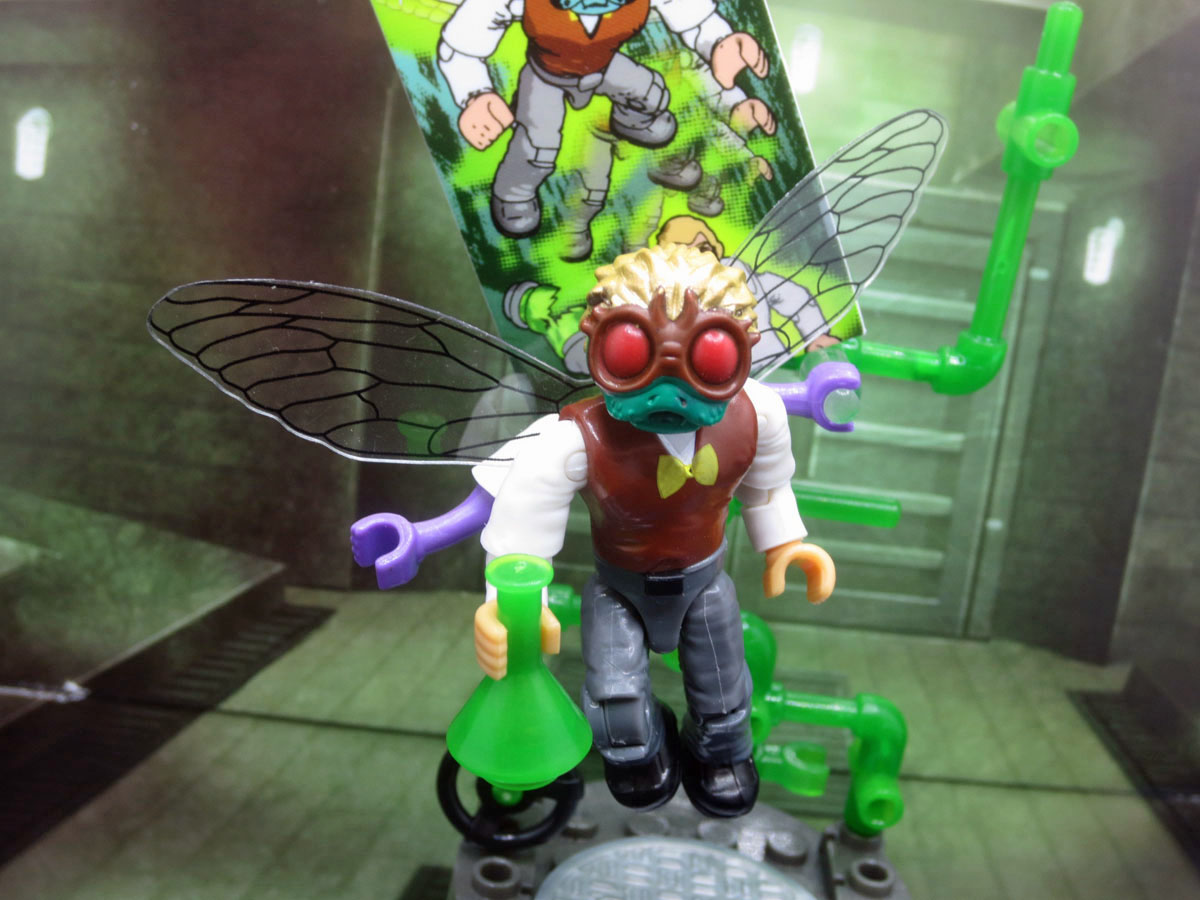 One of the first surprise releases of 2017 was the TMNT Mutations, a wave of minifigures released under the Teenage Mutant Ninja Turtles Classics banner from Mega Construx. The whole gimmick with these figures is, they include alternate pieces to “mutate” them between two forms. The most involved transformation was also the coolest figure in the line… Baxter Stockman. This 2.5″ minifigure can be changed from his human to fly form easily and quite effectively… and the fact that his alternate parts can be stored in the included mutagen canister container makes him all the better. In almost 25 years, we’ve never seen a cartoon accurate version of the notorious mad scientist… until now. 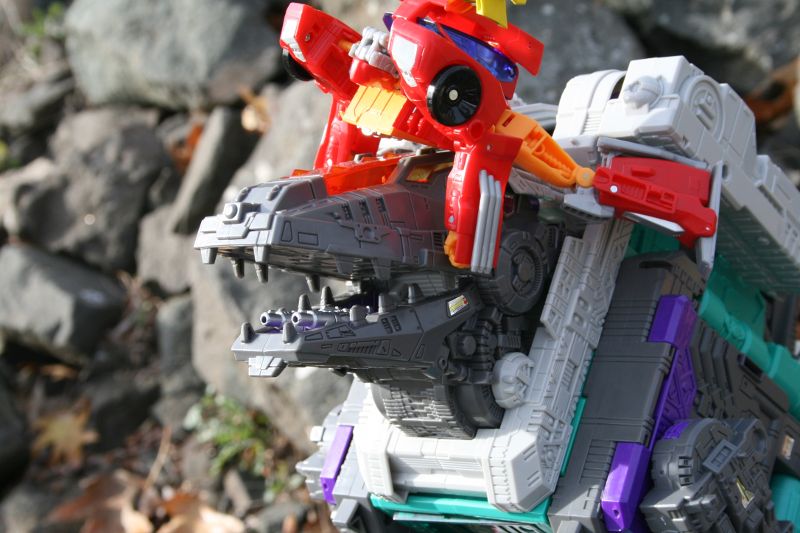 I’ve been truly impressed by many of the great figures developed by Hasbro’s Transformers team this year, but if I had to pick just one figure, how can it not be the giant robot dinosaur that eats other robots? Trypticon made a stunning return to the toy aisle with an all new figure just as fun to play around with and pose as he is to marvel at technically. The Decepticon beast’s transformation is smooth and well engineered– despite demanding more steps than your typical Transformer– and the details in the sculpt are phenomenal. I didn’t know how Hasbro could top last year’s Fortress Maximus, yet Trypticon takes that same massive scale, intricate detailing, and complex transformation, and created an even cooler final product. 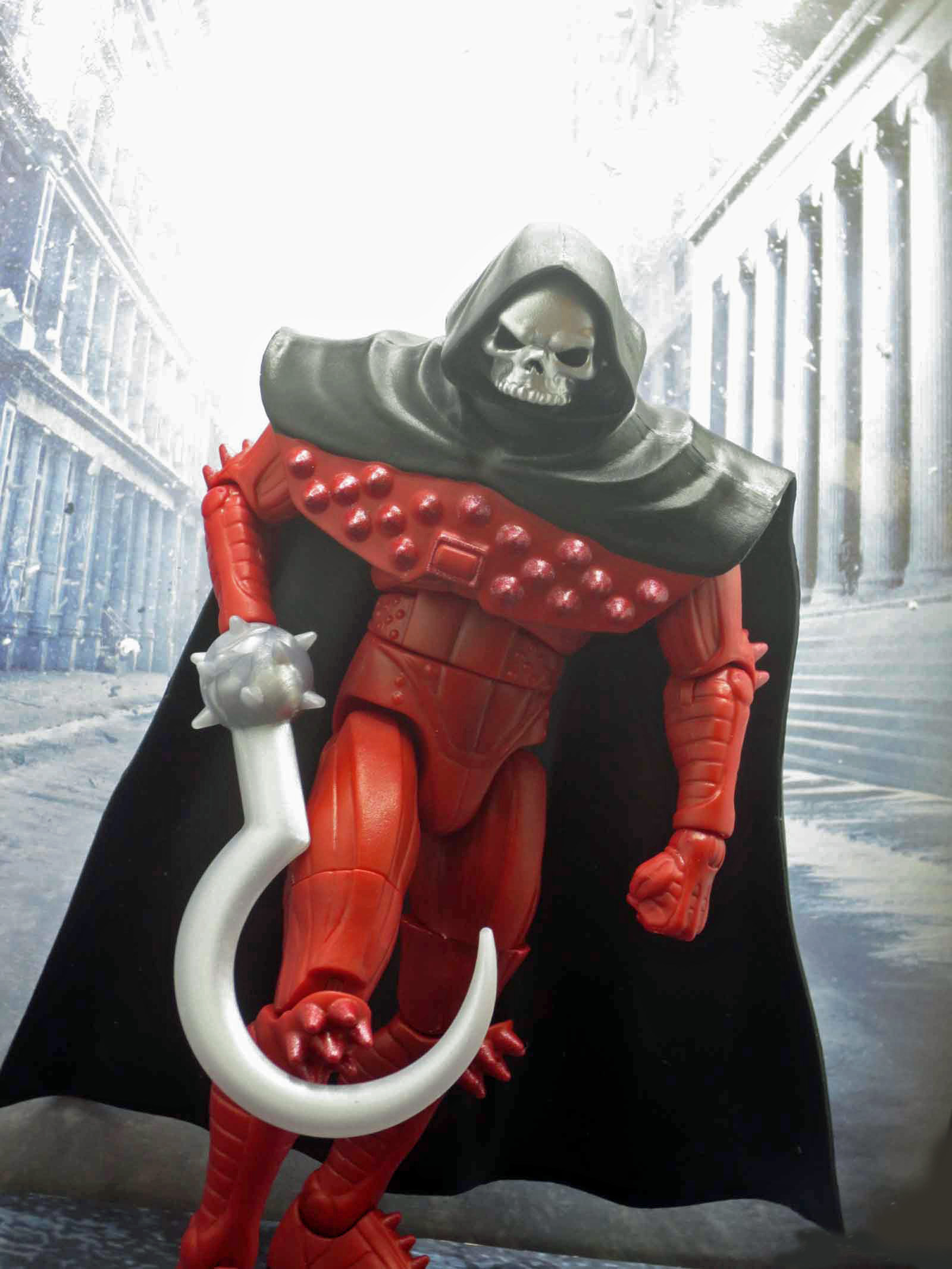 After a few years languishing in repaint obscurity, 2017 saw– in effect– a resurrection of DC Universe Classics. Sure, they’re now part of the DC Multiverse brand, still collecting modern and classic comic book, TV, and movie characters into one 6″ toy line… but this year welcomed the first new sculpts in the DCUC format in a long time. Reaper was the clear highlight, a perfect toy take on the classic look of the Batman villain, who actually managed to improve upon the DCUC design while fitting in seamlessly with the aesthetic. New articulation, alternate hands, a surprising amount of sculpted texture, and a move away from the boring, old DCUC base body allowed Reaper to be one of the best straight-up comic book style action figures released this year. 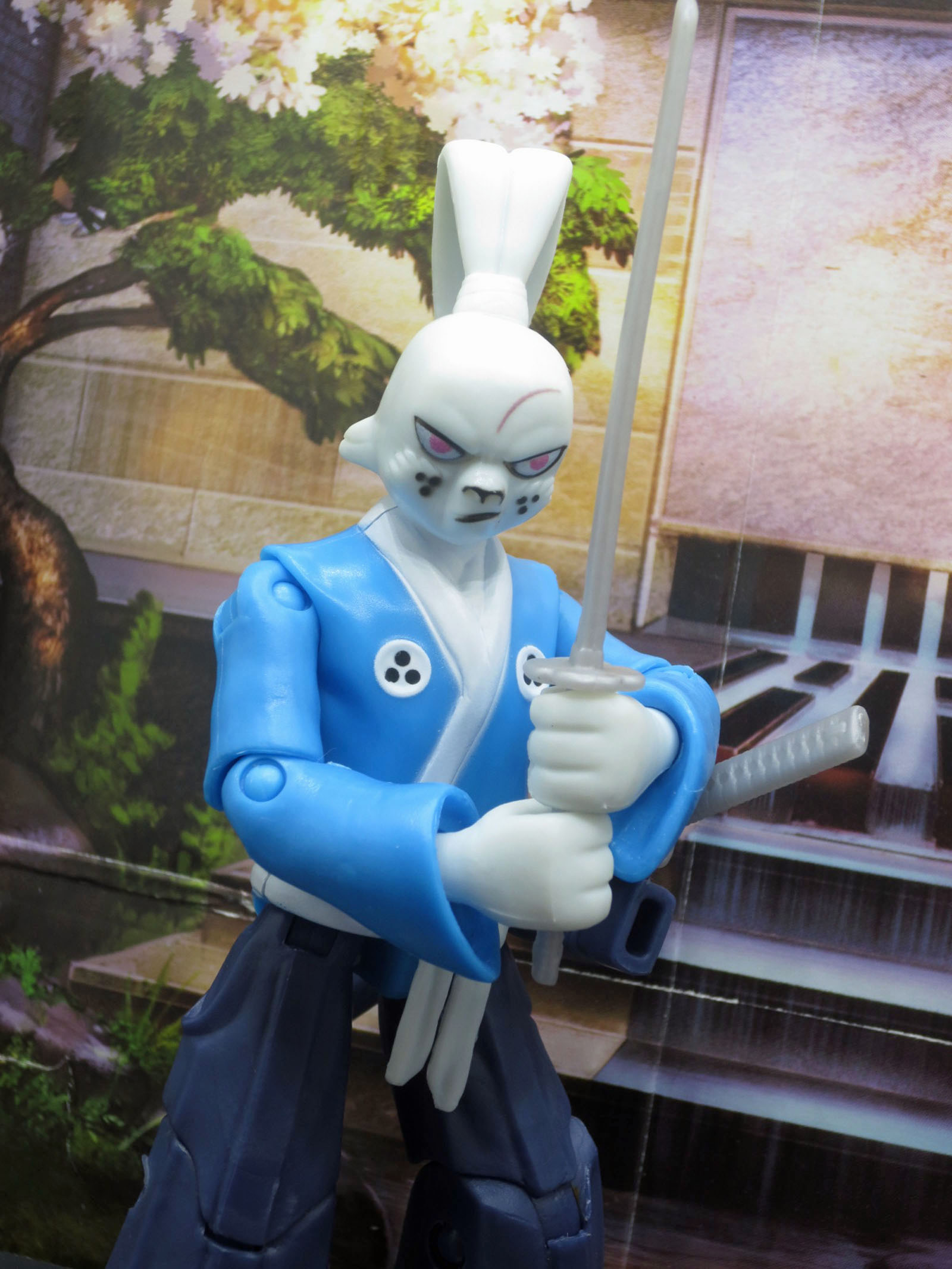 Speaking of excellent comic book inspired toys, one of the personal highlights of 2017, for me, was seeing my all time favorite comic book character, Stan Sakai’s Usagi Yojimbo, return to the toy aisle. And thanks to the Nickelodeon Teenage Mutant Ninja Turtles series’ extremely faithful Usagi character design, that meant Playmates’ action figures may as well have been based directly off Stan’s books. Playmates released the rabbit ronin in both his robes and his samurai armor, as well as a 12″ figure packed with personality. But while it’s difficult for me to choose just one out of this plethora of great Usagi action figures, the classic has absolutely the right mix of articulation, accessories and overall playability to make him the one figure I could not put down for long. 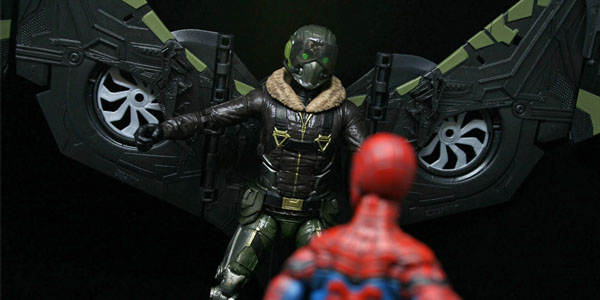 I LOVED almost every Marvel Cinematic Universe figure Hasbro released in 2017. They tackled some characters we never got earlier, like the incredible Yondu and Nebula figures from the Guardians of the Galaxy Vol. 2 series, and they also debuted great new characters in toy form, such as Valkyrie, Mantis, and Hela. The sculpts got more detailed and screen accurate, and the new face scan technology used on the figures’ faces brought out the actor likenesses as never before. While The Vulture tragically did not include an alternate Michael Keaton headsculpt, the figure is so fantastic I can forgive that misstep entirely. Hasbro’s take on the villain from Homecoming is a great toy in his own right, able to strike and hold a pose thanks to the smart articulation pattern, and look great while doing it. The practical details on this guy are outstanding, from the wrinkles of his leather flight jacket, to the slightly rough finish of his leg armor. But it’s the riff on the Build a Figure concept, which allowed you to assemble Vulture’s massive wings instead of create another new figure, that truly made this figure shine. The wings are appropriately massive and smartly crafted to pose in several places, allowing for both maximum balance and some great, dynamic display options. The Vulture has never looked better… though I still want that Keaton head!! 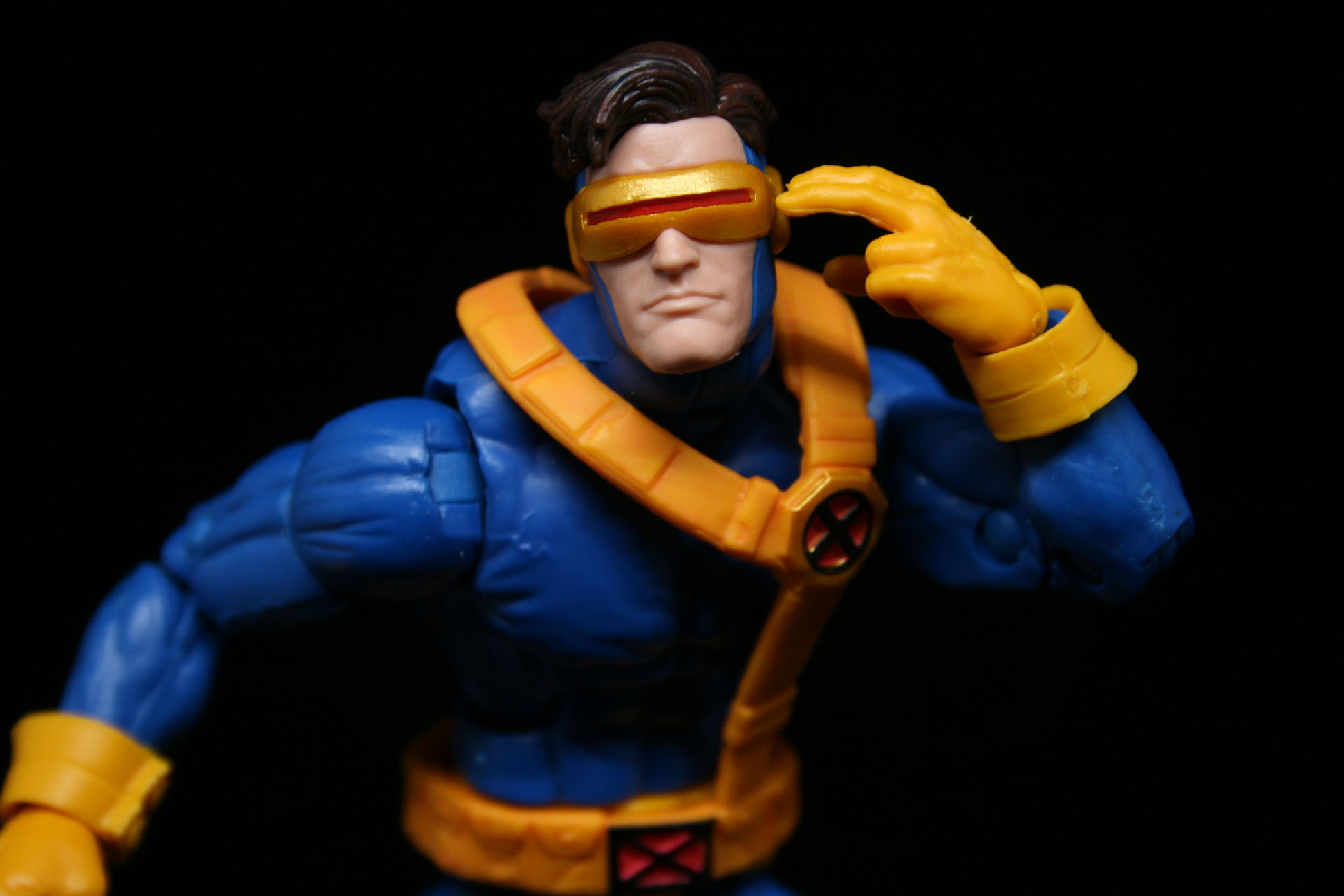 Another Marvel Legend on the list! Whereas the Vulture was the epitome of everything great about Hasbro’s movie figures, Cyclops was the same in terms of iconic comic book toys. We’ve never had a truly great 6″ toy based on the Jim Lee Cyclops (arguably Scott Summers’ most popular costume), and the Marvel Legends figure is perfect in his simplicity. I still believe that heavily reused base bodies can get dull quickly, but Cyclops bucks the trend thanks to the smart use of overlays for his harness, leg bands, and glove and boot trim. These small accessories add a dimensionality to the costume, and change the X-Man’s profile just enough to make him feel truly unique. The headsculpt is outstanding, and the medium build body used establishes a sense of in-collection continuity with Hasbro’s other, more modern Cyclops figures. 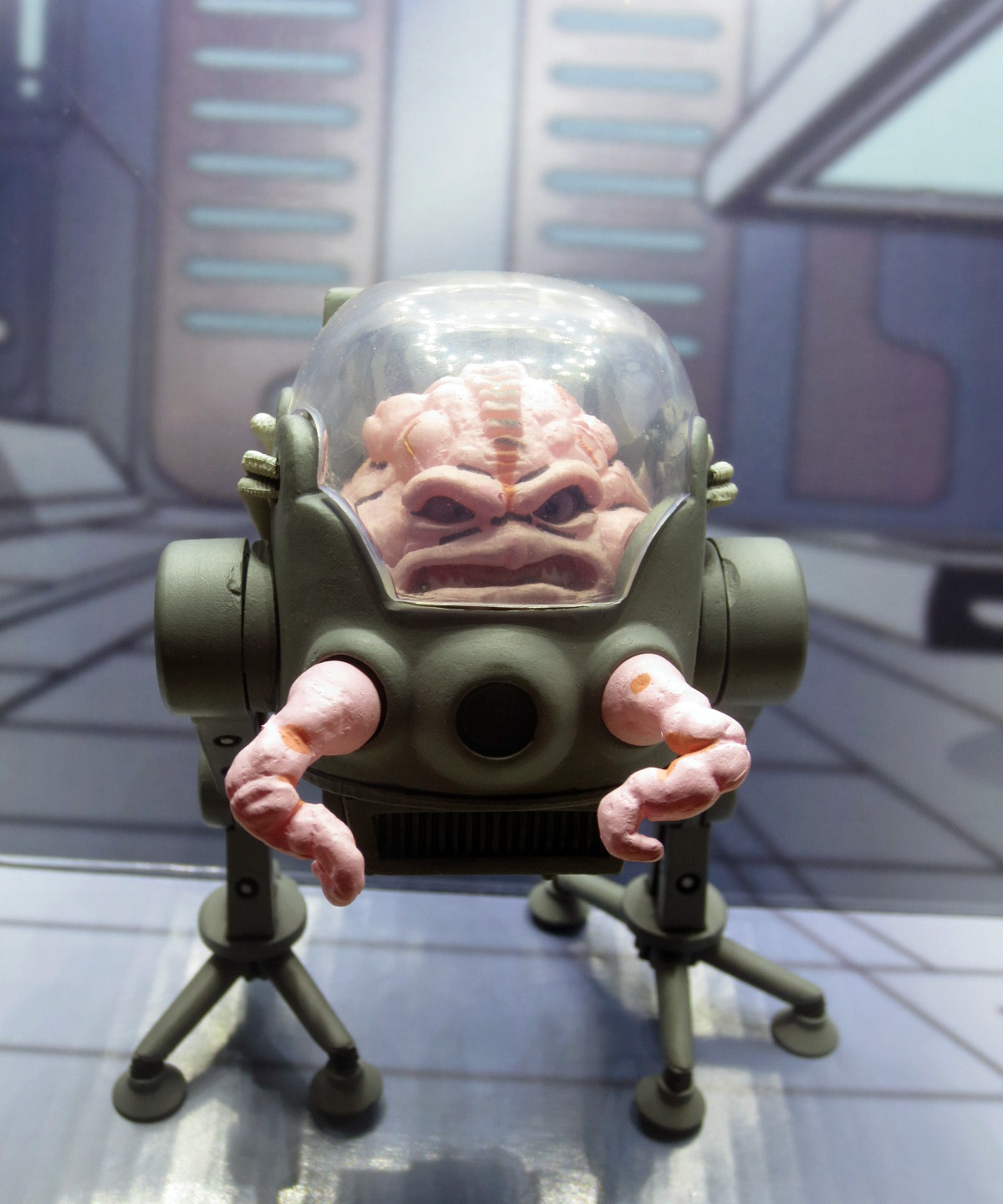 NECA turned a lot of heads with their Teenage Mutant Ninja Turtles animated style box set. The Comic Con exclusive repainted last year’s video game Turtles into comic colors more accurate than the previously lauded Figuarts toys, and also introduced some cartoon style villains to the mix. NECA’s Shredder and Foot Soldiers were great, without a doubt, but Krang is the true highlight of this collection. His all new sculpt captures the brain monster’s animated look perfectly, his wide eyed grimace packed with personality. And he features both his robot walker and the smaller wheel stand he often used in the show. The figure is ingeniously designed so his tentacles can be removed and plugged into the front of the walker, or attached directly to Krang himself when outside the robot. The result is two very unique looks for the diminutive villain, who is perfectly in scale with the rest of the great figures NECA released. 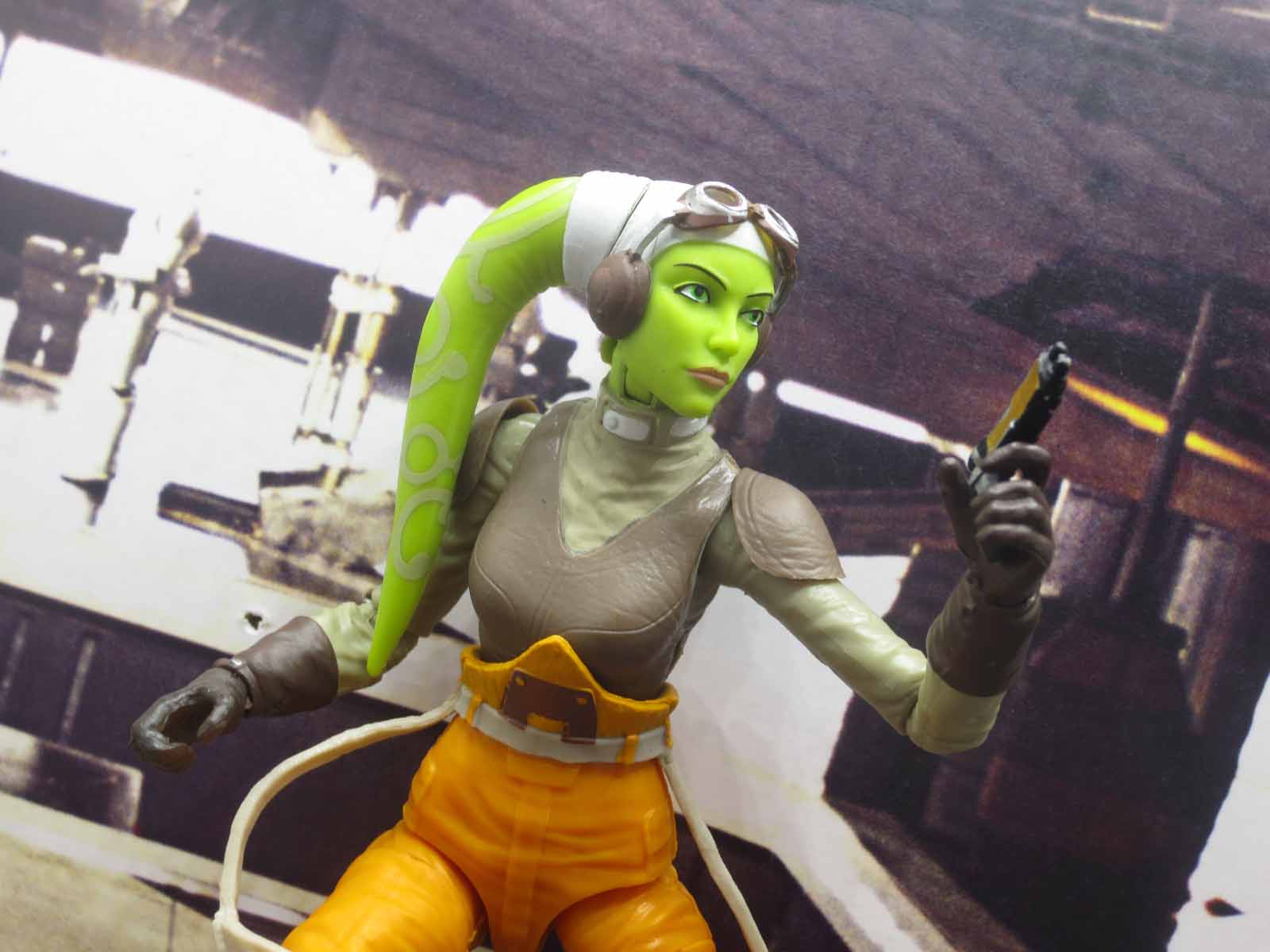 There were a lot of outstanding figures released this year in Star Wars The Black Series, but the one I kept going back to, time and again, was Hera from Rebels. This all new sculpt is so well done, so nicely detailed, so perfectly colored, and so poseable… it’s impossible to rank many action figures higher than her on this list. After a rocky start adapting the animated Rebels characters into the realistic Black Series, Hera is the first figure to truly fit both aesthetics at the same time. She’s even better than 2016’s Sabine Wren, which is a feat in and of itself. I sincerely hope Hasbro uses this outstanding figure as the standard for completing the crew of The Ghost in the future. 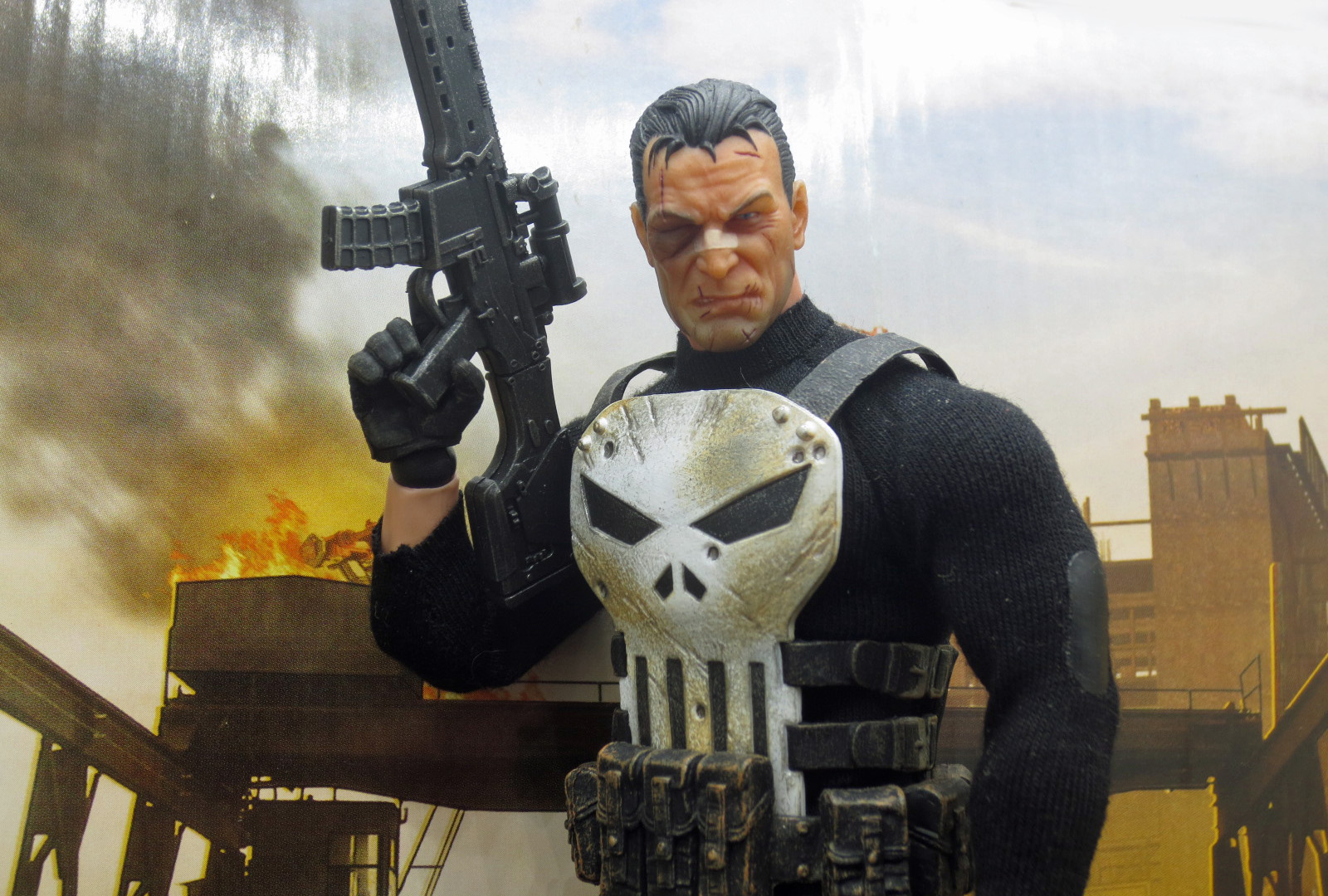 Dude, the Punisher has had SO many toys over the years. Can a new one really be considered the second best action figure of the year. If we’re talking about Mezco’s One: 12 Punisher, the answer is a resounding YES. In keeping with the Mezco/ Marvel style, this Punisher transforms the vigilante’s comic book outfit into something more real-world and practical, a style choice that not only lends itself perfectly to a character like Frank Castle, but allowed Mezco’s designers to get really thoughtful and creative in how they would approach their adaptation. I love small choices like the skull becoming a piece of body armor mounted on the figure’s kevlar vest. I love the staggering arsenal this version of Frank comes packing, right down to individual elephant shells and a removable blast effect. But mostly I love the personality of this figure, helped largely by the perfectly sculpted alternate heads he can display (the “battle damaged” Frank is my favorite figure portrait in forever). Adding all these factors to what’s already great about Mezco’s One:12 figures– the excellent articulation pattern, the expertly tailored costumes, the useful alternate hands, and flight stand display bases– makes The Punisher a true highlight, even in a toy line filled with highlights.

I had high hopes for Boss Fight’s Bucky O’Hare toy line. Bucky is a great underground property, and Boss Fight’s style fit this weird sci-fi/military/fantasy/talking animals vibe perfectly. And it was their first venture into licensed properties, after their stunning debut with Vitruvian H.A.C.K.S. in 2016. So yea, the expectations were pretty high for this guy. And Boss Fight blew those expectations out of the water them, all the same. Bucky’s sculpt is perfect, giving you the sense this figure genuinely just stepped off a page from Michael Golden’s sketchbook. The articulation is intuitive and incredibly useful– even moreso than the well designed HACKS Boss Fight is already known for– and allows Bucky a fantastic range of motion. He even borrows some concepts usually reserved for high end import toys, such as swappable faceplates with alternate expressions, which opens up even more great display options. And all these great attributes come together to form a figure somehow even better than the sum of his parts. You want accuracy to source material? Bucky keeps it 100. Want a figure that provides super articulation without compromising visual aesthetic? Bucky’s got that, too. How about a figure who’s simply so much fun to pose, customize, and play around with, that months later he’s STILL camped out directly in front of the computer screen, distracting me from writing on the daily? Bucky O’Hare is the action figure that did that for me in 2017. He is simply the best toy of the year, bar none. Bravo, Boss Fight!