10 Characters For The Flash Season 2 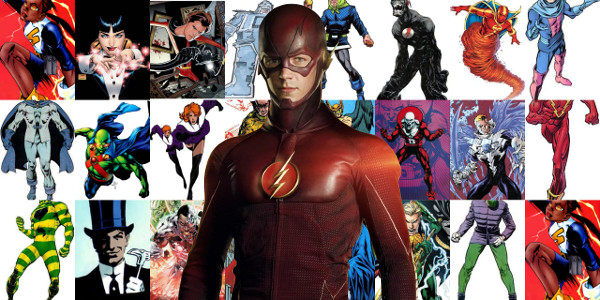 The Flash TV show has truly opened up the world of DC Comics to a larger and unfamiliar audience. Now the big question is where to go next? Here are 10 hopefuls for season 2.

I think it fair to say that The Flash pretty much exceeded everyone’s expectations. When the show was first announced, I was worried it’d suffer from poor visual effects. So glad I was wrong. The most amazing had to be Gorilla Grodd. I never thought I’d ever seen Grodd in a live action TV show in my lifetime. That seemed like something we’d have to wait for the movie or at least only in cartoons. But the producers pulled it off, and now the possibilities are almost endless on how far they can go with characters.

That being said, I thought about 10 characters I hope to see for season 2 especially seeing how the writers are hard at work on season 2 right now! 5 heroes and 5 villains.
Let’s take a look at my “wish list” for season 2 of The Flash: 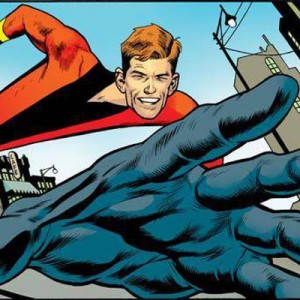 Who: Ralph Dibny is a professional detective that also has ability to stretch and shape his body. He first appeared in The Flash vol. 1, #112 (May 12, 1960). Ralph and Barry end up becoming fast friends and think of each other like brothers.

How: In the episode entitled, “Power Outage”, Ralph Dibny is mentioned as one of the people who seemingly died as a result of the particle accelerator accident that gave The Flash his powers. Of course this is said by Dr. Harrison Wells AKA the Reverse Flash, so it would be easy for the writers to just chalk this up to Wells lying.

The best way to introduce Ralph would be to have him and Barry friends, or even better roommates, in college. They both end up studying criminology, but obviously go in different directions. You have Ralph as a private detective and has to come to Central City on a lead. Don’t introduce the stretching powers as first, but have Ralph do his famous nose twitch. 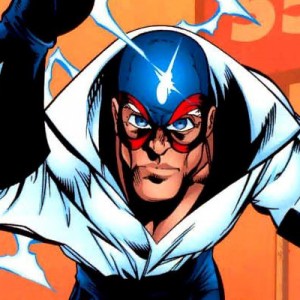 Who: Max Mercury first appeared in Quality’s National Comics #5, (November 1940), as Quicksilver. Almost nothing was revealed about that character except that he possessed super-speed and his secret identity had the first name “Max.” He was an unused character for years until writer Mark Waid decided to bring Max back when he was writing The Flash. Waid referred to Max as the zen-guru of speed.

How: With Wells gone, I feel that Barry still needs a mentor. You can have Barry hear about Max Mercury and seek him out for advice on how to better use his speed powers. Have Max reluctant to teach Barry and to use his own speed powers. Eventually a bond forms between the 2 men, and then Barry has a new speed teacher. 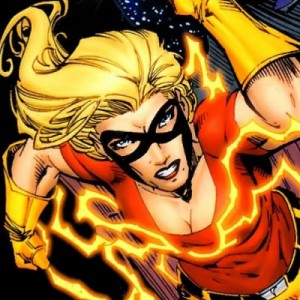 Who: Jesse Chambers is the daughter of Golden Age heroes Johnny Quick, a speedster, and Liberty Belle, a woman with enhanced strength. When Jesse first appeared in Justice Society of America (vol. 2) #1 (August 1992), she was a graduate student researching the impact of superheroes for her thesis. Jesse eventually adopted identity of the super hero Jesse Quick, using the powers that she inherited from both of her parents.

How: Keep Jesse as a graduate student and still researching her thesis. With all the new heroes now popping up, this really seems like the logical choice. Have Jesse be the one who tells Barry about Max Mercury. Then keep her around as a supporting character. 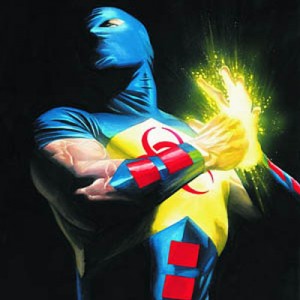 Who: Grant Emerson is the son of the Golden Age Atom. He was a DNA experiment created by the villainous Vandal Savage. Grant can generate a power charge that enhances his strength, durability, speed, and reflexes to superhuman levels. If he does not use the energy in the aforementioned manner he is forced to expend it in an explosive discharge.

How: In the same episode that Ralph was mentioned in, “Power Outage”, Grant Grant Emerson is mentioned as one of the people who seemingly died. You make his “death” as his body exploding. Several months later, have it reform. Have Grant have problems controlling his exploding powers. This will lead Barry to help him out, but of course Grant doesn’t want any help from anyone. 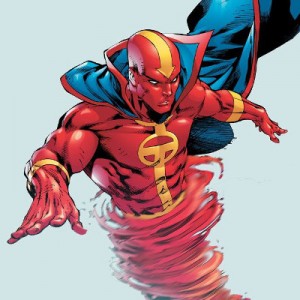 Who: Red Tornado isn’t a human, but rather a very sophisticated android created by the supervillain robotics genius, T. O. Morrow. Red Tornado possesses superior strength and durability, and capable of creating bursts of cyclone-force winds that enable flight, enhanced speed and the creation of storms. Red Tornado first appeared in Justice League of America #64 (August 1968) as a member of the Justice Society of America and then later became a member of the Justice League of America.

How: Still have him as a creation of T.O. Morrow. Start Red Tornado as an object of revenge against someone like Wells. Kind of play on the Frankenstein theme. Tornado ends up battling Barry, but eventually begins to develop a “soul” and overcome his programing and finds humanity. I know it’s a very old sounding plot, but I’d still love to see Red Tornado as a character on The Flash. 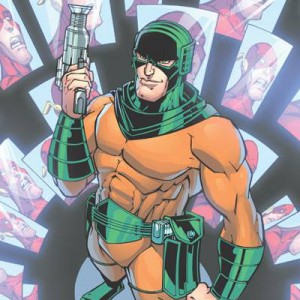 Who: Sam Scudder was a simple convict, but had the goal to learn how to get inside the reflection of a mirror. Stumbling into a hall of mirrors, he experimented and discovered a way to get in his own reflection. He used this power to become the criminal Mirror Master and was a frequent foe of The Flash. Mirror Master used several mirror like gadgets to produce fantastic effects such as hypnotism, invisibility, holograms, physical transformations, communications and travel into other dimensions.

How: Mirror Master is one of Flash’s main villains that has yet to appear on the TV show. One of the final Rogues we’re all waiting for. I’m willing to bet solid money that we will see Mirror Master in season 2. I wouldn’t do an origin story. Just have Mirror Master show up already equipped with his mirror gear. 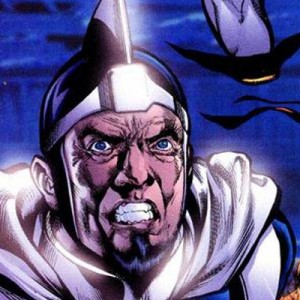 Who: Dr. Arthur Light was a minor but persistent foe of a number of heroes. He first fought the Justice League and, when he failed to defeat that group, he fought their sidekicks and former sidekicks, the Teen Titans. Dr. Light is a light manipulator, with the ability to control light for a variety of purposes. He can bend the light around him to become invisible, generate blasts of energy, create force fields, and fly.

How: Dr. Light is already mentioned in the Arrow episode “The Man Under the Hood”. Caitlin Snow and Cisco Ramon find a light-based weapon designed by him and use it to halt Deathstroke, explaining that Light is a former employee of S.T.A.R. Labs, fired two years prior “because he was a psycho”. So now that Light is established, it’s just a matter of him coming back for revenge on S.T.A.R. Labs which leads into a conflict with the Flash. For the TV version, I would keep with the light based technology as weapons 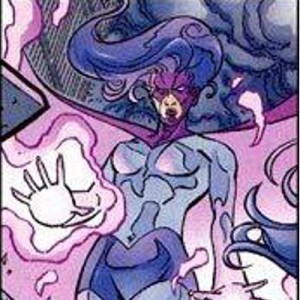 Who: Frances Kane is a longtime friend of Wally West (AKA the first Kid Flash). Later on, Wally and Frances become romantically involved. As a teenager, she was the only survivor of a car crash that killed her father and brother. Her mother blamed her for their deaths, believing her to be possessed by the devil. In reality, Frances had latent magnetic powers that were developing. Frances and Wally dated and eventually broke up. Frances later adopted a meta-human persona as Magenta, but found her powers fractured her mind – violently shifting her personality from positive to negative.

How: This is a story that just writes itself! A psycho ex-girlfriend who just happens to be a meta-human. Do I really need to go into more detail on this one? Just instead of Wally, make it Barry. Simple as that! 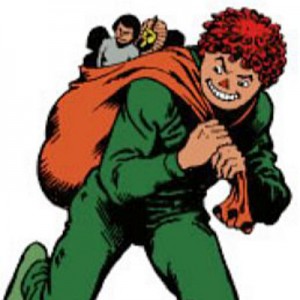 Who: Peter Merkel is a triple-jointed contortionist who committed crimes while dressed as a children’s toy. Rag Doll is a master contortionist and, in later years, successful hypnotist through oratories he delivers. His body is absorbent enough to withstand concussive forces capable of rendering most human individuals unconscious. He is an adequate marksman and typically relies on the element of surprise. He is a skilled thief, and augments his stealth with his ability to hide in unexpected places where a human normally couldn’t place themselves. 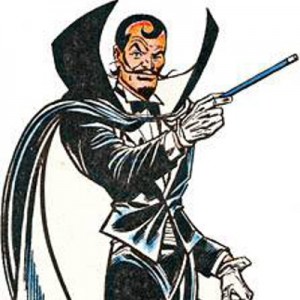 Who: Abra Kadabra was a stage magician in the 64th Century. However, due to the advanced technology of his era, there was no demand for performances by those in his profession. No magic tricks could rival what could be done by simple science. Driven by a desperate need for attention, he traveled back in time to an era that would appreciate his skill. With technology from the future, he crafted magical crimes that were always stopped by the Flash.

How: We already had one travel from the future with the Reverse Flash, so why not another? You have him hide as a stage magician. When Abra isn’t on stage, he’s out committing crimes with his future technology. The really interesting part is while Reverse Flash comes the 25th century, Abra comes from the 64th century, so he probably knows a lot more about Barry than Wells ever did.

And I have one bonus characters I really want to see on The Flash….. 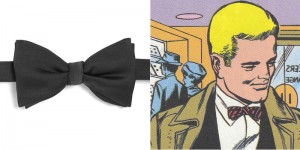 Yes, the bowtie. When I was reading Flash as a kid, Barry was always wearing a bowtie. Geoff Johns even made a small joke about it in Flash: Rebirth mini series. To me, Barry’s bowtie is right up there with Green Arrow’s boxing glove arrow. I know more people would like to see the Flash ring, but for me, it’s the bowtie.

Well, that’s my list of characters I hope to see in the upcoming season. But even if the producers don’t use any of the above, that’s not going to stop me from watching The Flash. It’s been an amazing first season and I can’t wait for season 2 to start. September can’t get here fast enough.