10 Characters Hasbro Could Include In Avengers Infinite Wave 4 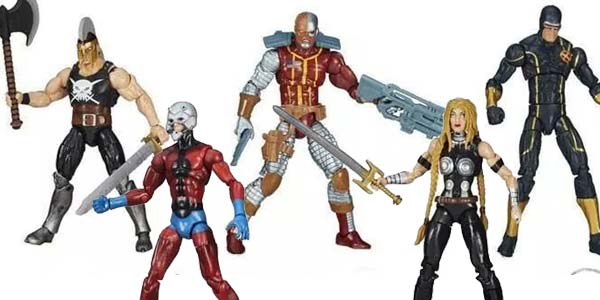 Hasbro’s Avengers Infinite series has four more figure slots to be filled.  Who should they include?

Avengers Infinite has done a commendable job refreshing the long-struggling Marvel Universe line, while still feeling like a worthy continuation of the highly articulated, fully detailed and comic based Marvel action figure line.  But with the recent reveal of previously canceled figures like Ant Man, Astonishing X-Men Cyclops and Valkyrie in the upcoming third assortment, Avengers Infinite kind of feels like Hasbro is hedging their bets– we’re seeing a series that might be the start of something new if the line connects at retail… or a way to settle “unfinished business” from Marvel U before the overall line burns out completely.

We’ve seen 19 characters revealed so far in Avengers Infinite, and back at Toy Fair Hasbro said 2014 would see 23 figures total.  That means the fourth wave should include those final four. There’s more figures Hasbro either has ready to go or have hinted at during Convention appearances or packaging Easter eggs… While there’s still an innumerable supply of characters to choose from, I’d wager we’ll see the fourth series made up of more of those displaced figures from the past.

Here’s a rundown of the characters we think would be prime candidates for Hasbro to include in Avengers Infinite Series 4, from least to most likely:

I’d love to see a 3.75″ scale M.O.D.O.K.  He’s one of the few Captain America villains yet to get the toy treatment in this scale, and he did appear as the character on the card back art of Marvel Universe Series [].  But since he’d require so many tooling dollars (he’d have to be basically an all new sculpt)… it’s not very likely.

Sasquatch is a character who has been mentioned a few times over the years as a candidate for Marvel Universe.  The idea was to release him along with a Wendigo variant.  Supposedly both figures were canceled, and like M.O.D.O.K. he’d require a lot of new parts to do properly, but the fact remains that he’d go a long way to rounding out Alpha Flight, and kids would probably dig a big monster figure.

This one has no evidence behind it, but Coulson seems like the ideal character for Avengers Infinite.  The SHIELD agent has been a long-time fan request, and he’d be easy to pull off– just add a new head to the Professor X body and he’s good to go.  It’s not very likely we’ll be seeing an Agents of SHIELD toy line, but adding a 616 comic style Coulson to this collection seems like a nice, practical nod to comic and movie/ TV fans.

Many of the characters we’re seeing in Avengers Infinite were personal favorites of Dave Vonner, who ran Marvel Universe when he was with Hasbro.  Death’s Head and Deathlok were figures Vonner championed, and Dazzler was another one on his list.  While there’s no knowledge of how far along a Dazzler figure was– if she got anywhere past a wish list– she showed up as the card back character in Series [], so there was at least some forward momentum on the action figure of this mutant.

Agent Hill was included in the Comic Con exclusive SHIELD Heli-Carrier, which many fans missed.  While some collectors might complain about the exclusivity of the character being negated by a mass release version, we saw Baron Zemo get a slightly tweaked and released after his Comic Con debut, and a female SHIELD agent has some army building appeal.

The Leader was the villain in Avengers Assemble Series Two, which was nearly impossible to find.  He’s an important villain, and re-releasing him in Avengers Infinite would be a great way to save on production costs while getting a highly coveted character back into the hands of collectors.

Northstar was intended as a swap-out figure for his sister Aurora in the final wave of Marvel Universe, but the swap never happened.  The Alpha Flight hero’s production was finished, so his figure is literally just sitting around waiting to be released.  He’d help round out Alpha Flight, and he’d be another easy fan pleaser if he makes his way to the Avengers Infinite line.

We have seen a few figures from the canceled team packs in Avengers Infinite– a reworked Thor, Valkyrie and Astonishing X-Men Cyclops were all intended for release in those scrapped multi-packs.  Skurge was the final figure in the Thor set, and the Asgardian villain would make a fine single release as a villain in the next Avengers wave.

A purple Ionic variant of Wonder Man was on display at Toy Fair this year, but he has yet to be officially announced.  This is a logical variant that, again, requires minimal tooling from Hasbro, so I think he’s a very likely candidate to be included in the next Avengers series.

I’m not sure we’ve seen another 3.75″ Marvel figure fans want as much as Emma Frost.  Intended for the X-Men three pack canceled last year, Emma is obviously ready for release, and she’s one of the last major mutant characters needed to round out the 3.75″ collection.  On top of that, she was a great looking figure, and would fit wonderfully to complete the Astonishing era X-Men team.

Like I said, there’s thousands of characters Hasbro could tackle in this new line.  And I’m sure at least a few of those final spots will be occupied by recasts or variants of the “A-list” heroes.  But I’d be more than happy to see any of the ten characters listed above make their way to the collection.  There’s demand for these figures, and most would be totally easy for Hasbro to pull off.  Fingers crossed, we’ll see some of the surface later this year in the toy aisles. 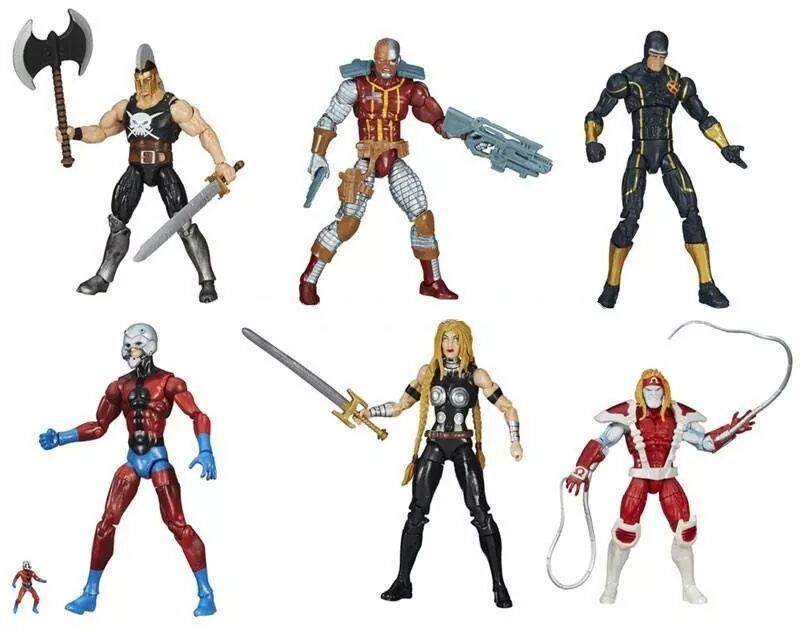