10 Cool Gifts For Geeks (They Probably Don’t Own) 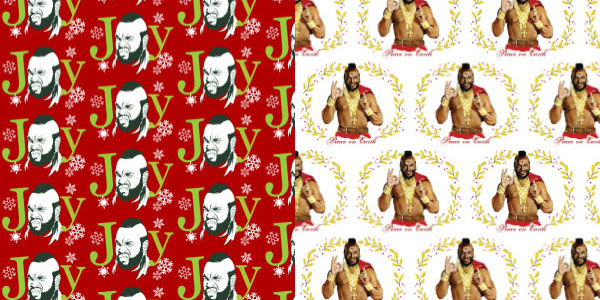 Here’s our picks for ten cool gifts for the geek on your Holiday shopping list (that they probably don’t already own)!

There’s a whole universe of gifts themed for nerds, geeks and our ilk.  But there’s only so many people you can track down an XBox One, or afford to buy a Breaking Bad Complete Series set for.  Add to that, we nerds are NOTORIOUS for our “gotta have it now” attitude, meaning many of our biggest wants– we buy, like, immediately.

That being said, here’s a list of some outside-the-box geek gifts that you can pick up without having to compete with crazy crowds in the stores, break the bank OR our inherent desire to own things too quickly. 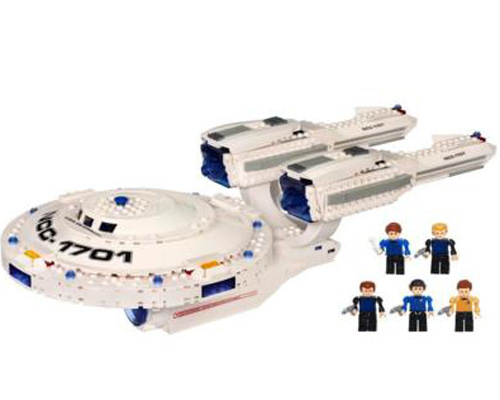 Of all the toys I have at my office, I don’t think I’ve ever gotten more compliments than on the USS Enterprise from Hasbro’s Kre-O series.  Yes, it’s based on the design from the sub-par Star Trek Into Darkness, but there’s something undeniably cool about a big, buildable Enterprise.

Hasbro Toy Shop has this big set in stock now for the great price of only $50. 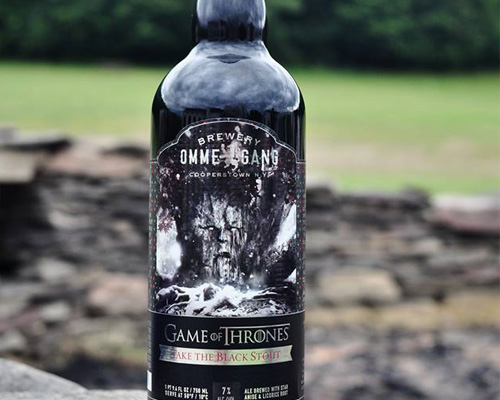 For the Game of Thrones fan on your list, Brewery Ommegang released their Winter edition Game of Thrones beer last month.  Titled Take the Black Stout, this rich, strong beer comes in an oversized bottle with a cork, and makes for a great gift for GoT fans and beer lovers alike.

You may have to hustle to find this one, but Ommegang has a store locator on their website, which can help you get started on your quest. 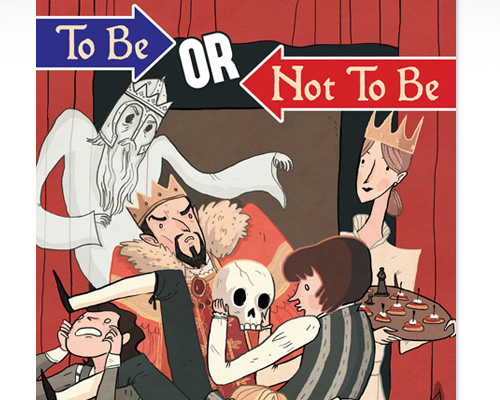 A choose-your-own-adventure book based on Hamlet would be rad enough.  But considering this adaptation was also created and written by Dinosaur Comics’ Ryan North, this becomes a must-read book.

The Kickstarter darling far surpassed its goals, and the book is in print now, and ready for the whole world to enjoy… To be, or not to be: that is the adventure!
CLICK HERE TO ORDER. 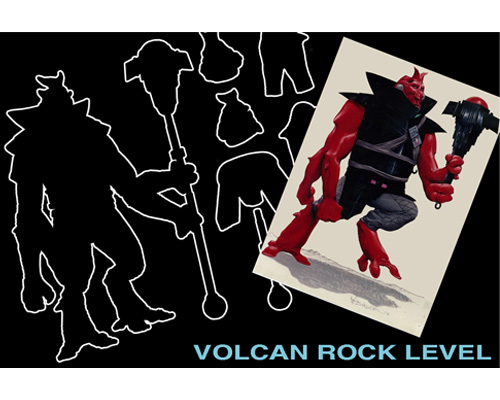 The Four Horsemen struck gold with their resurrection of the Power Lords, and while the toy line proper doesn’t kick off until 2014, the 80s toy collector on your list would be thrilled to get the gift of membership to the Power Lords Fan Club!

This Club is available in three tiers, but the Volcon Rock Level is the best bang for your buck– it includes all kinds of cool Power Lords, swag, a 10% discount and early access from all Power Lords products on the Horsemen’s website, and TWO exclusive figures, available only in this set! 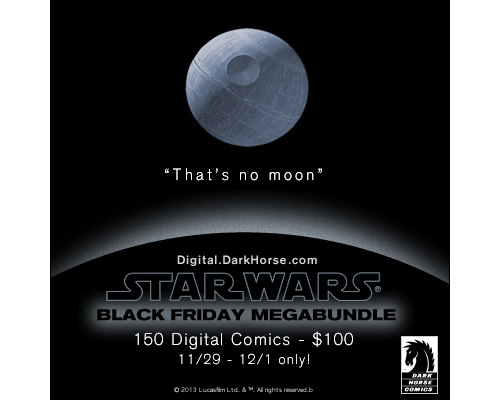 Star Wars’ vast Expanded Universe may not be for everyone, but Dark Horse is offering a killer deal with their Black Friday MegaBundle, which includes over 150 digital Star Wars comics for only $100.

Get classics like The Clone Wars, The Old Republic, and all three arcs of Crimson Empire. Get a taste of Brian Wood’s critically acclaimed Star Wars series. Or go back in time to the origins of the Jedi in Dawn of the Jedi, travel to hundreds of years after the films end with Legacy, and more! 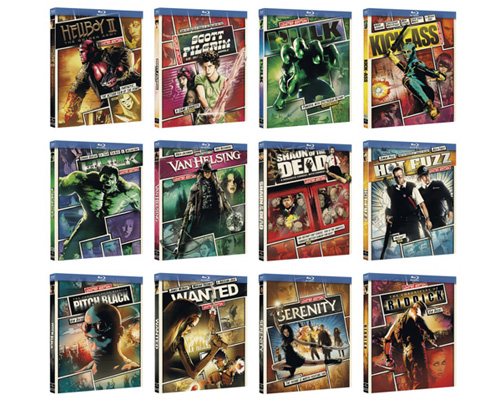 Part of Universal’s 100th Anniversary, the Reel Heroes collection brings some classic cult favorites like Scott Pilgrim vs. The World, Shaun of the Dead and The Big Lebowski– alongside some valiant failures like Van Helsing– to new Blu Rays with excellent comic book style covers and steelbook packaging.  It’s a sharp set, to be sure, and they’d look great on any movie fan’s shelf.

The pricing on these varies– there may even be a few snuck into the Black Friday sales at Wal-Mart and Best Buy– but they are worth picking up for the great packaging alone.

4. Paddle Your Own Canoe 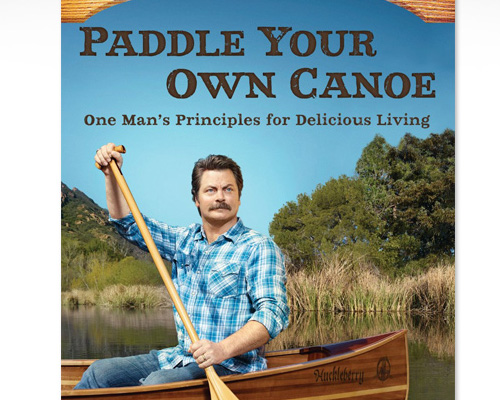 I think the geek’s “Manly-Man” gift of the year will end up being Ron Burgundy’s memoir, but for my money Nick Offerman’s autobiographical book, which follows him from the cornfields of Illinois to his amazing comedy career, to his woodworking side business.  All while offering a vertiable how-to guide to being the manliest man who ever manned.

Also available in audio book form, as read by Nick Offerman himself! 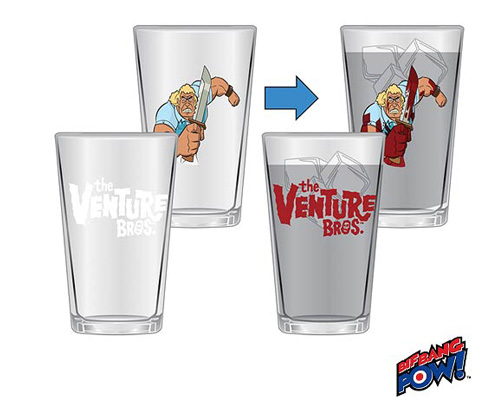 Entertainment Earth has the market cornered on cool Venture Bros. merch, and the coolest release this year are the Brock Samson color-change glasses.  The seemingly mild-mannered glasses, featuring the OSI agent and the Venture Bros logo, each get stained in blood red when the glass is filled with cold liquid.

It’s perfect for the character, and is sure to put a smile on the face of any Venture fan, no matter how often they use it. 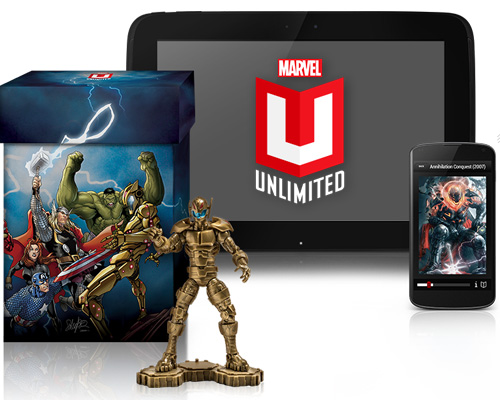 It doesn’t get better than this for comic fans– Marvel did a great job with the recent relaunch of their Marvel Unlimited digital service.  This year-long subscription gives you access to thousands of comics, from classics to current books, and even Unlimited exclusives, which can be read on most mobile devices. 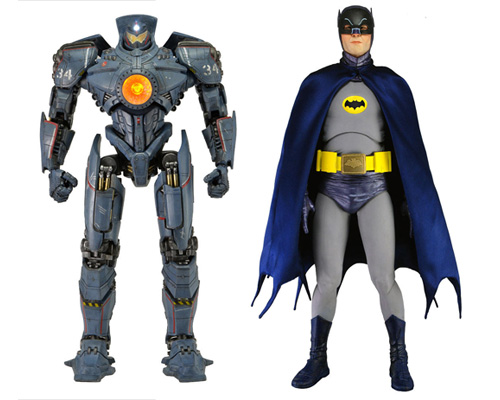 When it comes to action figures, 2013 has been the year of NECA, and they’re not done yet… The company recently released two mega-scale 18″ figures based on Gypsy Danger, the main mech from Pacific Rim, as well as a remarkably authentic Adam West 1966 Batman.

These huge, amazingly sculpted figures would be a great centerpiece for any toy collector on your list, and they are both available now at ToysRUs.com.

So hopefully now, you know what to pick up for the geeks on your shopping list… but what do you do when it comes to wrapping them up?  I like to turn to the always-awesome Brandon Bird, who has a great selection of Mr. T themed holiday greeting cards and wrapping papers.  What says “TMas” better than Mr. T himself, pitying the fool about to open their present? 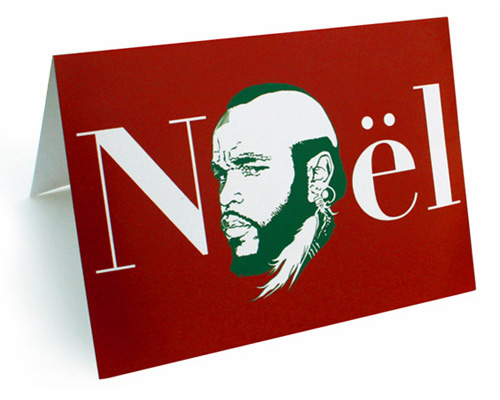 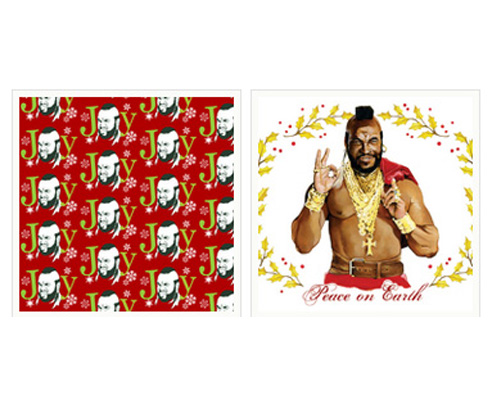