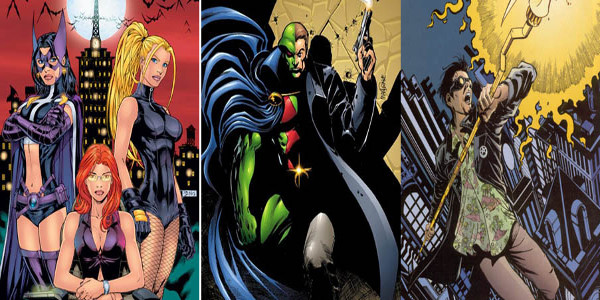 It’s becoming painfully obvious that Warner Bros/DC Comics can not get their act together with movies. But what they lack on the big screen they make it up in spades in TV shows.

Arrow starting it’s 3rd season shortly and it’s spin-off the Flash on the CW, with iZombie as a mid-season show. Gotham on Fox. Constantine on NBC. And now rumors of a Supergirl and Teen Titans TV show. Just about every channel is having a show based on a DC comic book. (Except ABC, but they’re Disney/Marvel only)

I started to take a look at the DC Universe and tried to figure out what other properties might make great TV shows.

Now this isn’t a definitive list, but I tried to take into account how much a TV budget would be.

Well, that’s what I could come up with so far. I know there are some other great books out there that would make for some great TV, but these are the ones that just pop into my head.

And some of them might work better in the movies rather than television.

Who knows, maybe someone will see these, take the idea, and run with it.

One can only hope!