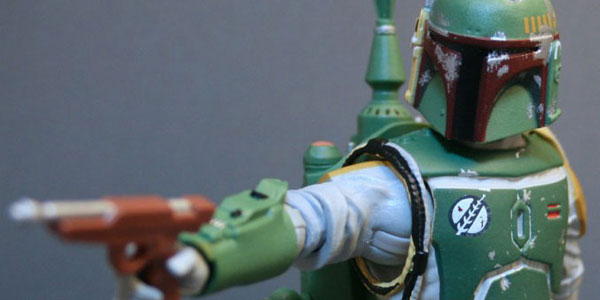 We break down the ten coolest, most fun and overall best toy lines of the year.

2013 was a year which seemed like many companies found their stride.  It was a year that saw a big improvement in distribution, making the days of toy hunting fatigue somewhat obsolete, collector skewed toy lines found a new mass retail audience, and most importantly, we saw the release of some truly outstanding toys and some toy lines we’ve been dreaming of for years.

Here’s our picks for the ten best of those toy lines in 2013: 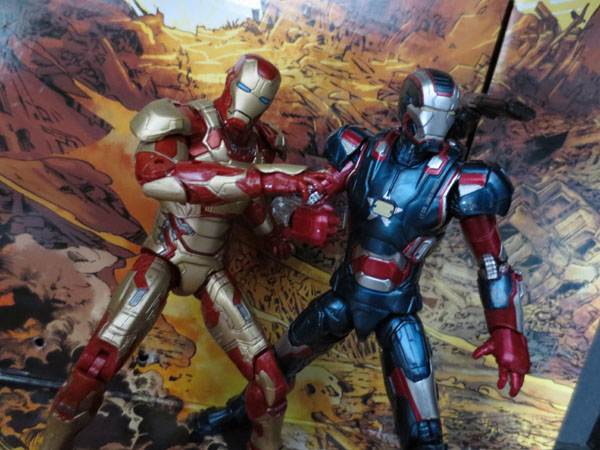 Hasbro is reinventing their Marvel Legends line in an exciting way, one that should put an end to limited supply, wishy-washy toy buyer attitudes and hard to find figures.  They used Iron-Man Legends as their first attempt at tying high quality, collector-oriented action figures directly to the ever-important media property of he year (Iron-Man 3 in this case), and it worked like gangbusters.  Not only were all six Iron-Man Legends readily available at retail, but they included some awesome figures such as the movie style Mark 42 and Iron Patriot, a pretty clever kitbashed Ultron, and of course, the amazing Iron Monger Build A Figure. 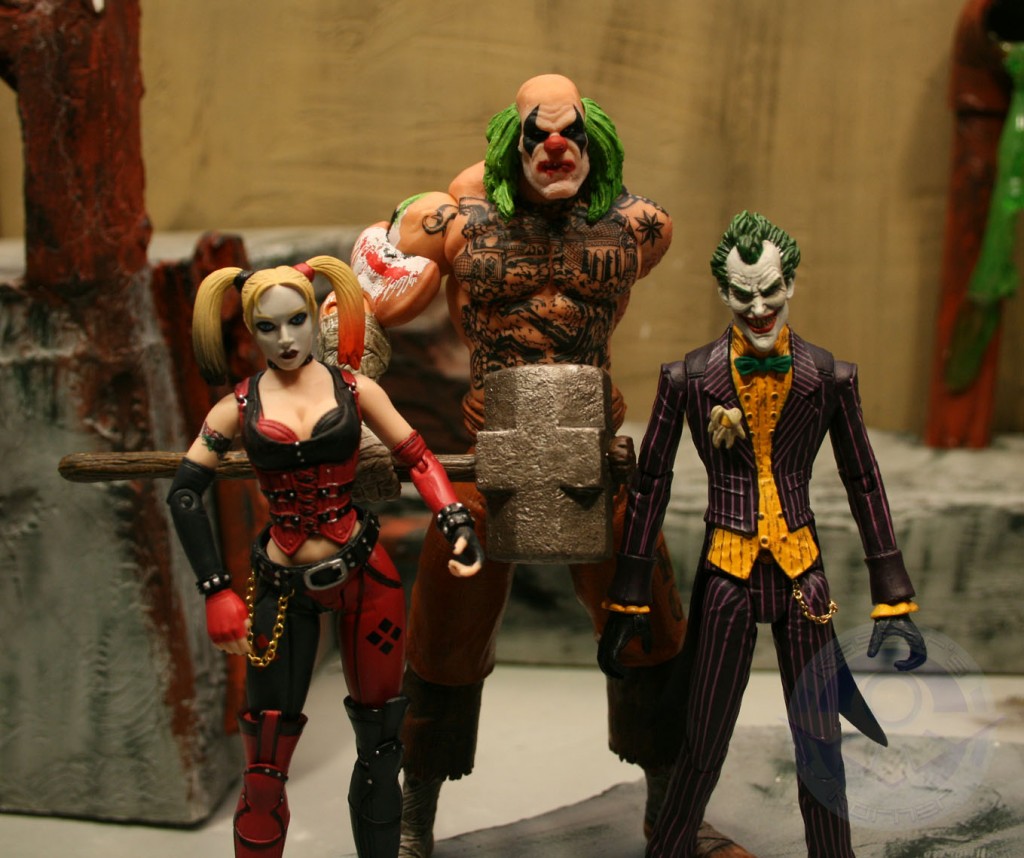 The games have been amazing over the past few years, so it only stands to reason the figures would be too. DC Collectibles recreated the world of Arkham in figure form almost perfectly. The early waves of the line were made up of a group at a time, and this year that has slowed  down, but the quality has only increased. With figures like Hammer and Sickle rounding out the goon squad from the game, and Bane as one of the most impressive figures I own, this line gets better with age. 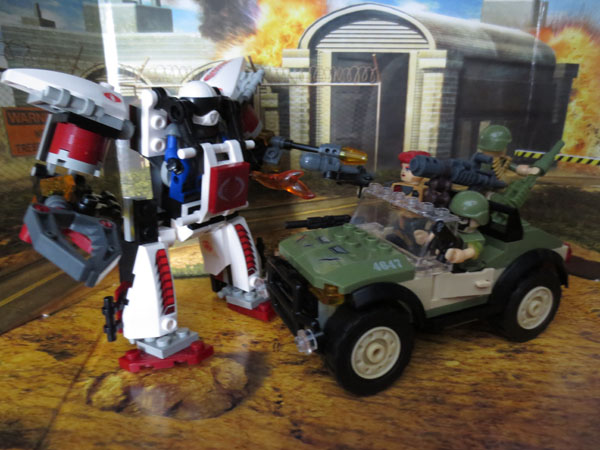 Utilizing mostly existing molds from the Transformers and Battleship Kre-O sets, I didn’t expect much from the GI Joe Kre-O collection.  But once I checked out a few sets, I realized how perfect the Joe universe is for brick toys, and have since purchased nearly every set in the Toys R Us exclusive line.  With fun buildable takes on classic Joe and Cobra vehicles, as well as an awesome range of minifigures covering everything from Real American Hero to Adventure Team, GI Joe Kre-O are as fun to play with as they are addictive to collect. 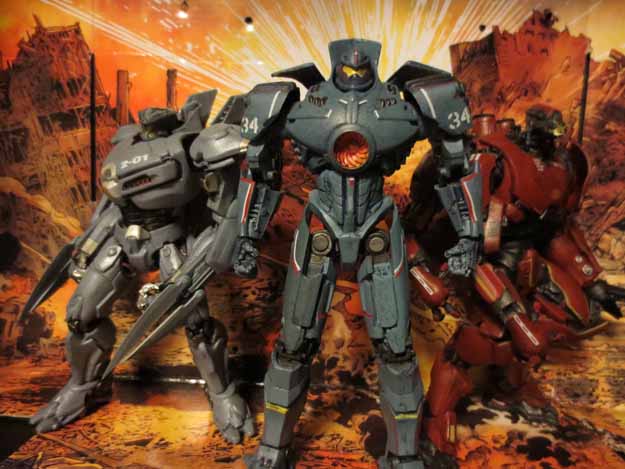 Guillermo Del Toro’s Jager vs Kaiju epic was one of the highlights of the summer, and NECA’s toy line was a surprise hit, with the first wave selling out lightning fast and new products continuing to fly off the shelves.  While the initial figures were slightly simplified in a failed attempt to attract Wal-Mart to carry the line, the figures still looked amazing, and NECA upped the quality by leaps and bounds with Series 2, which they will take to the next level with future assortments in 2014. 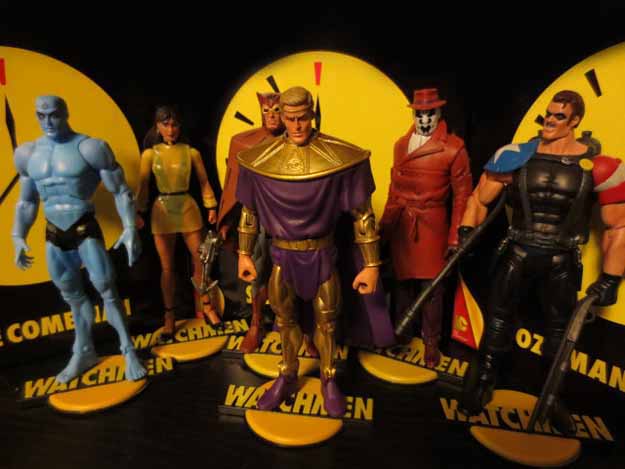 We’ve been waiting for nearly 30 years for someone to do justice to Alan Moore and Dave Gibbon’s graphic novel in plastic form, and Mattel did just that with their Matty Collector exclusive Watchmen series.  Capturing all six of the core Minutemen characters in 6″ scale, these figures feature far more detail, accessories and even excellent packaging to stand above virtually everything else Mattel released this year.  It’s a shame this line is ending with these six, because I’d stick around for the long haul if the series were to continue with supporting characters and variants of our heroes. 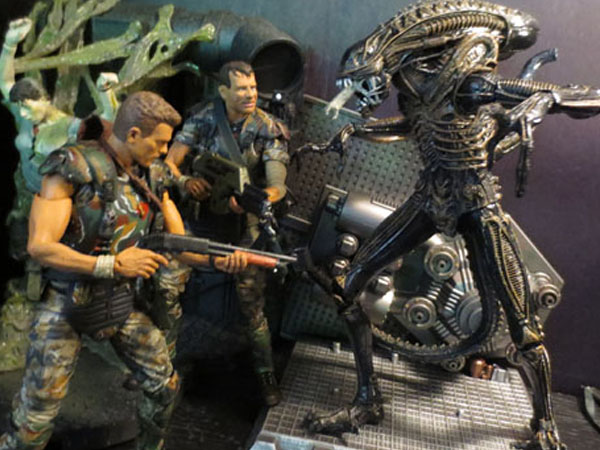 We didn’t see a huge amount of Aliens toys from NECA this year, but each one was a winner.  The basic figures launched this summer with an amazing new hyper articulated Alien Warrior, as well as Hicks and Hudson, the best Colonial Marine toys we have ever seen released.  Packed with articulation, screen accurate detail and lots of accessories, the Marines were great figures, and a suitable match for the fantastic new Xenomorph.  Since then, we’ve also seen the release of some clever two-packs and a fun Alien egg with spring-loaded Face Hugger.  This exciting collection is just getting underway, but 2013 saw it off with a great start.

4. The Walking Dead by McFarlane Toys 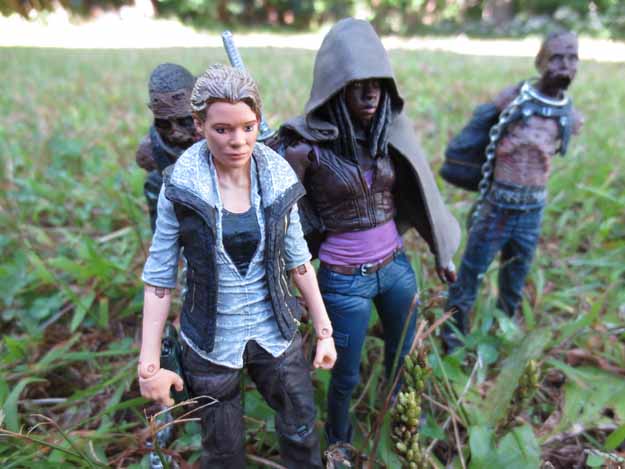 I can’t think of many toy lines which improved as quickly or as dramatically as McFarlane Toys’ The Walking Dead.  2013 was the year it all changed, starting with the release of the incredible TV-style Michonne and Merle Dixon.  These figures sported amazingly accurate sculpts and ramped up the articulation to make for some truly great toys.  And McFarlane continued the trend with another fine set of TV figures this fall, as well as hyper cool comic book style figures such as The Governor, Negan and Glenn in his riot gear. 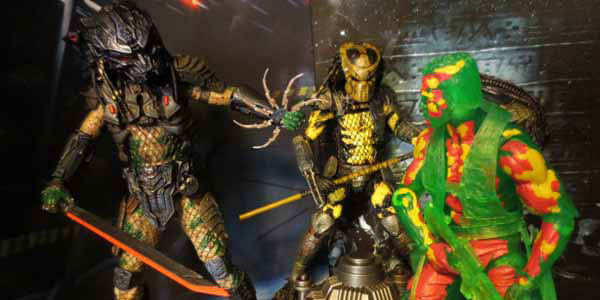 With virtually every on-screen hunter captured in plastic, the long-running Predator line by NECA seemed like it was reaching its end.  But 2013 saw the toymakers expand in some remarkably cool and creative directions– not only were we finally treated to some amazing figures of Arnold Schwarzenegger’s Dutch, but NECA went way outside the box, incorporating Predators from the Dead End fan film, Kenner’s vintage 90s toy line, and original designs like the Borg Predator.  It proved there’s lots of life left in this line, and the figures being produced continue to serve as a benchmark for what a collector line should be. 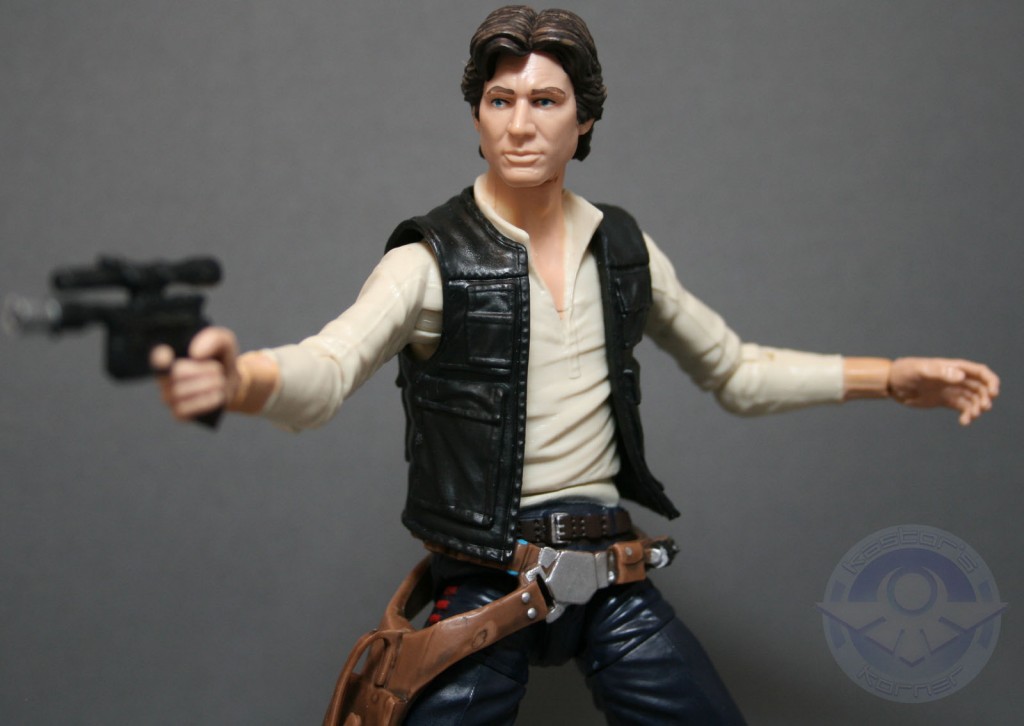 The much-discussed Star Wars Black Series was one of the most eagerly anticipated lines of 2013, and Hasbro came through in a big way.  While the new 6″ scale seemed like a gimmick to draw exhausted collectors back into re-purchasing the whole Star Wars universe, the increased size allowed Hasbro’s design team to create the best looking Star Wars toys ever.  From the gorgeous, stark packaging, to the incredible level of detail, ample articulation, accessories and smart swappable parts like Han Solo’s gloved hands, Star Wars Black really is the Star Wars toy line collectors have wanted for years. 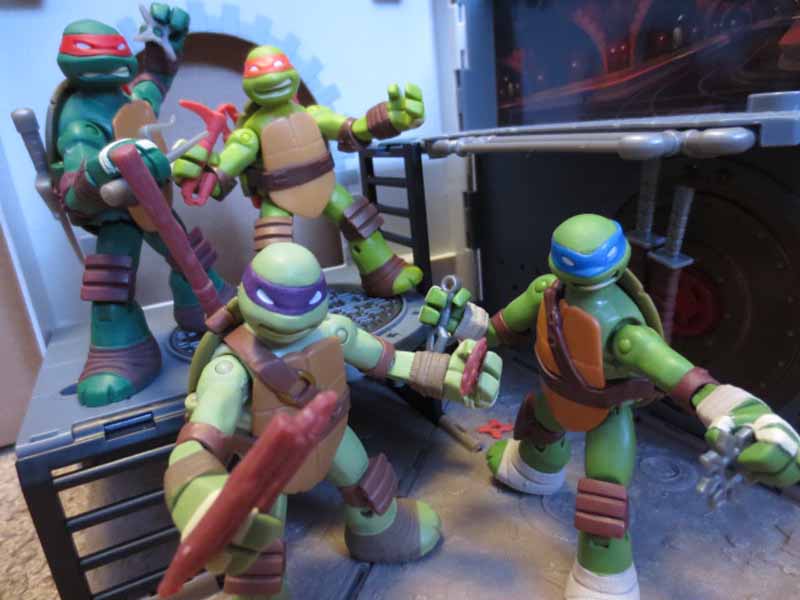 Walking into any empty toy aisle, whose shelves just two weeks ago were bogged with case upon case of figures, it’s impossible to deny the impact of Playmates’ TMNT line.  A smash hit with both collectors AND kids, these great figures have sold at an uncanny pace, and Playmates has done a great job of meeting demand with an adequate supply.  The figures themselves are fun, with good sculpts and interesting character designs, and the variety of Turtle variants, villains and side characters has been great.  The ease of purchase, even for the newest figures, makes this line a joy to collect.  Factoring in cool extra releases like the Pop-Up Pizza Playset and the TMNT Classics Bebop and Rocksteady alongside the obvious wild popularity of this line means it would be hard for the heroes on the half shell to not top this list.