The 12th Doctor Gets His Screwdriver 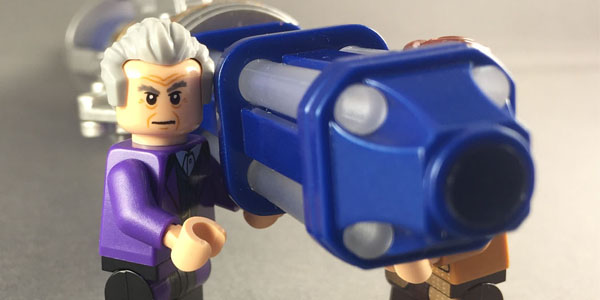 In Peter Capaldi’s debut season, the 12th Doctor continued to brandish the green sonic carried by his predecessor. Then the show experimented with a radical and controversial change: The Doctor discarded his sonic screwdriver in favor of a pair of sonic sunglasses. However by the end of the season the Doctor received a new screwdriver directly from the TARDIS as a gift. The Doctor’s current Sonic Screwdriver debuted in episode “Hell Bent.” This brand new sonic screwdriver comes with a completely revamped look, and at last the 12th Doctor got his very own mode.

Now I wish I could tell you that once out of the package I quickly loaded it into the Tardis deck finding myself traveling through time… but I don’t think they have worked on those kinks yet. As you know, Gallifreyan technology is highly sought after and I am sure they don’t want those secrets leaking out to the public.

With Sonic Screwdriver in hand I can tell you the coloring and structure look like the sonic is straight from the Tardis. It has a good weight to it and fits naturally in the hand. The wheeled thumb grip looks and feels great to the touch with a simple push / pull motion. This sonic screwdriver looks stunningly aesthetic, the blue paintwork tying in with the Tardis, whilst the light section at the top reflects the Tardis’ time rotor. Keeping true to the series the very bottom of the sonic protrudes out a little, as the plug in point to the Tardis. So I am all set once I get the Tardis in the spare room up and running. (Don’t worry it is safe, I have carefully camouflaged it as boxes of books and office supplies.)

As for features, for the very first time in a sonic, there are both blue and green light modes with 4 different light FX and sound FX modes. Pushing up once will give you the static green light mode with the familiar baseline sound FX. Pushing down once will give you the static blue light mode with the familiar upper baseline sound FX. While I wish there was more differentiation in the sounds it is a great improvement from previous versions.

While gone are the legal text and copyright statements and the ugly battery component, it does make finding where the batteries are difficult. But I prefer it this way, it keeps the surface clean and not cluttered.  Just like the legal text, all can be found housed inside the sonic. This can be done with a twist and pull motion revealing a blue piece where you can replace the watch-sized batteries. It is easy to remove without putting a glitch in time travels.

This doctor’s sonic is absolutely amazing. They really pulled out all the stops on the design. It is a faithful recreation of the current Twelfth Doctors Sonic Screwdriver, which is sure to please fellow Doctor Who fans. 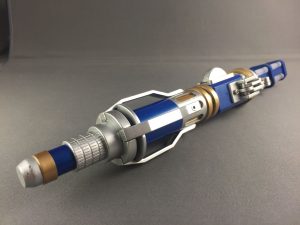 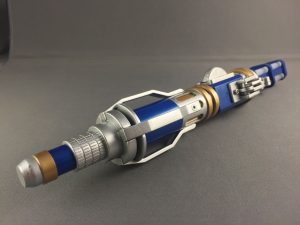 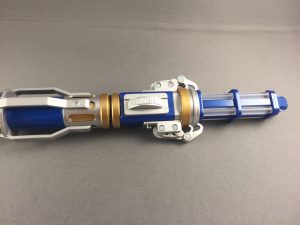 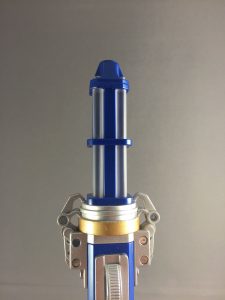 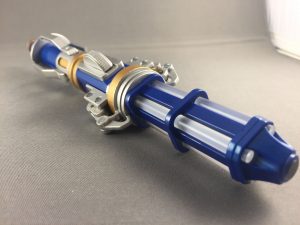 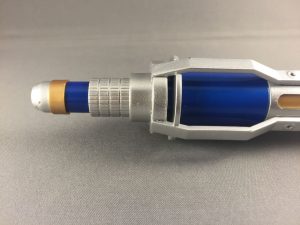 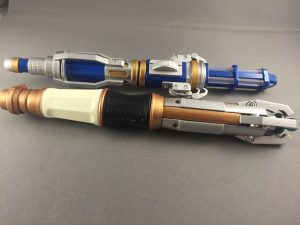 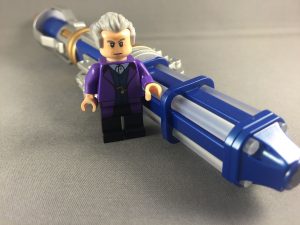 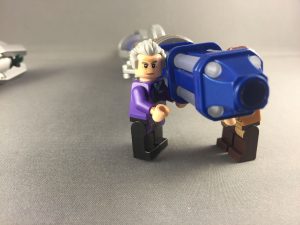 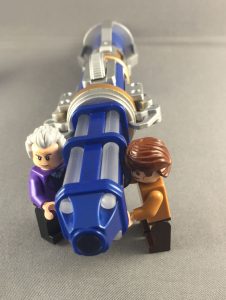 *Thanks to Underground Toys for the sample