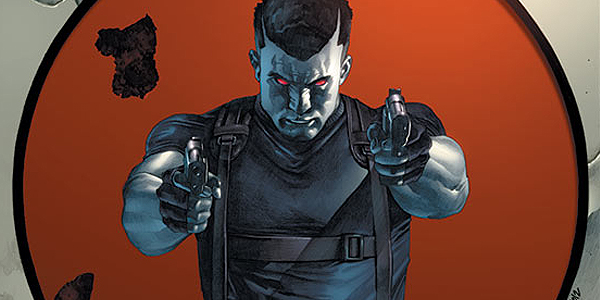 Following the relaunch of X-O Manowar and next month’s Harbinger, Valiant’s blockbuster title Bloodshot will be hitting shelves July 11th.  Written by Duane Swierczynski, with art by Manuel Garcia & Arturo Lozzi, this iteration of the character has a capable team at the helm to deliver what we hope will be a stellar title.  If the preview artwork is any indication, the book will be every bit as exciting as the original run in the 90’s.

It’s tough to tell from the press release exactly what direction they’ll be taking with Bloodshot’s origin as it doesn’t mention anything about the mob aspects of the original, instead focusing on the title’s military themes.  One panel of the preview art appears to show Bloodshot getting blown apart in a rather dramatic fashion — so let’s hope his healing ability is still intact or this is going to be a really short series.  Check out Valiant’s official press release and some really great artwork from the upcoming title (click the thumbs for high res versions) and check back for a full review on July 11: 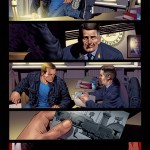 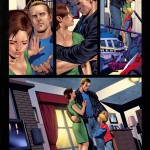 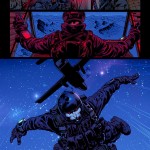 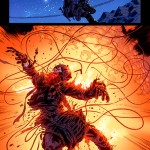 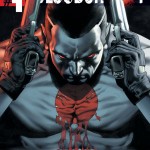 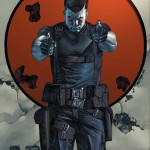 “Your name is Angelo Mortalli. Your brother is trapped behind enemy lines and on the verge of — no. That’s not right. Your name is Raymond Garrison. You’ve retired from the dangers of the field, but a desperate plea from your oldest friend plunges you into a vicious firefight that — no. That’s not right, either. You are Bloodshot. You are the shade of gray that freedom requires. The perfect confluence of military necessity and cutting-edge technology. A walking WikiLeaks that is a powder keg of dirty secrets waiting to explode. But now you’ve just been captured, and you’re about to find out once and for all what’s more deadly: you or what’s inside your head?

This July, every mission is a suicide mission and even death won’t stop your tour of duty. Go back behind enemy lines with one of comics’ all-time bestselling heroes when Valiant unleashes Bloodshot #1 – on sale July 11th!

Don’t forget to ask your retailer about Mico Suayan’s Bloodshot #1 Pullbox Exclusive Variant, available only at your local comic shop. And look for an uncensored sneak peek at Bloodshot only in Harbinger #1, the first issue of Valiant’s next staggering series, by New York Times bestselling author Joshua Dysart and Harvey Award nominee Khari Evans – on sale June 6th!