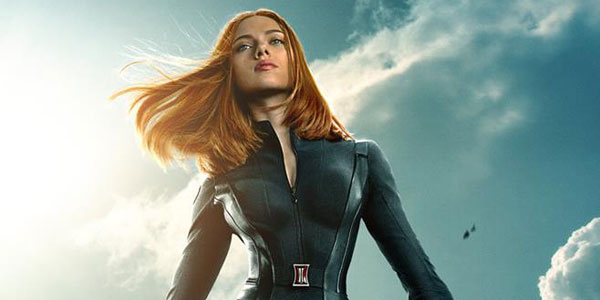 It definitely adds to the theory that the Soldier’s true identity will be played as a surprise (although not a very surprising one, for comic book readers)– I’d imagine the inevitable Super Bowl teaser will also feature Cap’s mysterious new foe and paint him in a rather negative, or at least enigmatic light.

As for these new posters, I like the simplicity of them; we’ve seen so many “person just standing there” posters at this point, but all three of these shots feel very telling of the characters (Cap, reflective and pensive… Black Widow ready to reign down in combat… Fury hunched over his table, mid-scheme).  And all three are very clean, too, without tons of annoying flying debris in the background– just the figures standing in front of a predominantly lit sky.  I’d love to have all three of these hanging on my wall together, actually!

I can’t wait to see what Marvel has in store for us during the Big Game.  I’m totally expecting to be jazzed by our next look at Captain America… Fingers crossed we might see a little something for Guardians of the Galaxy, too! 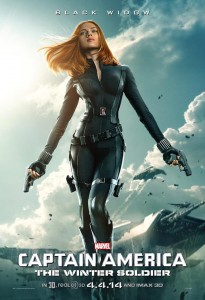 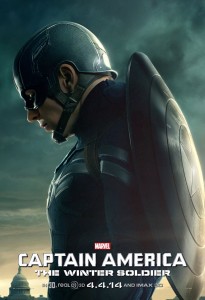 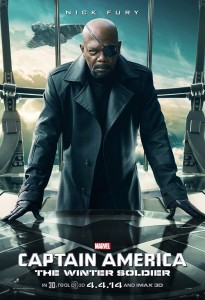