Do We Really Need 30 Variant Covers For Dark Knight III: The Master Race 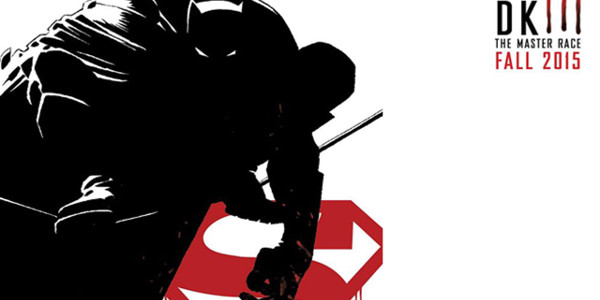 And we need this many variant covers because?????

Today, DC comics revealed the first of 2 variant covers for the upcoming series DARK KNIGHT III: THE MASTER RACE. The book is the 3rd in the Dark Knight Returns series, created by Frank Miller. This time around, Miller will be writing with Brian Azzarello. 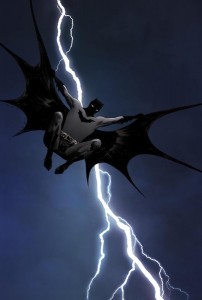 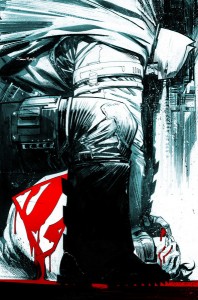 DC also announced that there would be a total of 30 variant covers for this series. You can read all about the details on DC Comics website.

Now, I’m far from a fan of variant covers. I just don’t see a point to them, so I usually just don’t buy them. No point in complaining about this old marketing strategy. Just better to talk with my dollar.

What IS bugging me, is that we know we are getting 30 variant covers for a book we know NOTHING about.

I’m not joking. This is what DC Comics has for a description of DK III in their solicitations:

The epic ending you never saw coming is here because you demanded it! The Dark Knight rises again to face the dawn of the master race!

Seriously? That’s all we get? All this hype and we can’t get a little ounce of a plot? Nothing?

But DC has no problem letting us know about 30 variant covers for a 3rd act to a trilogy no one ever wanted in the first place?

Am I the only who remembers that the sequel to The Dark Knight Return, The Dark Knight Strikes Back, was a freaking train wreck that was 3 issues and took 8 months to tell. It was considered a critical failure to many.

And to follow it up, Miller gave us All Star Batman & Robin, the Boy Wonder, which was a just a God-awful story covered up by pretty pictures by Jim Lee. The series that gave us the famous line “the Goddamn Batman.”

I try not to judge things before I read them, but if you’re not going to let me know the plot, then I’m going to pass on all 30 variant covers.

But then again, I’m not a sheep like most of the fans out there and would rather not show my support by not buying DK III.

I’ll probably end up borrowing it from my library when it comes out in trade paperback.