A Look At 3A’s Judge Death 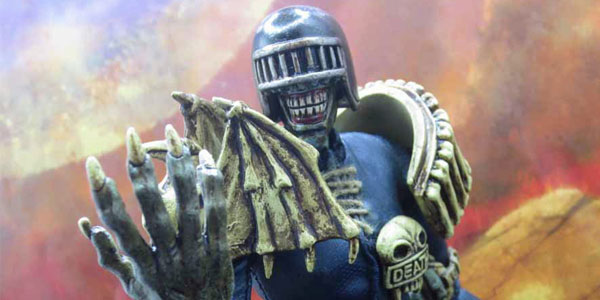 High-end 1:12 scale action figures are all the rage right now, and one of the forerunners of this style is 3A, who have been creating some remarkable mixed media toys.  One of their newer lines is based on the cult classic 2000AD series Judge Dredd, and the line is expanding to include more characters than just our main (anti) hero… starting with Judge Death.

The most notorious Dark Judge in Dredd’s mythos, Judge Death features one of the coolest, creepiest designs in comics, and 3A’s action figure captures his dessicated, ghoulish look perfectly.   Death is skeletal and emaciated, with oversized, claw-like hands and feet, and a rotting, zombie-like face grinning beneath his helmet, and this figure’s all new sculpt does a great job rendering his unnatural proportions.

Death’s thin limbs lend themselves perfectly to the ample amounts of articulation in this figure, allowing him a great range of motion– we get a ball jointed neck, ball shoulders, two ball joints in the torso, double hinged elbows and knees, ball wrists, ball hips, ball ankles, and even hinged toes on his big, weird feet.  The articulation is all hidden underneath the very well-tailored nylon-like fabric costume, which could not look better.  Cloth outfits on small scale figures is always risky– the slightest misstep can lead to a figure whose costume looks too bulky and unrealistic– but 3A are more than up to this challenge.  What I love most about Death’s outfit is, it actually DOES bunch up and wrinkle in places… completely intentionally.  The wrinkles in the Dark Judge’s uniform highlight his emaciated appearance, and a subtle weathering effect across the patterned fabric ups the creep factor of this guy. 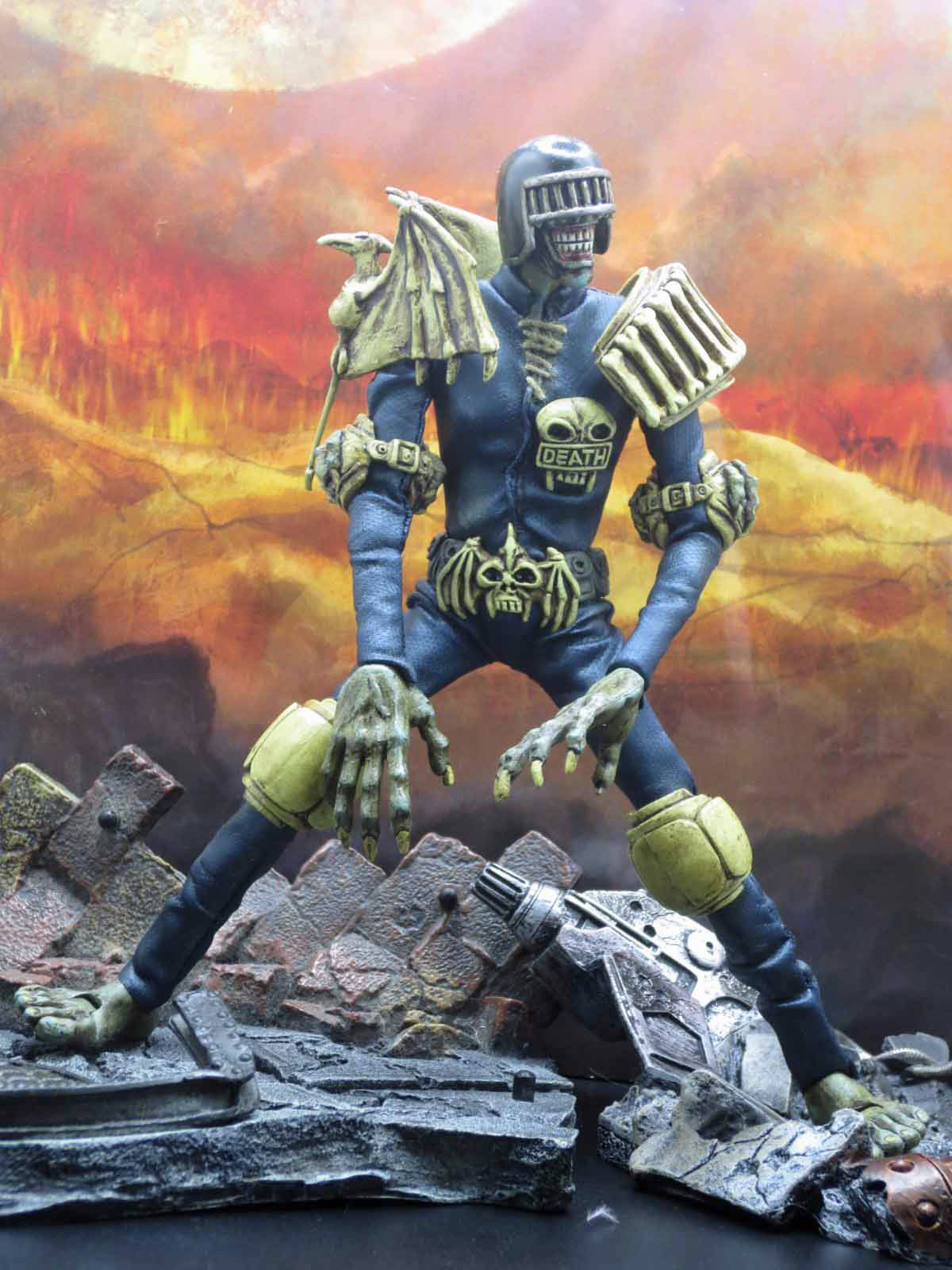 Of course, the great, demonic gear that makes up Judge Death’s armor also helps him come off as creepy as possible.  The sculpting is top notch on Death’s skeletal shoulder pads and badge, and especially the fingers lined up on top of his elbow pads.  3A’s paint work is fantastic, conveying a layered effect that adds realism to the bones of Death’s armor, and well as highlighting the intricacies of the sculpting.  The gear is not removable, and while I prefer Mezco’s ingenious use of magnets to hold their One:12 Judge Dredd’s shoulder pads in place, 3A’s Judge Death and his entire elaborate costume both feel sturdy and secure.

Judge Death’s omnipresent sneering smile is re-created perfectly on this figure, as is the knight-like slat visor on his black helmet.  I love the varying degrees of gloss used on this guy’s head– the helmet and Death’s gums both get a high gloss finish, while his visor and green skin are more matte.  If I had one complaint about the figure, it would be that his head is sculpted as a solid piece.  With a figure this intricate and detailed, I would have loved to see a full face sculpt here, with a non-removable visor and helmet on top of it.  This was the design choice used on the (really good) Toy Biz Judge Death figure from about ten years ago, and I think it would have added more eerie depth to Death’s monstrous visage.

While Death lacks many accessories, he does include an alternate set of hands, so the figure can be posed with his fingers spread out or together.  The hands pop on and off the ball jointed wrists with ease, and these extras lend themselves to a nice range of poses.  Since Death doesn’t typically use weapons in the comics, you can’t fault the figure for being light on accessories.

The 2000AD figures are packed on a stark, oversized black and white blister card, featuring art from the character’s comic book appearances.  The sleek, simple design does a great job of spotlighting the figure itself.  I think I prefer the flashier, layered box packaging on lines like Mezco’s One:12 Collective, but the blister card approach is certainly unique for this caliber of action figure. 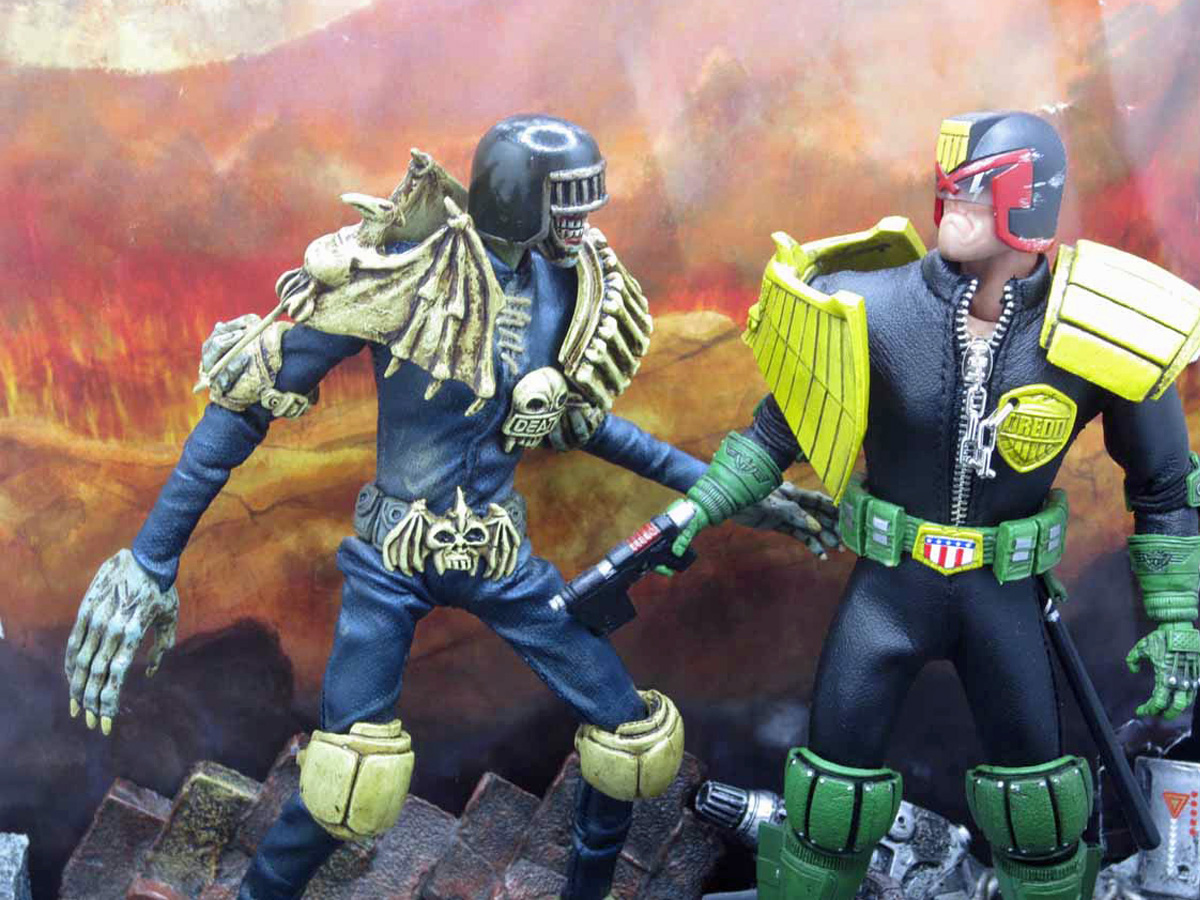 Speaking of Mezco, the biggest appeal of 3A’s Judge Death might be how seamlessly he fits in alongside the One:12 Dredd.  Both figures looks like they just stepped off the comics page, and they’re in perfect scale with one another, in terms of size, levels of detail, and even their mixed media aesthetic.  Between these two, the Lawmaster cycle Mezco is set to release any day now, and more Dark Judges waiting in the wings from 3A, we’ll soon be able to mix and match together a definitive Dredd toy line… and that’s pretty awesome!

3A’s Judge Death is available now.  If you want to add this Dark Judge to your collection, visit our friends at Mike’s Comics N Stuff, and order yours today. 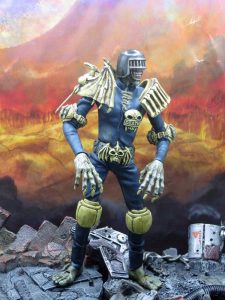 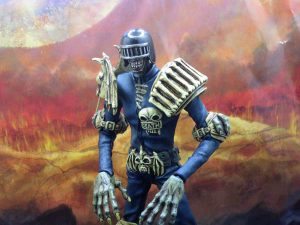 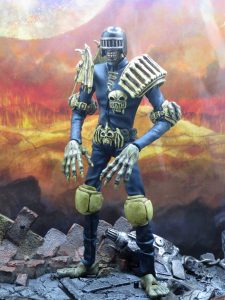 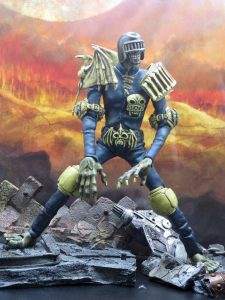 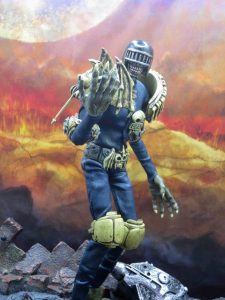 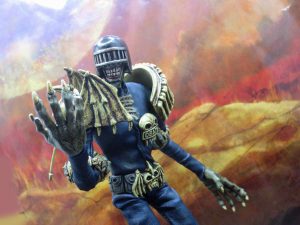 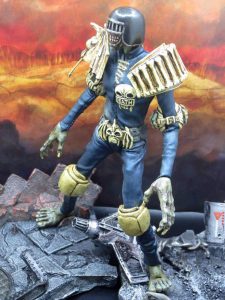 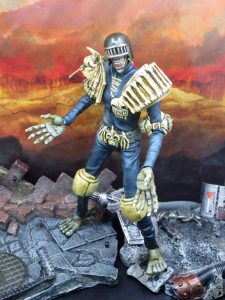 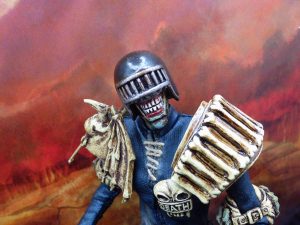 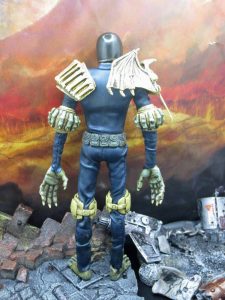 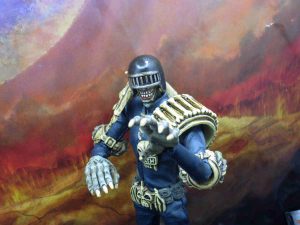 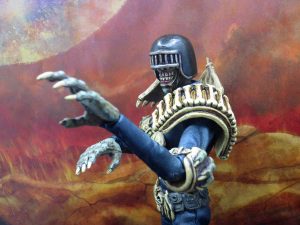 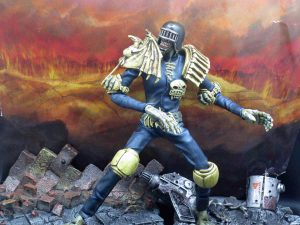 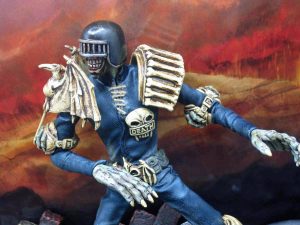 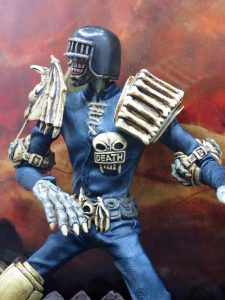 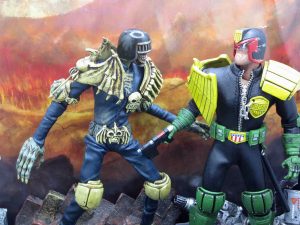 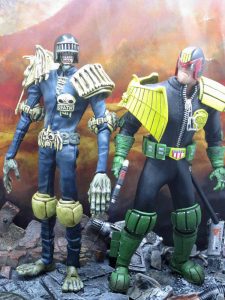 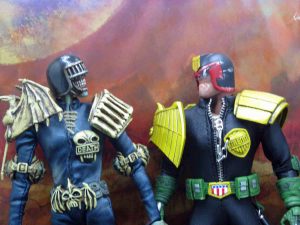 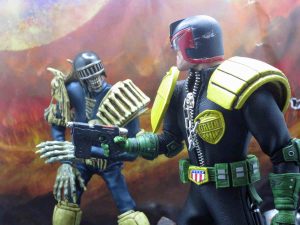 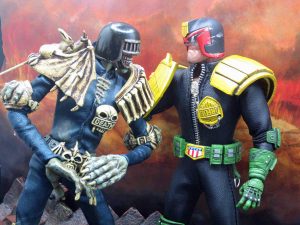 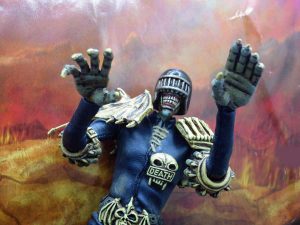 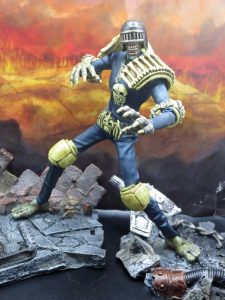 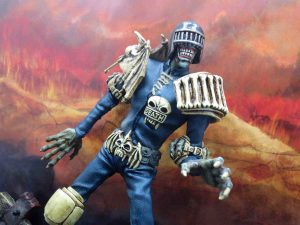 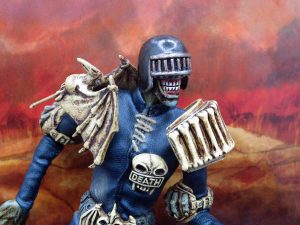 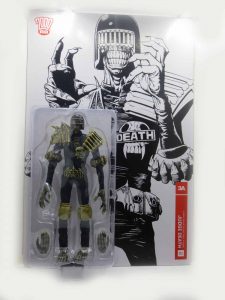 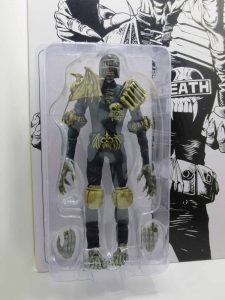 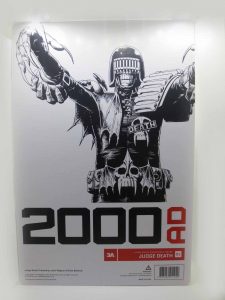