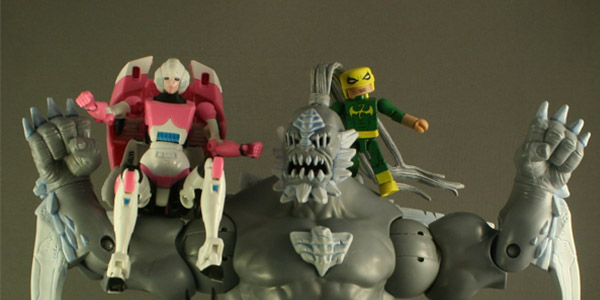 This was a hard year with so much out in stores, but I was able to narrow down my top 5 toys of 2014

I have gotten more selective over the years, so most of the figure I get are the best there is out there. So picking only 5 was hard this year. 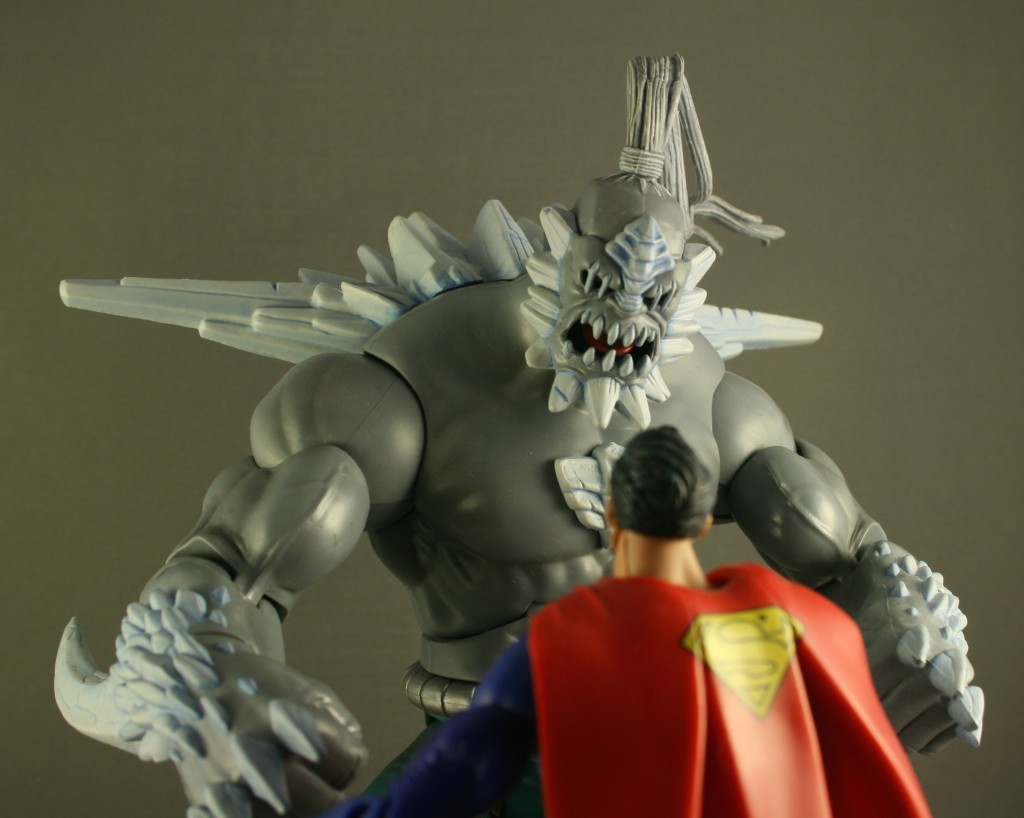 I have been collecting DC Universe Classics for almost a decade, starting way back with DC Super Heroes and Batman. When Doomsday came out originally we all were ok with the size, but not happy. We accepted the scale issues, but as other figures were corrected we demanded more. We thought we would never see a properly scaled monster, but sure enough as the line died Doomsday arrived. Even with all the issues with the line, this figure is near perfect. His size and weight give us a figure worthy of the name, and a fitting end to the line. 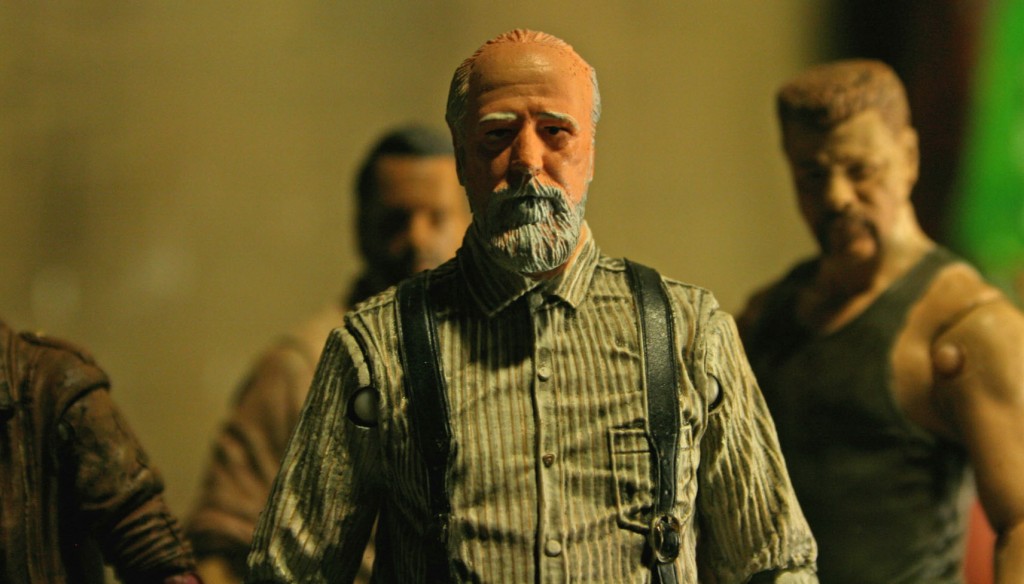 McFarlane Toys have been giving us some amazing figures over the years, but nothing like Hershel. The latest wave of the Walking Dead capture the actor perfectly bringing to life the show for fans. The detailing on the figure are what sets it apart from the average figure. The accessories also push him over the edge, coming with his fake leg, crutches, and weapons. The only thing that could have made him better would be a zombie Hershel head. 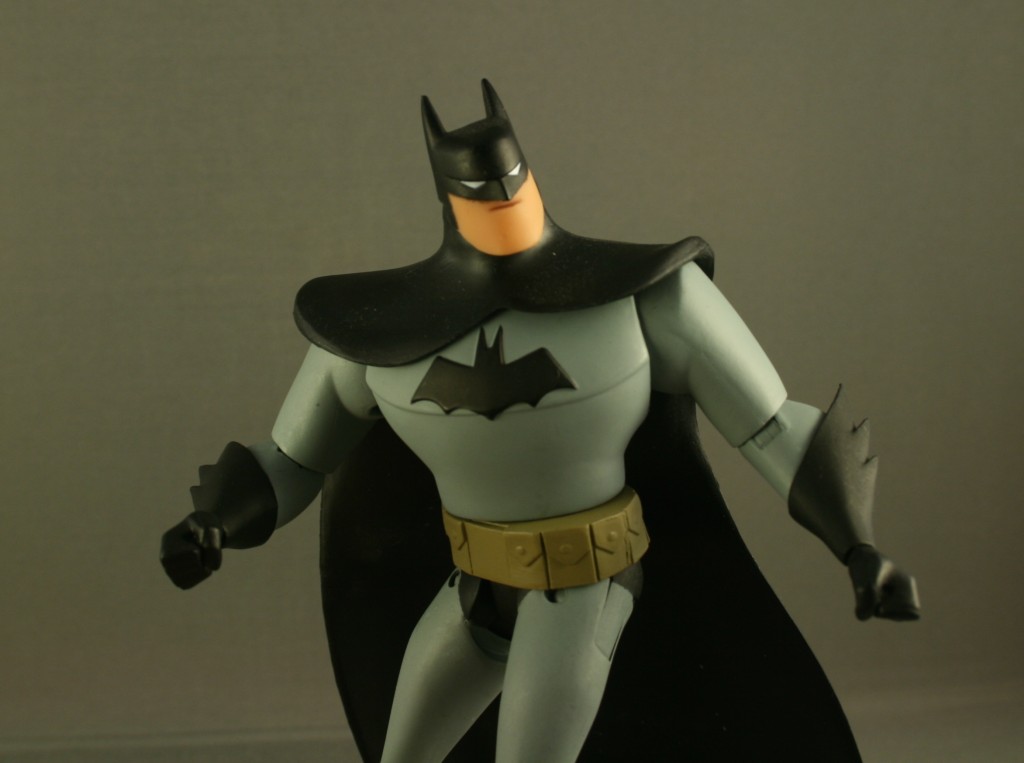 I collected the Batman Animated world since the figures came out in the early 90’s. I remember where i got each of the first wave, warm memories of my family and early toy hunting. But after years of falling figures and rising prices, quality issues, and the lack of any accessories I gave up on the Mattel line and sold off all my figures. When DC Collectibles announced they would be doing figures, the 12 year old in me jumped for joy and I knew I was back in to the figures. The prices have gone up and there have been a couple of issues with the quality, but these might go down as one of the best lines of toys ever. The line has legs, and the figures look like they stepped off the animation cells. These are the figures I have been waiting to own for decades, and they fun has only just begun. 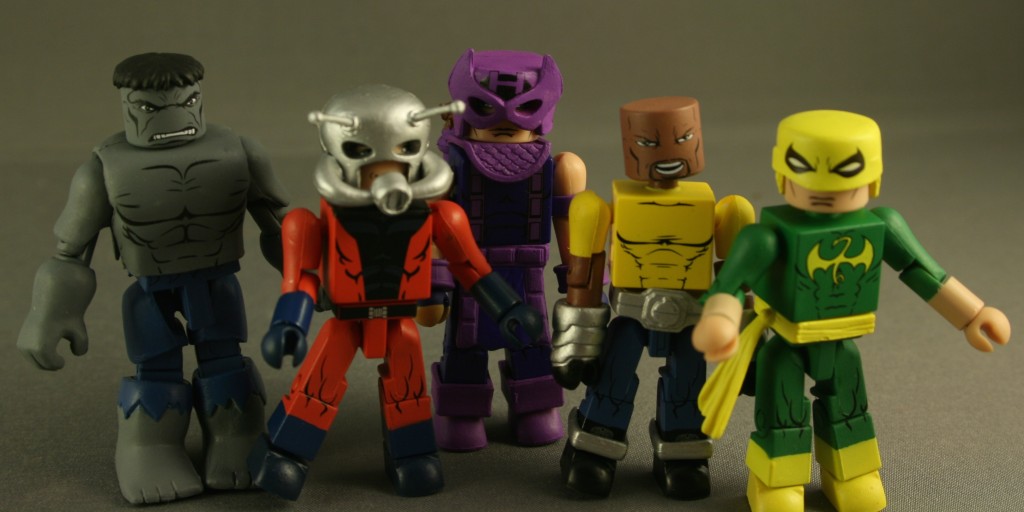 If anyone knows me, they know I jumped into the deep end of the Minimates pool this year. So trying to track down older figures has been hard. Thankfully DTS has been giving fans waves of best of figures. They have helped get some classic figures, which are harder to track down, with new decos and accessories. This wave gave fans perfect versions of Luke Cage and Iron Fist, an Amazing Gray Hulk, and classic Hawkeye and Antman. The colors are perfect, helping it look like the characters jumped right off the comic covers. 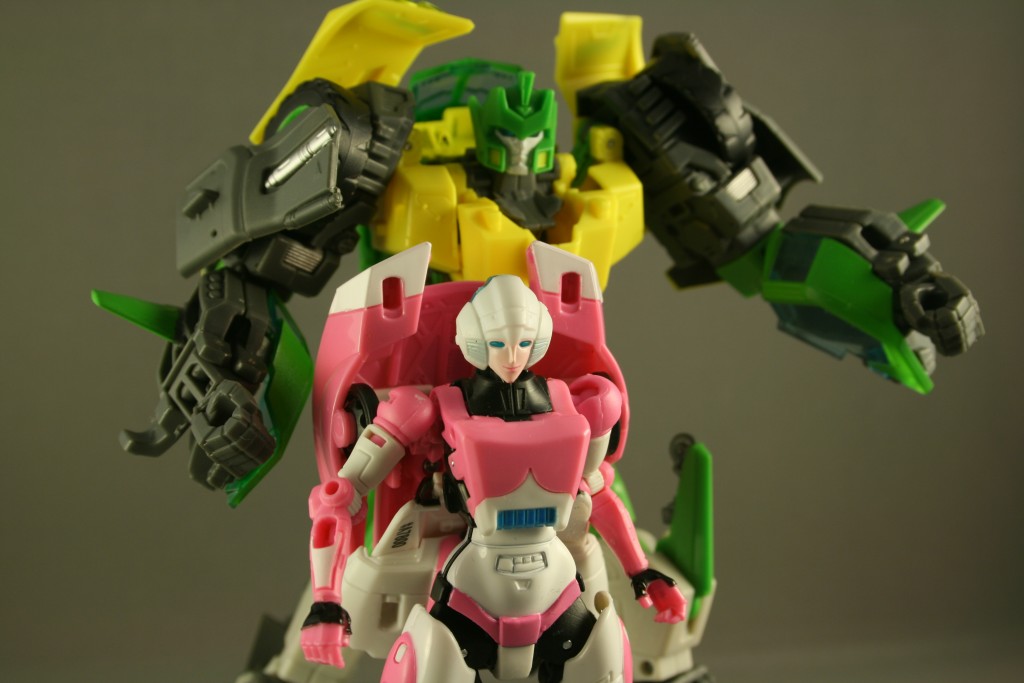 For years I have waited for a real Arcee figure. Ever since she debuted in Transformers the Movie I have wanted to complete Hot Rod’s crew. I have watched figure after figure made of her, looking nothing like her classic look. Finally as the year ends one of the best Transformers to date has been made, she looks enough like her original look and modern design to make her perfect. The transformation is simple like the 80’s figures, with out losing any of the detail.