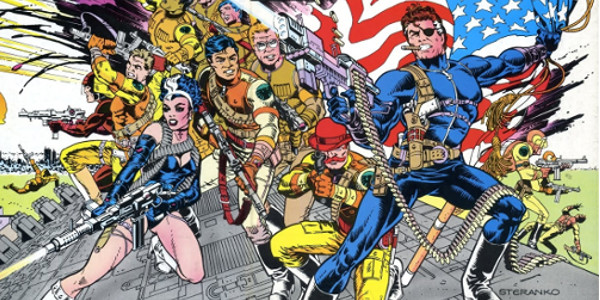 The Marvel’s Agents Of S.H.I.E.L.D. train wreck returns to TV and continues to snub the true Agents of S.H.I.E.L.D.

In a previous article, I already made my disdain for this show extremely clear. But, the hate just keeps rolling in, especially when it comes to the lack of existing S.H.I.E.L.D. agents from the comics.

While the show was on hiatus, it was announced that Edward James Olmos and Blair Underwood would be joining cast as, once again, brand new characters. I just don’t get why they won’t use names the comic fans are familiar with.
So with that, here are 4 agents of S.H.I.E.L.D. that should be on this show. 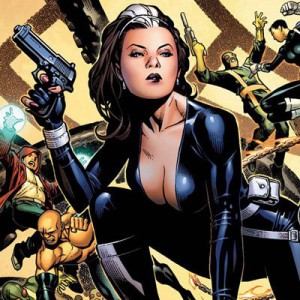 Valentina Allegra de Fontaine is mainly known as a love interest for Nick Fury, but she’s much more than that. She’s an accomplished S.H.I.E.L.D. agent, and has sometimes been in charge of agency in Fury’s absence. Having Fury’s ex would make for some great conflict and tension. 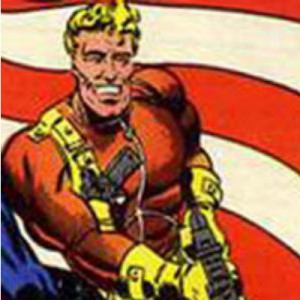 When Clay Quartermain first appeared, he looked a lot like Burt Lancaster. Since then, he’s become a very valued S.H.I.E.L.D. agent and a member of Nick Fury’s inner circle. Later on, Clay turned fugitive and was on the run with the Hulk (when he turned grey). Quartermain was also in charge of S.H.I.E.L.D. Paranormal Containment Unit  (AKA the new Howling Commandos). A unit made up of various monsters, like Frankenstein, in the Marvel Universe. 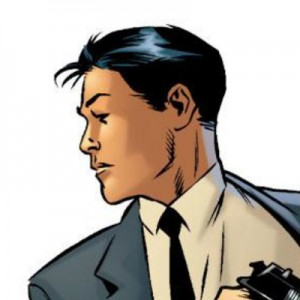 Jimmy Woo actually first appeared in 1956, in Yellow Claw #1. Woo was a FBI agent that was fighting against a Fu Manchu type of character named the Yellow Claw. Back in 1956, it was almost unheard of to have a lead character that was Chinese-American. The book ended in 1957, though, and Jimmy was left in limbo. It wasn’t until Strange Tales #160 (Sept. 1967), where Woo would re-emerge and join S.H.I.E.L.D. 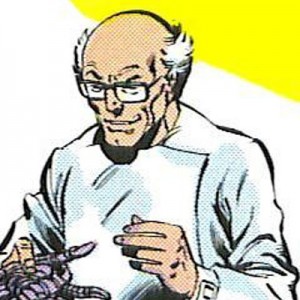 For all intents and purposes, Sidney Levine (Gaffer) was Fury’s Q. His speciality in designing weapons and gadgets for various missions. Gaffer was also the head engineer and chief scientist. I’m still not a fan Agents of S.H.I.E.L.D.’s Fitz or Simmons.  I’d much rather see Gaffer as the head tech guy.
As a bonus,I decided to throw in an extra one, who isn’t an agent…but still a cool character: 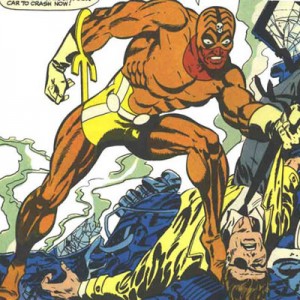 OK, like I said…not an agent of S.H.I.E.L.D., but his background would be perfect for the show. In the comics, when Scorpio first appears, all he wants to is kill Nick Fury, but the reader isn’t entirely sure why. It’s later revealed that Scorpio is actually Nick’s brother, Jake. The brother vs brother angle is an old as the Bible, but still is compelling to watch.
Here’s the really odd thing about the characters on this list:  3 out of 4 of them were created by Jim Steranko.  Steranko even re-introduced Jimmy Wo, making him an S.H.I.E.L.D. agent.
In a conversation I had recently, it was suggested to me that the reason why these characters aren’t in the series is because the writers don’t have the emotional connection to the 60s material. But I call BS on that, as we see the DC Comics TV shows dip heavily into comics histories. It’s just lazy.
In the end, would it really hurt anyone if the showrunners would use one of these known name? No! So, I say to the writers of Agents of S.H.I.E.L.D:  How about remembering where the source material came from and throw us comic book fans a bone!