New 52 Darkseid: The Master of Apokolips 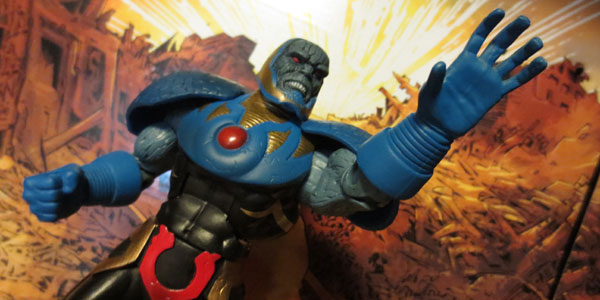 When Mattel first revealed their New 52 Darkseid from the DC Unlimited series, the figure was met with near universal scorn.  The prototype pictures featured a weirdly inconsistent scale, a lazy assembly of DCU and Masters of the Universe parts, and a less than impressive overall design.  That’s why I was floored to find the final figure sis kinda neat, and a vast improvement over the prototype. 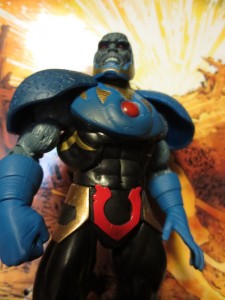 I had decided to pick up Darkseid thanks to his MOTU parts reuse.  The concept of merging tools from DC and Masters had always been intriguing, and worked to brilliant effect on the recent Dark Knight Returns Batman.  I’m not saying lame, ol’ New 52 Darkseid is as stellar as that Batman, but I thought if nothing else I could have a very affordable new henchmen for Skeletor and his minions.

Having this figure in hand, though, he’s very cool just the way he is.  Yes, there’s some scaling and proportion issues– his arms are too long, his hands are too big and overall he’s WAY too small compared to Darkseid’s actual height in the New 52 universe. Despite these drawbacks, Darkseid features an impressive amount of all-new sculpting and the use of the MOTU body to add height and heft to the figure is a very smart move.

The new headsculpt is amazing, capturing the ruler of Apokolips even better than his Classics figure.  The craggy details of his stone-like skin really come to life thanks to a subtle black wash, which continues onto the textured (and gigantic) shoulder pads. Darkseid’s arms and waist are also new, and although they lack the same paint wash as the face, the arms are again filled with intricately sculpted textures to make this guy feel unique among both DC and Masters figures. 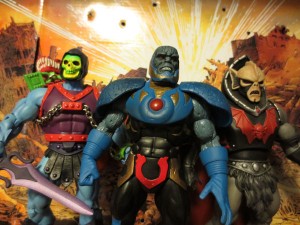 With all the new sculpting going on, it makes sense that Darkseid’s legs would be realized mostly through paint apps alone, and the blue on his knees looks okay, but compared to the wonderful sculpting on his head, chest and arms, the over-simplicity of his knees stands out even more.  While he’s way off scale from his massive on-panel appearance, Darkseid adequately measures well over the heads of most DC Universe 6″ figures, making him plenty imposing even next to bulkier heroes like Superman.

I purchased New 52 Darkseid with the lowest of expectations, but what I got was a surprisingly fun and cool looking figure.  Yes, he has faults when compared to his comic book counterpart, but the new sculpting by the Four Horsemen is strong, and combined with the clever MOTU reuse, makes for a nice figure which can be a great addition to either toy line. 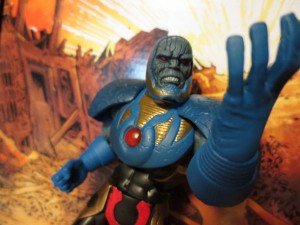 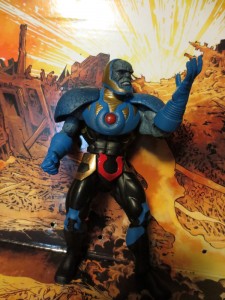 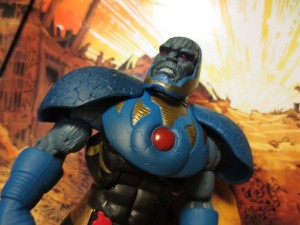 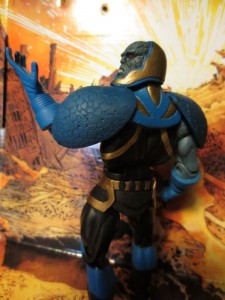 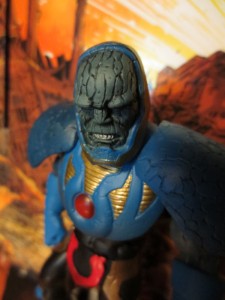 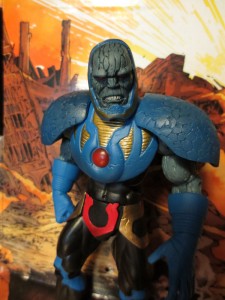 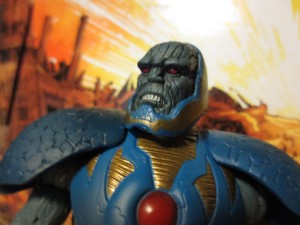 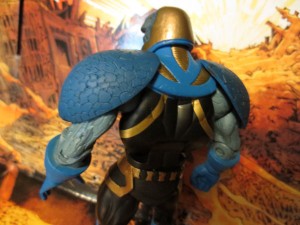 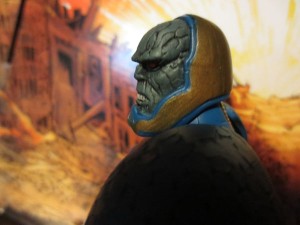 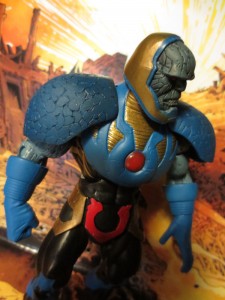 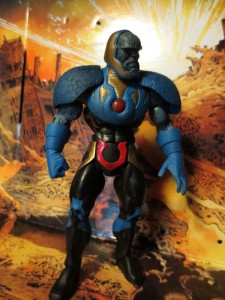 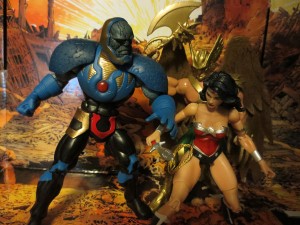 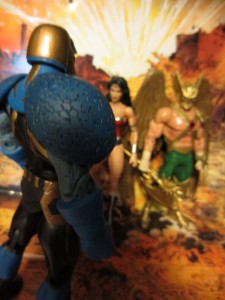 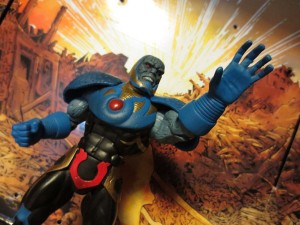 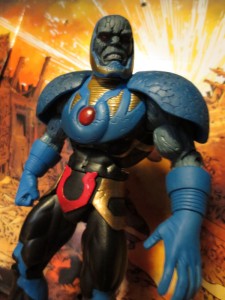 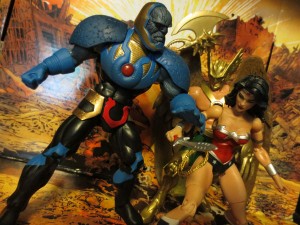 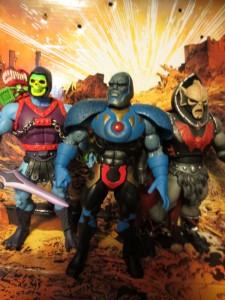 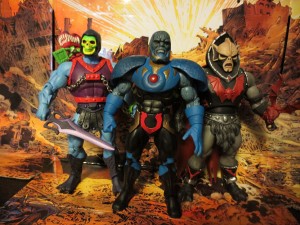