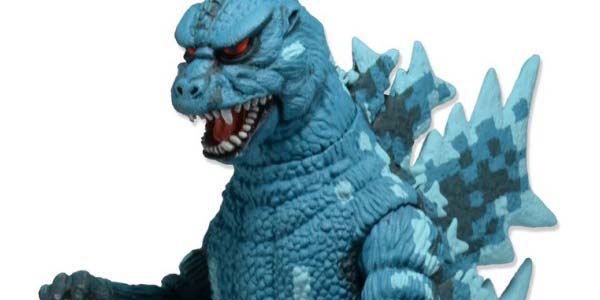 The King of Monsters will join the retro video game collection later this year… get a good look at NECA’s new Godzilla!

It’s no secret that I love a bunch of NECA’s products.  It’s only slightly less a secret that I’m a retro game holdout… I never really got with the times post-Playstation, but I totally adore busting out some classic Nintendo or Super Nintendo or Sega genesis games.  So NECA’s 8-Bit collection is, basically, tailor made for me.

Soon there will be another new addition to the collection, an 8-bit deco Godzilla, based off the 1989 Toho game Godzilla: Monster of Monsters!  This dude looks awesome, with his piercing red eyes and game accurate (yet inexplicable) blue skin.  But what I really love is the great pixelated deco on Godzilla’s fins.  This is such a simple, low tech flair, but it adds so much to the overall aesthetic of the figure.  There’s no mistaking that this guy belongs in the video game series, and I love it!

Look for Godzilla to stomp his way into retail in July.  He’ll be joined by the City Hunter Predator, Dog Alien and Mohawk Gremlin, also being released this year. 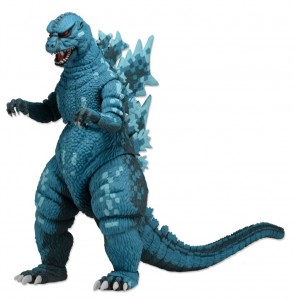 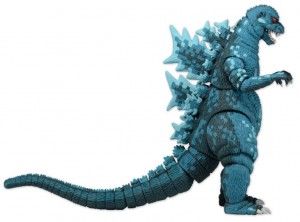 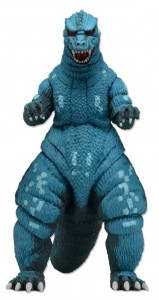 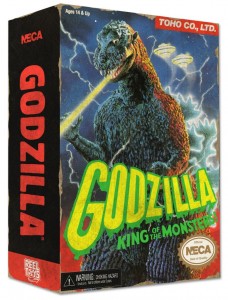