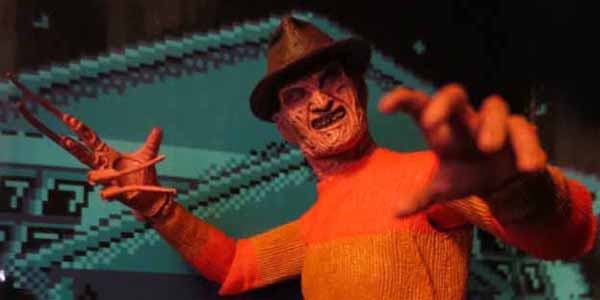 NECA’s NES-colored Jason Voorhees was one of the surprise hits of Comic Con this summer, and they’ve wasted little time in turning the retro video game colorway into an ongoing thing!  The second installment in the series, created as a compliment figure to Jason, is Freddy Krueger, as he appeared in the Nightmare on Elm Street video game. 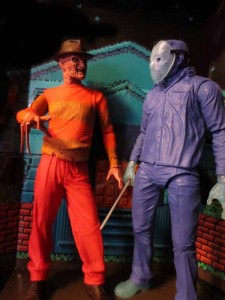 Like Jason before him, this means that Freddy gets his most outrageous deco ever, with virtually neon red pants and an orange striped shirt.  The rest of the figure features limited painted details (it was the 8-bit world on Nintendo, after all, years before cell shading and detailed graphics), we Freddy gets a solid pink for his skin and dark brown shoes and hat.  Overall, this figure is a very good representation of the slasher’s in-game appearance.

As for the figure himself, it’s the same Freddy we’ve seen before.  The sculpting is top notch, with a remarkably accurate and detailed portrait and plenty of texture and depth, from the threadbare sweater to the wrinkles of Krueger’s baggy pants.  And the glove, even in a monochrome pink to match the game’s lack of details, still looks fantastic.

The only downside of using this great Freddy sculpt as the base, though, is his limited articulation.  Whereas Jason employed the recent figure packed with articulation, Freddy gets cut short, especially his lower half which is mostly static.  There’s still a number of decent posing options, thanks to the great neck, waist and arm joints, but the Freddy figure still feels like what he is– a relic of NECA before their recent advent of amazing articulation and design. 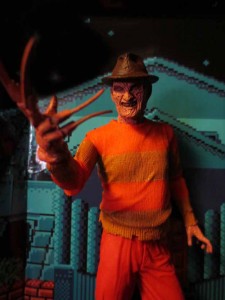 I’m okay with the less than stellar articulation, though, especially for such a cool and strange one-off.  It would certainly be weird if NECA invested in a new, fully poseable Freddy body, only to limit its use to an NES style figure.  And Krueger looks great standing alongside Jason, with their primary colors ready to cause havoc to many a pixelated victim.

The other big charm of this figure is his packaging, which once again replicates the box design of the original game, complete with that familiar NES black band cover design, a screen shot of the game end screen inside the window box, and even the retro NECA logo in the corner.  It looks perfect next to the Friday the 13th box, and honestly makes it difficult to choose whether to keep these guys boxed or loose, even for a devout non-MIB collector like me.

If Freddy had been the first figure to use this NES deco concept, I’m not sure he’d have been as well received.  But as a companion to the mega-popular Jason, he’s a worthy addition.  I’m stoked to see NECA continue this fun concept in 2014 (with Robocop up next)… It’s one of many moves that show just  how smart, fun and committed to out-of-the-box thinking this great toy company has become. 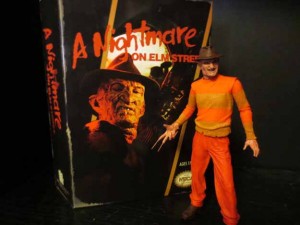 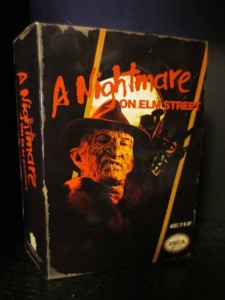 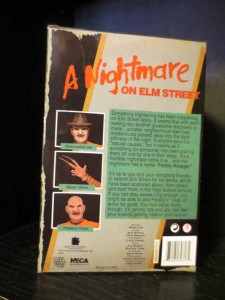 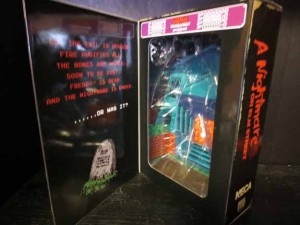 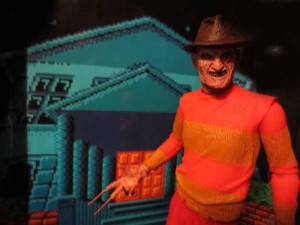 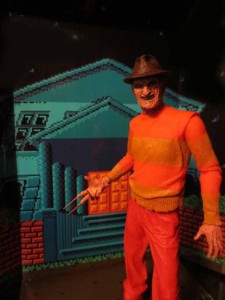 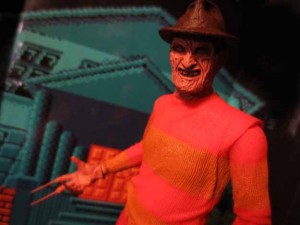 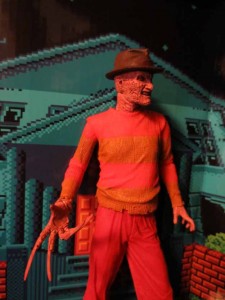 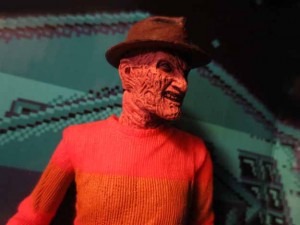 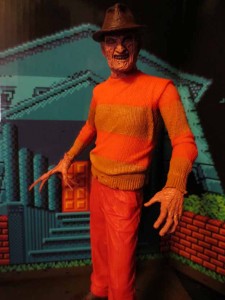 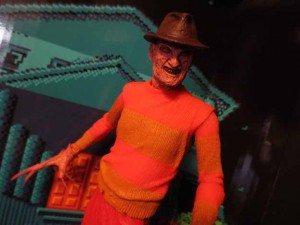 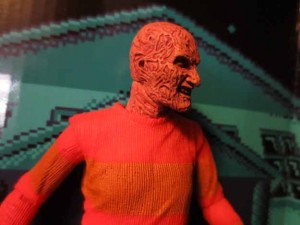 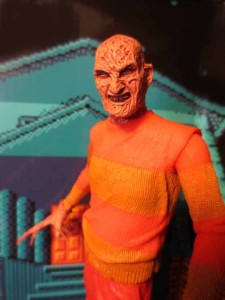 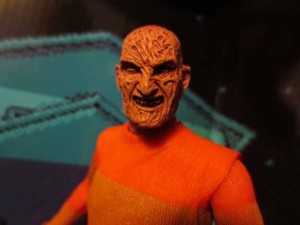 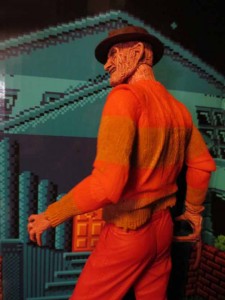 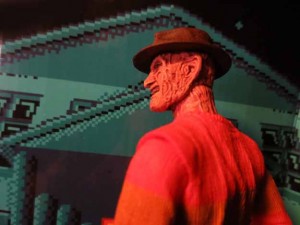 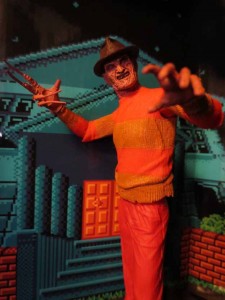 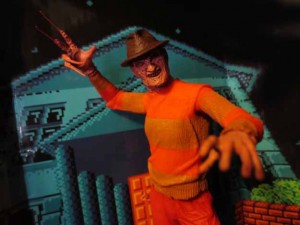 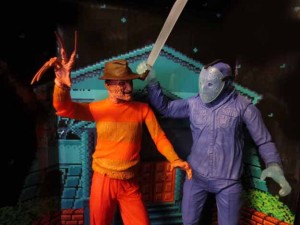 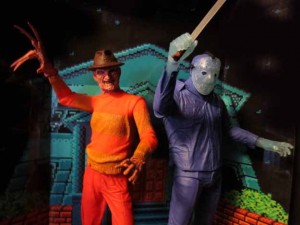 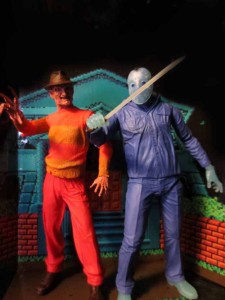 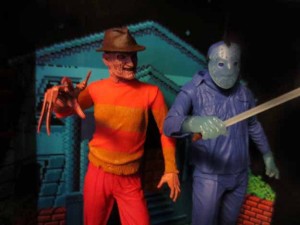 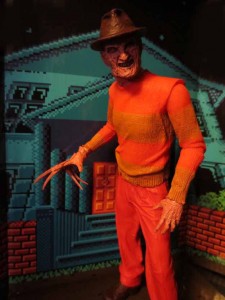 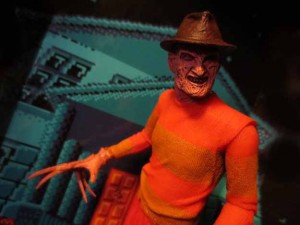