A Batman Comic Book Did Not Inspire The Aurora Theater Shooting 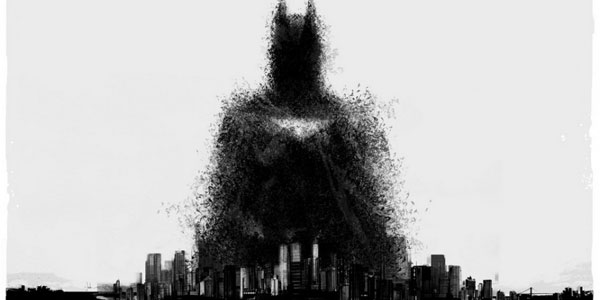 In light of the tragic shooting at a midnight screening of The Dark Knight Rises in Aurora, CO– which left over a dozen people dead and three dozen more injured or hospitalized– people are already looking for motives… and unfortunately that likely means the latest round of blaming a comic book for the actions of one mentally unstable person, which is the last thing anyone needs in this time of sadness.

There’s a sequence in Frank Miller’s iconic “Dark Knight Returns” that’s already becoming a talking point throughout the media–  Arnold Crimp, inspired by the Batman, enters a crowded movie theater with a gun and proceeds to kill three victims in the ensuing shoot-out. This scene is one of many in the graphic novel which revolve around the public’s reaction to the return of Batman to Gotham, as the hero comes out of self-imposed exile.  Since the graphic novel was first published in 1986, there has been much debate over whether these scenes, many of which revolve around mentally unstable and socially troubled citizens inspired to become vigilantes in the wake of the Dark Knight’s return, are a commentary on the influence of media on violence in society or Miller’s satire of this notion.

I’ve always believed it’s pure, Verhoven-esque satire; for all his hyper-conservative, borderline fascist attitude, Miller has always been a strong advocate against censorship in comics, and he knows his history on the subject.  Comic books have gotten a bad rap as a source of societal troubles for decades, most famously back in the 1950s. Psychiatrist Frederick Wertham’s 1954 book Seduction of the Innocent was based on his thesis that comic books are a danger to children. His criticism of comics inspired a U.S. Congressional inquiry into the industry, and lead to the genesis of the Comics Code Authority, which banned overly violent and horrific comics, leaving only code-approved “safe” super hero books available to the general public for almost fifty years.  Wertham’s book also inspired parents to confiscate their children’s comics collections, and even lead to mass comic book burnings in some communities in the late 50s.  BOOK BURNINGS, as in, one of the things we villified Nazi Germany for not ten years earlier.

The idea that comics, video games or any other media can inspire real-world violence is utter bullshit. We’re all responsible for our own actions, and only a coward would hide behind, or point blame at, an outside source that really has nothing to do with the action itself.  You’d have to be a lunatic believe that a form of pop media– be it a comic book, video game, musician or whatever else– is the sole factor behind a tragedy such as this, and you’d have to be an idiot to think these outside factors even play a part in inspiring such a horrendous act.

Regardless, the last thing anyone should be doing is assigning any blame anywhere past the mentally unstable shooter; the only thoughts worth having right now are for the victims and their loved ones.  My condolences and deepest thoughts go out to them.  These people were our brothers and sisters, the true die-hard fans out to see a movie we are all excited for.  They were just like us, and that makes this tragedy especially personal to me.  Remember that throughout the swarm of media allegations and banter that is surely to follow, the most important thing of all is to keep in mind the victims and the loved ones they leave behind.  They are the ones I’ll be thinking of this weekend.