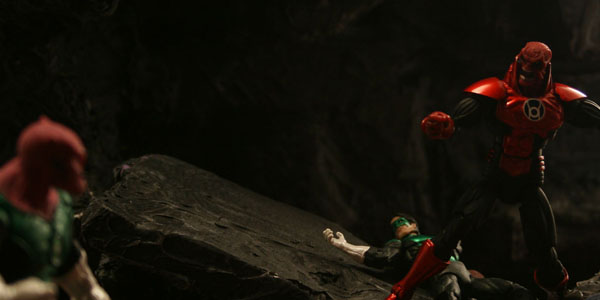 DC Collectibles tries their hand at a new scale, with a pair of Convention exclusive Green Lantern figure two-packs that are packed with the promise of an exciting new series.

This Summer in San Diego, DC Collectibles debuted their new 3.75″ Green Lantern toy line, which continued with a New York Comic Con exclusive two-pack featuring Green Lantern John Stewart along with Red Lantern overlord Atrocitus.  These figures followed up the previously released Kilowog and Kyle Rayner from SDCC, and just four figures in, I’m really beginning to see the potential of what DC Collectibles has on their hands. 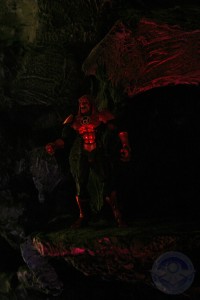 The Green Lantern collection seems as good a place as any to kick off this new figure scale, and all four offerings so far are pretty solid.  I like the release plan, with figures being released in two packs with one human-style character and one more elaborate alien.  The sculpting we’ve seen so far is on par with other figures in this scale, giving DC Collectibles’ new line a true feel of being “Marvel Universe, for DC fans.”

The figures all share a universal articulation pattern, with a semi-ball socket neck, ball shoulders, ab crunch and ball abdomen, ball hips, double joint knees (not unlike the Play Arts Kai figures from Square Enix), swivel forearms and shins, and hinged elbows and ankles. It’s a generous amount of moving pieces, and most of it works quite well, but there are a few drawbacks based on these first four.  Not unlike Mattel’s DC Universe figures, the ball neck doesn’t offer much movement past side-to-side, and the figures’ shoulders tend to get stuck out, unable to rest at the sides of the body. While the double range of ab movement is nice, I do wish the designers had stuck to one or the other, along with a twist waist, which I feel could have better served posing options.

One area I have no complaints in is the paint apps, which are very good here.  Each Lantern includes a matte black costume with a very nice metallic finish on their respective colors, which really make them pop.  DC Collectibles also went the extra mile to make sure all their Green Lanterns are the same tone, which helps sell them as a team, as they look fantastic all together.

The sculpts are good to great, depending on which figure you’re looking at, although it seems the strength of this line is the aliens more than the humans– John and Kyle are both pretty solid, but these are among the finest representations of Kilowog and Atrocitus I’ve ever seen, regardless of scale or medium.  From the bellowing scowl of the Red Lantern leader, to the determined gaze of the Lantern’s resident trainer, these aliens are packed with character appropriate personality. 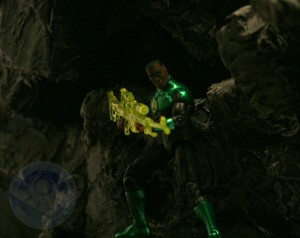 Most figures also include constructs, which adds to the value of the sets.  Kyle and Atrocitus each get an energy overlay that rests on top of their ring hands.  Atrocitus gets a red energy drill which looks rightfully imposing, while Rayner gets a gun, which isn’t as appropriate to his character but still looks great (and is fortunately swappable with John Stewart).  Stewart himself gets an energy rifle, which he can hold fairly well, although this is the one off color in the series thus far, as the weapon definitely looks closer to yellow than green in tone.  Kilowog is the only guy without any gear, but his enhanced bulk more than makes up for it.

Overall, DC Collectibles enters into this new scale in the right direction.I really like the four figures released so far, and the fact that I can now add in-scale DC heroes to my already large Marvel Universe collection is fantastically exciting.  The third set will feature Guy Gardner and Orange Lantern Larfleeze, but DC Collectibles hasn’t yet revealed when it will be out.  I am hoping it becomes the first non-Convention exclusive, as I want to see this line take off with enough momentum that DC rethinks its low aspirations.  As of now, the plan is to release one two-pack about every quarter, with no signs of stepping past Green Lantern. With figures that look this  cool, I’m getting impatient, so I’m really hoping that Toy fair will bring an announcement that we’ll be seeing lots more 3.75″ DC heroes and villains, sooner than later. 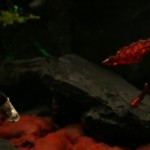 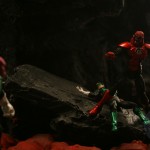 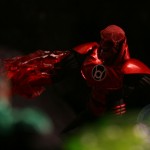 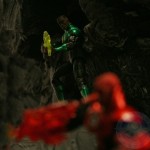