A Shockwave Hits the Transformers Line 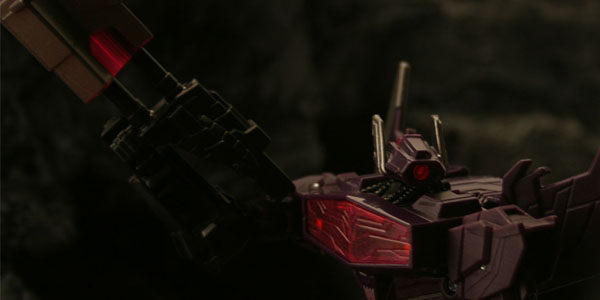 Transformers used to be one of my favorite toy properties from childhood. Over the past few years Hasbro has updated the classic Generation 1 designs of the Autobots and Decepticons, which pulled me right back in to the line today. The latest Transformer to get an update is one of Megatron’s top allies, Shockwave. 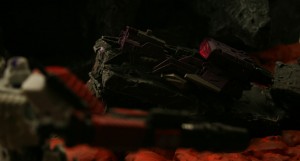 This is the second Shockwave Transformer fans have gotten this year, the first being the SDCC exclusive HISS Tank. Shockwave’s design is based on the upcoming video game, so he is missing his G1 hand cannon, but he comes with a large gun to make up for that design change. Many collectors would rather have a Shockwave based on the classic G1 design but this maybe as close as it’s going to get to that look, and he’s not too far off.  Most of his original characteristics are present– his classic cyclops head, purple colored body, and the large cannon-like chest plate.

In vehicle mode, this Shockwave is a Cybertronian car/ship, not his original 80’s blaster. His weapon is part of his transformation, which will help keep all his parts from being misplaced like so many other weapons. 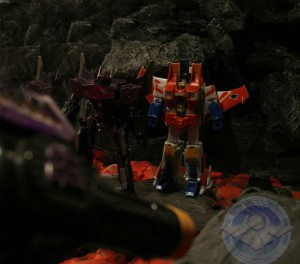 The figure looks small on his own, but he is the same height as the wave one Starscream, so he looks fine when mixed with other Classics. The one aspect of the figure that stood out was the weight of the plastic– most of Shockwave’s parts are thin or hollow, making him much lighter than other figures in the line. This shouldn’t affect the average buyer, but collectors will notice the difference in the overall heft and feel of the figure.

Even though Shockwave’s size and weight are slightly less than I would have liked, the character design is good and he fits in well with the other Classics and Generations Decepticons.