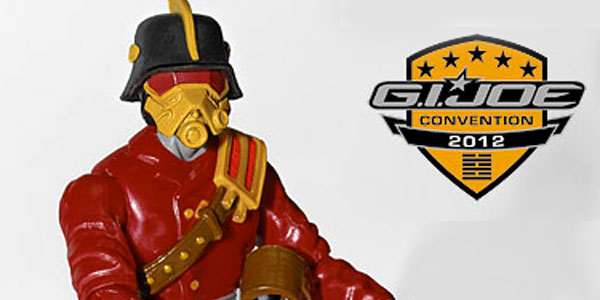 Good lord, I feel like this site is turning into a GI Joe fansite after all the news this week, but we’re gonna keep rocking and rolling anyway!  The GI Joe Club has revealed yet another Iron Grenadier– the third trooper from the cancelled 5-pack Hasbro scrapped a few years ago… this completes the trifecta of Grenadier troopers who will be squaring off with the Oktober Guard in this year’s Convention exclusive 15-pack.  But who will lead these Grenadiers into battle? 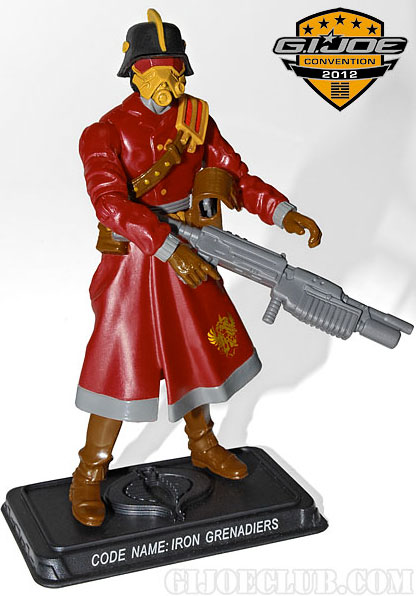 So we now know all the troop builders in the Joe Con box set. With two of this new Elite Guard, plus two Heavy Arms troops and four standard Grenadiers, that only leaves one open spot for another I-G to lead the troops into battle… there’s some buzz going around that Destro will not be in this box set, which opens the door to a pretty wide range of other options– both Darklon and Voltar are commanders of the Grenadiers forces, and both fan favorites are long due for the 25th treatment.

I still hold that we’ll likely see reveals of the final two Oktober Guard teammates first (probably early next week), and the Club will save their chief villain for the final reveal. As far as when we’ll get to see them, who knows?? The Club’s plan was to run reveals every Tuesday and Thursday, but yesterday’s surprise debut of the second Grenadier threw that schedule off… and I’m glad because at this point the Club really needs to hurry up and show off the rest of the set so they can open registration for this year’s show.

Expect the full set to be revealed by next Wednesday at the latest. I think that’s a safe bet.

Not that it matters too much anyway… between these cool looking Grenadiers and the promise of a pretty full team of Oktober Guardsmen this set is already a must-own.