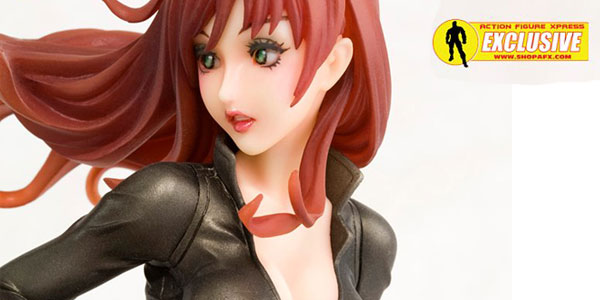 Action Figure Express has revealed a small army of SDCC Exclusives, and there’s some totally cool collectibles coming to this year’s show. There’s something for every geek at the AFX booth, but here’s the top five we’re really stoked for… 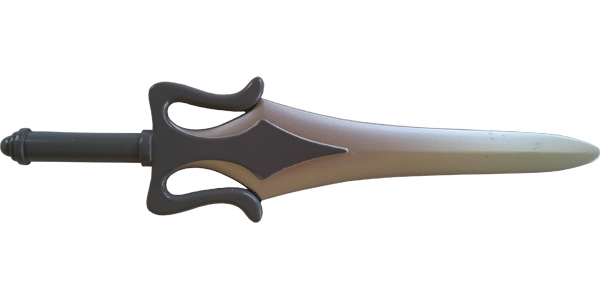 What could be a simultaneously cooler and dorkier way to open your mail than with He-Man’s Sword of Power?? This 7″ replica is the perfect office supply for any MOTU fan, for opening letters, to compliment the Castle Greyskull business card holder… and if you’ve got enough fans in the office, possibly even some small-scale duels! 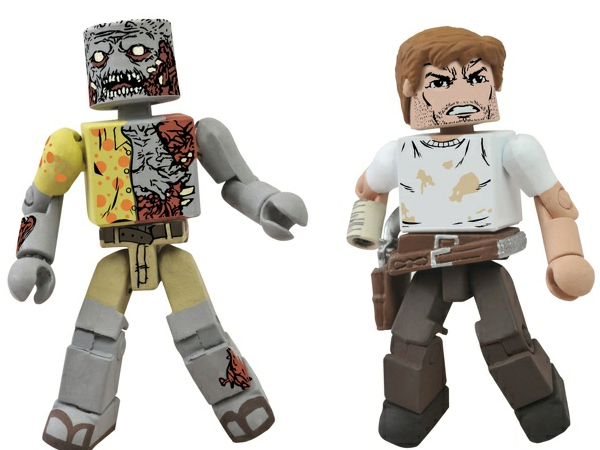 Diamond is also kicking off their Walking Dead comic-style Minimates with a two-pack featuring Rick Grimes and a zombie for him to grapple with. I love that the first Rick we’re getting is a “battle-damaged” version… complete with his chopped-off hand stump! I’m curious if the Walking Dead is taking the place of Diamond’s in-house Zombie Minimates that launched at NYCC last Fall, but either way from what we’ve seen so far the two lines should blend together perfectly. 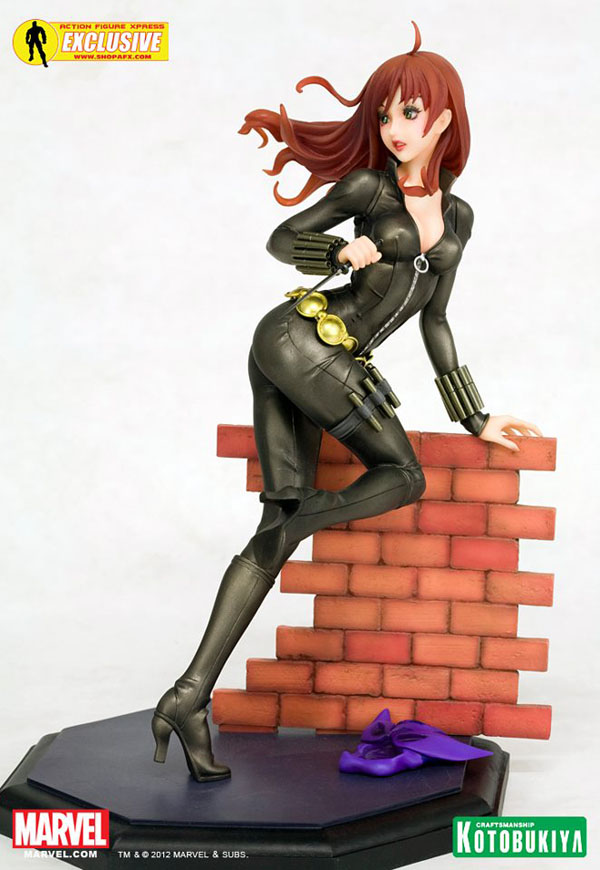 Black Widow was one of the first figures in Kotobukiya’s Marvel Bishoujoa series, but between the insanely high secondary market prices and the scale shift of the series, she’s getting a re-do. The new Widow included a variant that Kotobukiya showed off at Toy fair back in February, but it didn’t have a home yet. I had a feeling this alternate Natasha– in a gunmetal grey costume, brandishing a knife and featuring Hawkeye’s mask on the rooftop she’s running across– would wind up at Comic Con and sure enough, AFX is selling her at their booth. It’s one of the best figures Koto’s done in this series… and that’s saying something! 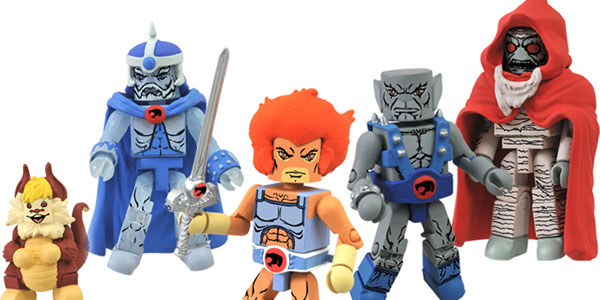 The other major– and more recent– Minimates reveal is their Thundercats classic series, which so far look mind-blowingly awesome. The series will also debut at Comic Con, with a special edition box set including Lion-O (with two alternate heads for a “Thundercats Hoooo!” battle cry look), Mumm-Ra in his decrepit form, Panthro, the spirit of Jaga and Snarf. 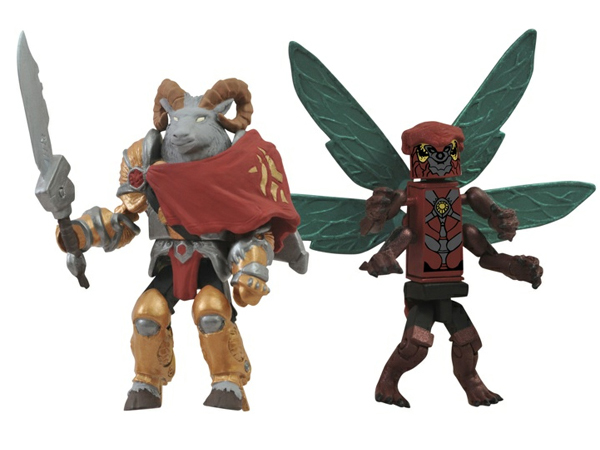 Battle Beasts were one of the best toys of the 80’s, and like many nerds I was fairly obsessed with collecting the little critters and pitting them against each other.

Diamond is rebooting the long-underground franchise this Fall, switching the figures to a Minimates series while retaining a surprising amount of original sculpted pieces to give them a classic look. And SDCC will be the place to pick up the first Battle Beasts two-pack, featuring Vorin and Zik in a limited edition set.

There’s lots of other exclusives AFX is bringing to San Diego as well… Click Here to check out their full 2012 SDCC exclusive list, as well as all the details you need to know about Pre-Orders for both attendees and non-attendees.