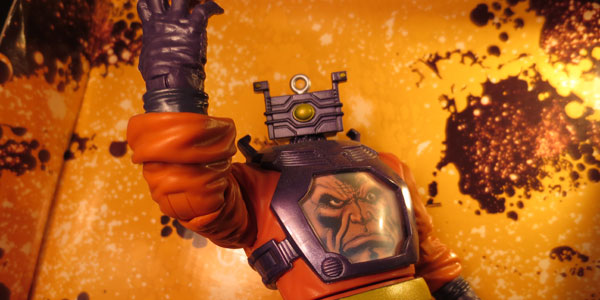 Lots of great action figures came out in 2012.  Here’s our list of the ten best ones.

When it comes to compiling “best ofs” for action figures, there’s a few ways to look at it.  A few days ago, we listed the ten best toy lines… but now, we’re back with a list of the ten best toys themselves.  Why a second list?  Well, sometimes the parts are greater than the whole, and true action figure gems are planted in the rough of a lackluster series.  And sometimes there’s one-off releases, which don’t really fit into what could be called a “line.”  But mostly, lists are fun, and this seemed like a good excuse to compile another one!

And so, without further ado, here’s our picks for the ten best action figures of 2012: 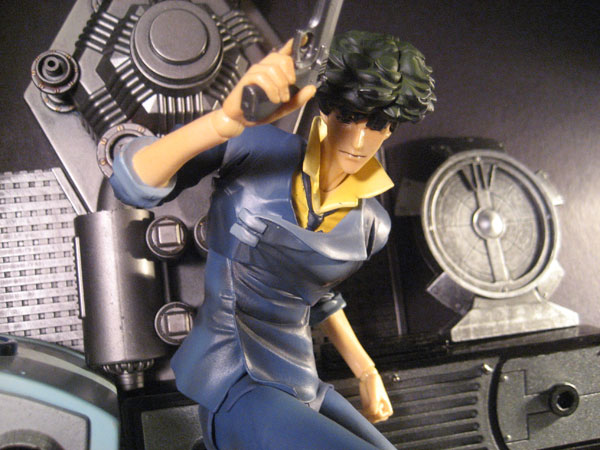 Play Arts Kai released some fantastic stuff in 2012, but nothing beat their amazing take on Spike Spiegel from the classic anime Cowboy Bebop.  The bounty hunter was translated perfectly and Square Enix’s ample articulation pattern was adapted brilliantly to the spindly hero.  With nearly limitless awesome posing options and an amazingly great design, Spike is a true gem for any toy collection. 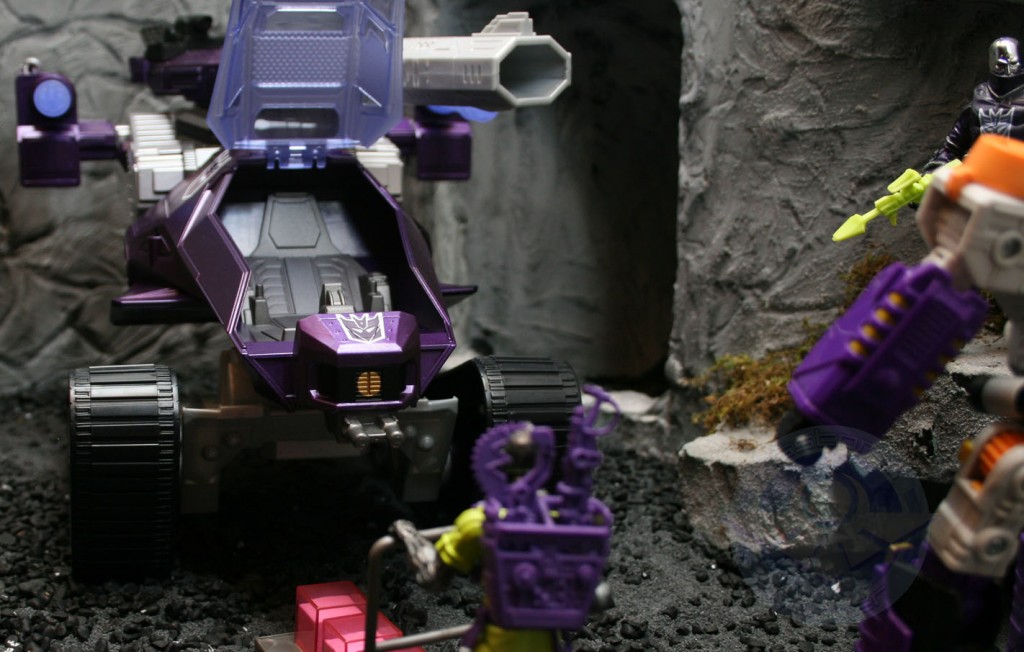 The best convention exclusive this year had to be Hasbro’s second stab at a G.I. Joe/ Transformers crossover.  Yes, this set lacked the mass appeal of 2011’s Starscream Sky Striker, but it made up for that by getting WAY nerdier– here’s a set that features the great, new HISS Tank, deco’ed out in Shockwave’s purple and grey (complete with laser cannon)… and we also get a Constructicon colored BAT, Destro with a Decepticon insignia and a Shockwave backpack… but even some Joe-scaled Energon cubes!  The Shockwave HISS is one of the most meta toys I’ve ever seen, and also one of the best. 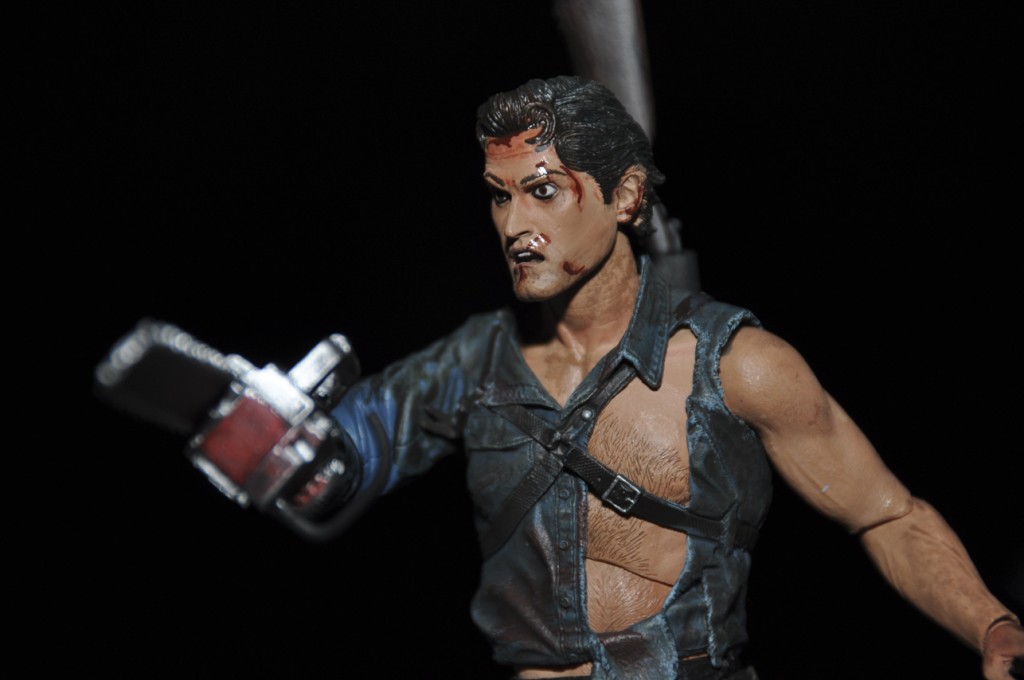 NECA’s Evil Dead 2 series saw some great renditions of Bruce Campbell in his most famous role, but the best had to be Hero Ash from Series Two.  This is the one Evil Dead fans have been waiting for– we get a new Ash with his iconic chainsaw hand and shotgun with holster, lots of well-planned articulation, and all the great sculpting and detail NECA is so good at.  The slightly cartoonish portrait fits the hapless hero perfectly, making this the best Ash action figure ever released. 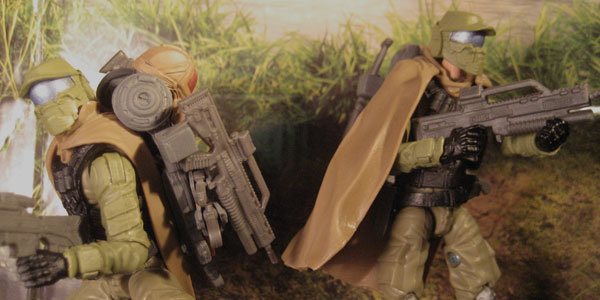 It was a rough year for G.I. Joe at retail, with Retaliation being pushed back to March 2013.  But we did get one wave of movie toys before the delay, and the new G.I. Joe Trooper was the star of the set.  Featuring an all-new sculpt and an insane amount of gear, this generic Joe trooper is the coolest take on the greenshirts Hasbro ever came up with– from the flak vest and harsh conditions cloak to the alternate helmeted and unmasked heads, to the backpack which stores this guy’s multiples rifles, pistols and even gas mask, the Joe Trooper was one of the year’s best action figures– and getting all this stuff for less than ten bucks also made him the year’s best bargain. 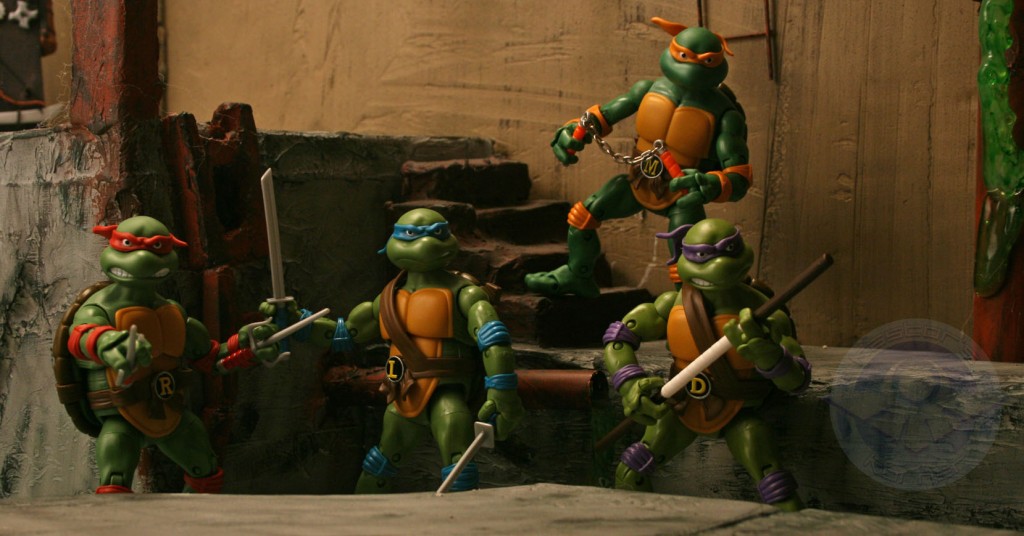 OK, I’m kind of cheating here, seeing as how I’m lumping in all four Turtles from Playmates’ TMNT Classics, but I don’t care, because they are equally awesome (and share virtually identical molds).  Playmates was smart about their Turtles reboot, including a sub set of vintage, 80’s style figures based on the cartoon series, as well as their modern line.  While the 7″ scale of these figures is a bit awkward, the toys themselves are phenomenal.  The articulation pattern is wonderful, offering an enormous range of motion, and the sculpts are dead-on accurate, from the simplified, cartoony belts and pads, to the very character appropriate facial expressions.  There were more than a few great Turtle toys this year, but the Classics were certainly among the best toys in general. 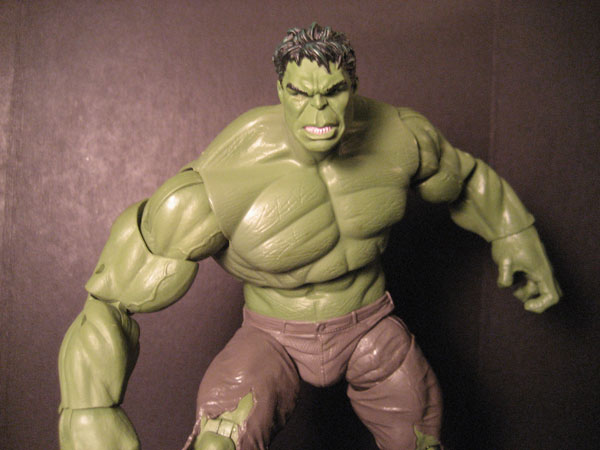 The entire Avengers Legends series was great, but The Hulk stole the show.  The all-new sculpt captured the on-screen appearance of the green giant better than any other figure released, and his brilliant design accommodated a remarkable amount of articulation for a figure of his size and mass.  The headsculpt absolutely nails Mark Ruffalo’s cinematic Hulk, and the figure’s scale is absolutely perfect as he towers over his fellow Avengers.  Hulk stole the show in the Summer’s biggest blockbuster, so I guess it’s only fitting his toy would do the same. 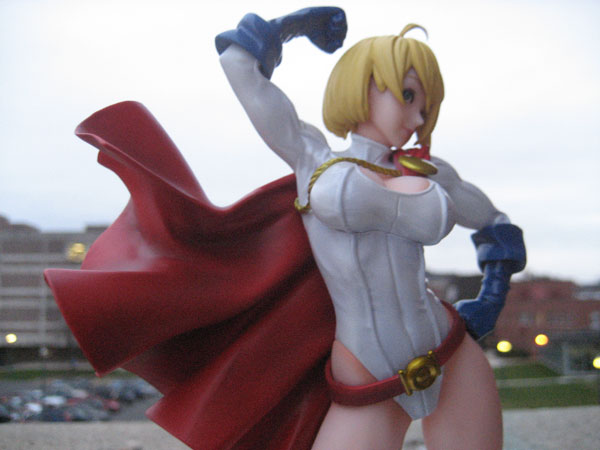 Kotobukiya’s Bishoujo Collection saw some gorgeous new additions in 2012, but none of their statues, new or old, captured the spirit of a character as perfectly as the DC Bishoujo Power Girl.  From the immaculate sculpted details of her costume to the confident and cute muscle-flexing pose, everything about this figure just screams Power Girl.  She’s a great addition to the Bishoujo collection, and just as relevant for any DC fans out there. 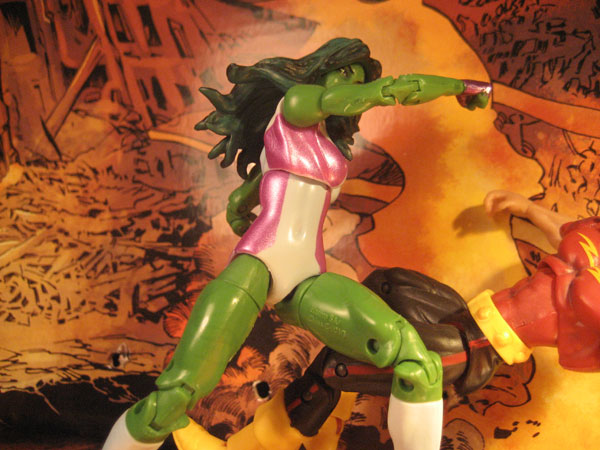 It seems like each year the Marvel team at Hasbro craft one flawless new figure for their Marvel Universe series.  Last year it was Cyclops, and in 2012 the winner was She-Hulk.  Jen Walters has been a long time coming to Marvel’s 3.75″ scale collection, but she was worth the wait– the all-new sculpt is the best articulated female we’ve seen in the line, and her muscular yet distinctly feminine body is perfect.  Adding in a dead-on portrait of Hulk’s cousin and all the great modern Marvel U. articulation, they don’t get much better than She-Hulk. 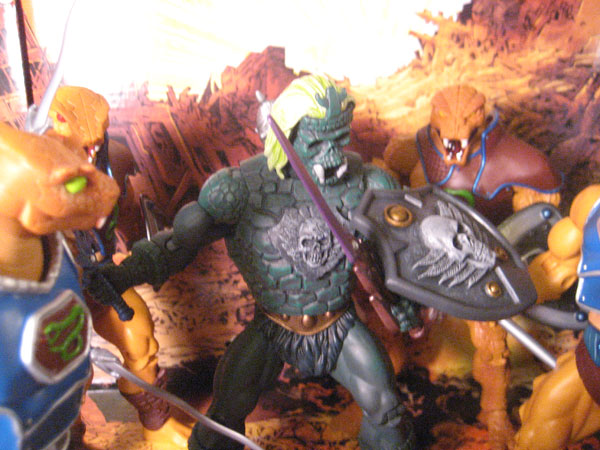 No figure brought me back to my childhood, or captured that thrill of a new character whose origin and motives were a complete blank slate, more than Castle Grayskullman. The winner of the fan-driven “Create a Character” contest Mattel launched for their He-Man 30th Anniversary Collection, Grayskullman just looks awesome.  The living embodiment of the Masters’ castle, this guy sports lots of all-new tooling to convey his rocky exterior, a totally funky face in the shape of Grayskull’s skull-like drawbridge, and some great accessories.  When the 30th Anniversary Collection was first announced, I had hopes every figure would be this cool.  While things didn’t turn out that way for some of the other releases, Grayskullman alone was worth the subscription, and he’s my favorite toy in the whole MOTU Classics collection. 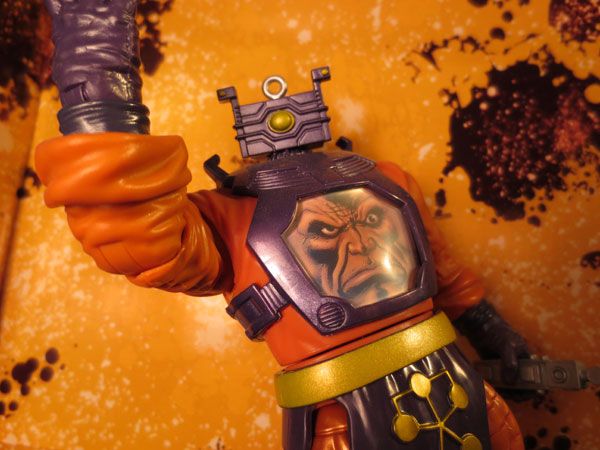 I might be a little biased here, seeing as how Captain America has always been my number one hero.  But the more I though about it, I realized that my own preferences non-withstanding, the Build A Figure from Marvel Legends Series Two would be just as great if I hated Arnim Zola.  The robotic Nazi scientist is one of the weirder Marvel villains, but Hasbro’s all new sculpt gets everything perfect.  The clunky boots, billowing sleeves and robotic camera head all make Zola look like he stepped right out of the comics, and the Ed McGuiness art used for his chest screen is great.  The bad doctor sports a great amount of articulation, a wonderful sense of scale with his fellow Legends, and even offered the first variant BAF parts, so you could customize a Red Skull version of Zola by assembling the parts from figure variants.  There aren’t many figures I was looking forward to in 2012 more than Arnim Zola… and his flawless execution did not disappoint.

There were lots more great action figures in 2012 as well.  I’d like to give honorable mentions to a few of them: Mezco’s stylized Frankenstein was a great adaptation of the Universal monster and have me champing at the bit for the Mummy and Creature from the Black Lagoon.  MOTUC saw the release of more amazing updates to much-needed classics– in particular Fisto and Spikor were both executed perfectly, making for great toys. NECA’s Night Fighter Robocop, with his glow in the dark feature and retro, Kenner-style packaging was a very cool throwback, while Marvel Select cranked out some fantastic Disney Store exclusives with their Hulk Unleashed and Flash Thompson figures.  Lastly, Mattel finally found a home for their DC Universe Metron, and the time traveler, along with his iconic Mobius Chair were the best toys to come out of the first year of Club Infinite Earths.