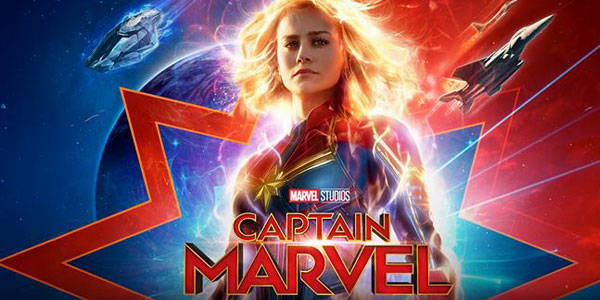 If Hasbro were to release a second wave of Captain Marvel Legends, who’s most likely to be in it? Here’s our picks.

This may be apocryphal, but the story goes like this– after achieving colossal success at the Box Office and with a well-received toy line selling out at stores everywhere, Disney reached out to Hasbro’s Marvel team last year and asked what they had planned for Black Panther Series Two. Hasbro said they didn’t intend to do a second offering, to which Disney repeated themselves, this time less as a question, “No. We’re asking, what are you doing for Series Two?”

Thus, the second wave of Black Panther Legends may have been born out of the massive success of the movie and Disney’s keen interest in capitalizing on it as much as possible. Fast forward to a year later, and Captain Marvel is looking to follow in Black Panther’s footsteps, with an opening weekend pulling in $153 million in the United States and $455 million worldwide (take that, internet losers).

With numbers like that, and more of an appetite for both Marvel’s movies and Marvel Legends toys than ever, I think it’s a safe prediction that we might wind up seeing another wave of action figures before the end of the year. And there’s a lot of new characters, upgrades, and variants to fill that lineup, so I’m putting together my picks. I’ll note this is less a wish list as it is what I find to be the most likely figures to fill the lineup, in terms of cost effectiveness, audience interest, and what plays best to Hasbro’s design tendencies (reuse, extra parts, that sort of thing).

I’m using Black Panther Legends Wave Two as the base for this lineup, in terms of its focus on the MCU characters exclusively, and employing as much retooling and re-purposing as possible to keep production costs down. That being said, and after seeing the movie, here’s my prediction for what a strong second wave of Captain Marvel Legends could look like.

CAUTION for those who haven’t seen the movie: Mild spoilers may be ahead.

Captain Marvel isn’t an origin story, but our hero’s past is still integral to the plot. One aspect which Hasbro didn’t tackle in the first wave of Captain Marvel Legends is Carol in her pilot uniform. This would be a logical choice for a new figure– a cool design with lots of practical uses, the potential for a removable pilot helmet, and maybe even an alternate head and hands so you can make Maria Rambeau. It’d be a solid home run action figure!

The younger Nick Fury in wave one is a solid figure, but the SHIELD agent only sports the black suit during the first act of the movie. A second edition in his more casual jacket would be more emblematic of his look in the film, and would be a simple tool– just new arms and a jacket overlay on the previous Fury suit body. Toss in a second, spoilery head from Fury at the end of Captain Marvel, and you’d have another must-own toy.

Similarly, if the pilot Carol proved to be too much unique tooling, a Street Clothes Carol would fit nicely with Fury. And she could be made very effectively reusing parts from the Jessica Jones figure, as this great custom proves:

Djimon Hounsou has now crushed it in two Marvel movies playing Korath, but we still don’t have a decent action figure of him. A Star Force era figure would fit perfectly in a second wave of Captain Marvel Legends. The metallic green and black costume makes for a cool-looking toy (as evidenced by the previously released Vers, Minn-Erva, and Yon-Rogg), and you can borrow and tweak lots of parts from the former to cut down on production costs for Korath. His suit is similar enough to include a pack-in head for Att-Lass, as well, provided Korath’s sword sheaths are removable. If they could pull that off, Hasbro can cross two more members of Star Force off the list.

As evidenced by the second wave of Black Panther Legends, the name of the game in terms of follow-up sets is keeping tooling costs low. This means focusing on as much clever parts reuse and strategic character re-release as possible. Coulson’s return to the big screen is a great opportunity to reissue this hard to find figure to the MCU Legends mix. Previously, Coulson was only released as part of a Toys R Us exclusive box set, and in the years since he’s become increasingly scarce, despite the character’s popularity. A remake with modern real scan face paint would be a welcome addition for many fans of both Captain Marvel and Agents of SHIELD, and a worthy upgrade for those of us who already own the original Coulson.

When the Captain Marvel Legends first released at the beginning of the year, I had a suspicion Yon-Rogg (AKA Star Force Commander) would ultimately be seen as a disappointing figure. Sure, he features a great sculpt and eye-catching metallic paint apps that really make him pop… but he also lacked a second head with Jude Law’s portrait, and had a permanently closed fist for one hand. Seeing the movie proved me right, as in addition to these shortfalls, the Yon-Rogg toy also loses out on what could have been his coolest feature, the distortion weapons he wears on his forearms. Adding articulation and energy effects to these weapons would have made the figure a lot more fun, and opened up lots more movie accurate action poses. This might be my most controversial pick in the lineup– I’m as annoyed as anyone when a subpar figure gets re-released the same year they first came out– but there’s enough extras that could be added to Yon-Rogg that he would be very much worth a re-buy. Give him a new unmasked Jude Law head, new hand sculpts, and functional energy weapons on his arms and I’d be more than willing to commit to a second purchase of this guy in Legends form.

If the second wave of Black Panther Legends is a template, we can get away with at least one entirely new sculpt. For that role in this potential toy line, I’d choose the most important character in the movie not yet given the toy treatment– Annette Bening. Her full role in the story is super spoilery, so I’ll just say A) there’s a couple of very cool and unique options for how this character could look in toy form, and B) it would be freaking rad to own an Annette Bening action figure. After you see the movie, I’m sure many of you will agree we need this character in the toy line!!!

So here’s the thing– most of the brand new tooling for Black Panther wave two went to the fantastic M’Baku figure. But Captain Marvel has a perfect oversized character who they could re-release with nothing but a new paint job. Ronan the Accuser, before his brand of lethal fanatacism seemingly went out of favor with the Kree Empire at large, sports a different color pallet, but essentially the same uniform he wore in Guardians of the Galaxy. A green and black Ronan would look really cool, and the base sculpt released last year in the MCU 10th Anniversary collection is stellar. He’d also help build out that Kree army on the toy shelf!

We got two versions of Goose so far, both of which rock… but this little guy has some rad super powers that I’d love to see captured in toy form. Again, getting spoiled on those powers would be a disservice, but you’ll know the scene I’m talking about when you see it… and I want that in toy form. Pack him as an accessory with Carol or Fury and it would only make those awesome figures even better.