Adam Driver Is Kylo Ren in The Force Awakens 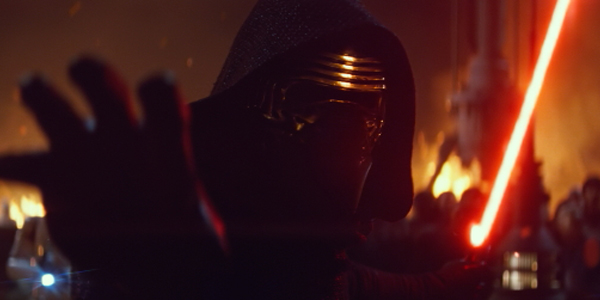 The actor behind the new villain of The Force Awakens has been confirmed!

Earlier this morning, a video went live featuring legendary Annie Leibovitz, who shot the Star Wars Vanity Fair cover we posted about earlier.  There’s some neat stuff on display in this under two minute clip, including our first look at the Snowtroopers in action, and a brief glimpse of Han and Chewie commiserating with the n00bs.

There’s also a pretty major confirmation hidden in the middle– new bad guy Kylo Ren, without his mask on, revealing it is indeed Adam Driver underneath.  Driver’s face looks totally normal, with no obvious cybernetics or weird tattoos or disfigurements. It’s funny that I never imagined a Star Wars bad guy would look so… normal.

Maybe it’s just the fact that I think Driver is going to kill it in this movie, but I’m totally on board!