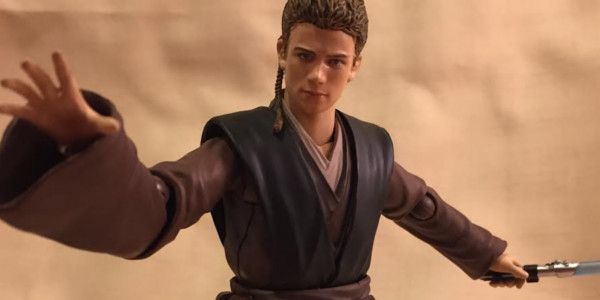 S.H. Figuarts has come through again with praise and anguish with the Anakin Skywalker figure based on his likeness from Episode 2.

Another fan favorite has come to the Figuarts Star Wars line. The anguish by some fans is that he was yet another Web Shop Exclusive. Why was this an issue? Well, his “exclusive” pack-in bonus was two extra Lightsabers and an extra head. Most argue that this was not warranted to be considered an exclusive. However, this figure is nothing less than amazing.

Anakin comes packed with two sets of hands and his traditional Lightsaber along with the other aforementioned bonus parts. Anakin’s box art had no window which shows that it was a Japanese exclusive. The world releases have the clear window so you can see the figure and some of the accessories. Also, it came packed with the brown outer shipper.

Paint application was flawless from head to toe. The extra head which features a more angry Haden Christensen likeness looks amazing. The articulation on this figure is as we all expect from Figuarts. One thing I noticed was the saber holding hands were drilled with a more straightness then the angle the others were drilled at. This made adding the Lightsaber hands much easier to the wrist peg. Many have had issues with the older releases pegs snapping due to the angle and force needed to get the hands on, It is safe to say that S.H. Figuarts fixed this quality control issue with the product. 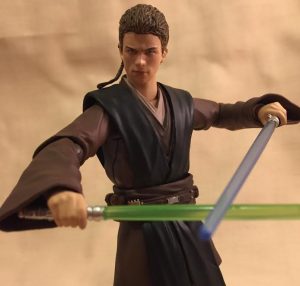 Anakin fits very well with the rest of the figures from the Clone War part of this line. With Padame coming out in late June early July they have pretty much hit over 80% of the characters from the movie. JQ gives Anakin Skywalker an 8.5 out of 10 despite the whole Web Shop Exclusive debacle. 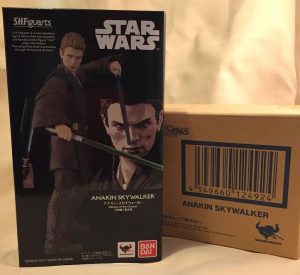 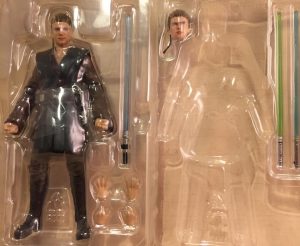 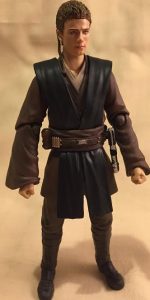 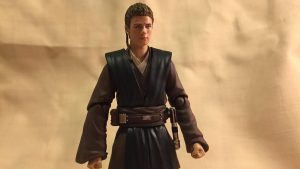 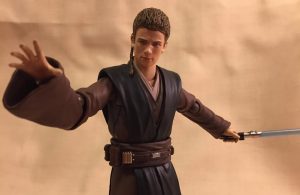 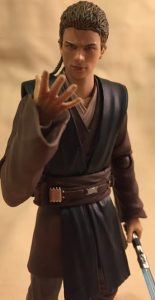 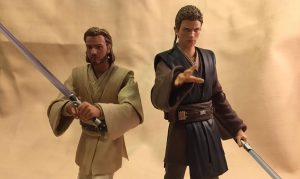