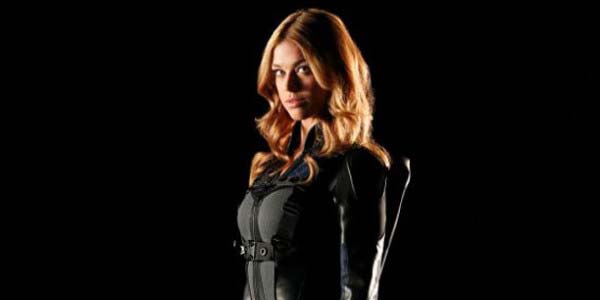 Adrianne Palicki made her small screen debut as Bobbi Morse this past Tuesday on yet another surprisingly good episode of Agents of S.H.I.E.L.D.  But while it was awesome seeing her infiltrate Hydra (includign a sweet extended action sequence with her twin batons), it looks like next week will be the first appearance of the S.H.I.E.L.D. agent in her Mockingbird uniform and signature blonde hair.

Based on the first in-costume image released by Marvel, she’s gonna look pretty awesome!  By this point, I think we have kind of come to expect a lot of black uniforms in Marvel TV, but for Mockingbird, this actually makes sense… I dig how her outfit comes across as a customized S.H.I.E.L.D. jumpsuit, just like Black Widow and Hawkeye wear.  And the specific tweaks– the lighter coloring of the chest piece and the batons stored on her forearms– make for a great callback to Bobbi’s comic book uniform, while remaining perfectly practical.

Palicki is also a great choice for the character, and I totally hope she sticks around this season long enough to be there for the rumored Jeremy Renner cameo.  I’d be even happier if she’s a big enough part of the team for Hasbro to give her the toy treatment, like we’re finally getting for Agent Coulson.  I’d love to have this Mockingbird on my shelf alongside the rest of my cinematic Avengers! 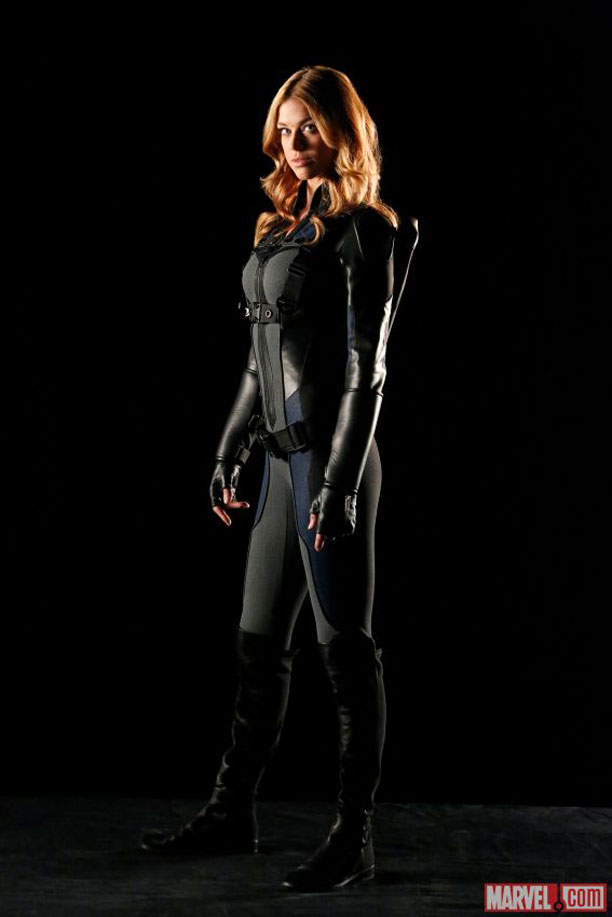