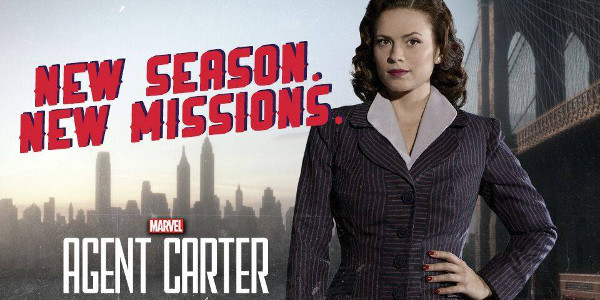 At least we’re getting one good Marvel show returning to ABC, and that will have to do.

I’m so glad that AGENT CARTER has been renewed. I personally enjoyed it a lot. It had a visually similar style to what Joe Johnston created in CAPTAIN AMERICA: THE FIRST AVENGER.

The entire season felt like one of those old fashion serials.

And the best part about the show was the amount of references it had to the Marvel Universe. Loved it!

So now we’re looking towards a full season of AGENT CARTER, and the possibilities are endless. AGENT CARTER is pretty much looking at the Marvel Cinematic University in it infancy. So we have this gap of time between where AGENT CARTER ended and IRON MAN began. Plus, it was the start of the Cold War and that’s when Marvel Comics actually started.

Think of the characters that can be introduced: Jim Hammond, William Burnside, Jack Monroe, Alexei Shostakov, and so many more.

So here we are now, on the verge of further exploration of the Marvel cinematic universe. Personally I can’t wait for season 2 to start.