Agent Carter Is Getting Some Serious Talent Behind the Camera 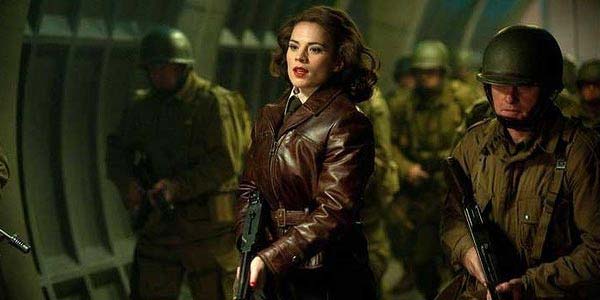 Friday was Marvel’s TV panel, and we’ll have lots more information coming soon from the press conference.  But this was too cool not to share– The Russo Brothers, whose Captain America: The Winter Soldier remains one of the best movies of the year, will direct two episodes of the upcoming series.  And keeping everything in the Cap family, First Avenger director Joe Johnson is intending to direct an episode as well!

The pilot, in the meanwhile, is being helmed by Lou D’Esposito, the director of the incredibly cool Agent Carter one shot.  There was no word on whether the show landed Dominic Cooper as Howard Stark, but Tony’s dad will absolutely play a role no matter who is playing him.

Agents of SHIELD was obviously also on hand, talking about their second season, but as far as I’m concerned Agent Carter is the one to get excited about.  Hayley Atwell kills it as this character, still one of the strongest and most empowering characters in Marvel’s cinematic universe.  And it feels like there’s plenty of space to explore with Peggy, so I can’t wait to come along for the ride.