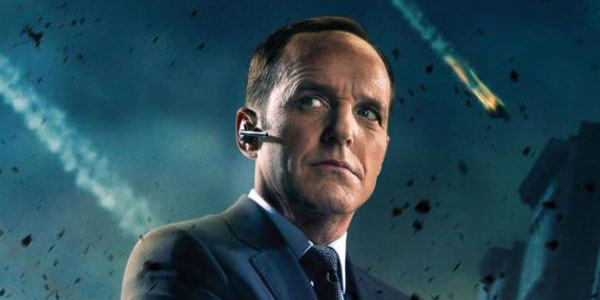 One of the biggest bits of news from New York Comic Con didn’t happen in the IGN Theater (the East Coast’s little sibling of the infamous Hall H in San Diego)… it took place at the Marvel booth right on the show floor.  Joss Whedon revealed in a video message to a gathered crowd that Phil Coulson, the SHIELD agent who basically formed The Avengers, is making a comeback for the upcoming SHIELD TV series on ABC.

How exactly Coulson will return from being pretty obviously murdered by Loki in The Avengers is the mystery of the hour, although actor Clark Gregg, who was on site at NYCC either hinted or teased when he said “Ever heard of a Life Model Decoy?”

I’m gonna say the LMD thing was a gag, because translating that much-maligned plot device into the Marvel cinematic universe might be too silly for even someone as cool as Joss Whedon to handle, but I do love the idea that bringing Coulson back for the SHIELD TV series is going to be a nod to the old “no one stays dead in comics” truism, one way or another.  The best thing about Marvel Studios’ movies has been the love they express for their source material, proudly wearing their funnybook roots on their sleeve while folks like Chris Nolan do everything that can to “legitimize” their projects.  Resurrection is a staple as old as it gets in comics, and I say it’s about time Marvel dipped into that well.

There’s no absolute guarantee that Coulson will be resurrected… the show could run on a pre-Avengers timeline, but after opening up this increasingly broad and exciting universe, to not have SHIELD hip-deep in super powered action seems like a total cop out.   And Coulson’s return on the small screen does nothing to erase the decidedly rad idea to turn Coulson into the Avengers’ resident android The Vision, so that rumor can happily stay on the table for now.

There will be plenty of time for speculation while we wait for the SHIELD pilot, but for now we can celebrate– I think Gregg himself put it best when he said simply, “Coulson Lives!”