The Agents of Hydra Have Never Looked Better 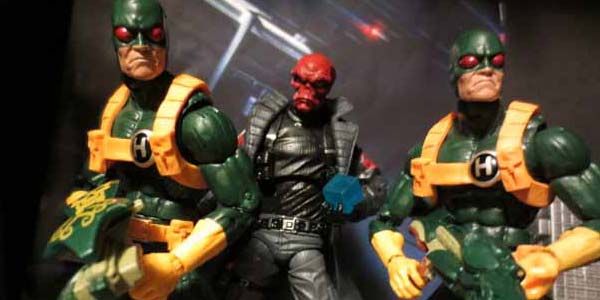 Not one but two Agents of Hydra are here to face Hasbro’s Legendary Captain America.

There’s a lot of exciting things about Hasbro’s Captain America Legends, but one of the biggest deals is the lineup– aside from the wonderful Marvel Now! Cap (and a repack of the First Avenger movie figure) the rest of the first series is composed exclusively of bad guys!  The four villains are split into two factions, and the first pair are the agents of Hydra, including a new soldier and a new version of Cap’s arch nemesis the Red Skull.

Both these figures are welcome updates.  I know I’m in the minority on liking the older Hydra solider from Hasbro’s third series of Marvel Legends, but even I can admit this new version is very cool.  Based on the current medium build hero body, the Hydra Soldier features a great new head sculpt with red eyes, new webgear that fits very nicely, and a pair of awesome Hydra weapons, one of which is emblazoned with the evil organization’s skull and tentacle insignia.  Like I said, I dig the old Hydra goons, too, but the new ones are a different look that serve as a nice replacement for the previous version, or as a whole new faction within the overall Hydra army on your shelf. 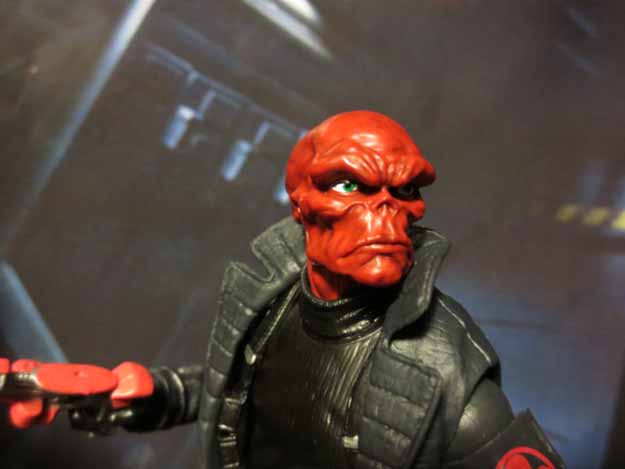 Red Skull is another nice figure, depicted in a black trench coat and wielding a red pistol and his coveted Cosmic Cube.  The body here is a reuse of the Nick Fury trench coat figure, with the web gear from movie Fury and legs from Winter Soldier.  It’s still not the best designed figure from Hasbro, with severe limits in the arm articulation thanks to the bulk of the jacket and small size of the shoulders, but it works well enough for this look of Skull.

What makes this figure totally worth it, though, is the astonishing new head sculpt.  This is the perfect rendering of Red Skull, conveying all his anger and arrogance in this menacing sculpt that is packed with personality.  Between that and the Cosmic Cube, finally making its Legends debut, the Skull is a must buy regardless of your thoughts on the mediocre body.  Adding to the cool factor of this guy are very nice details, such as the red Hydra logos on his shoulders, and even the tiny insignia on the hilt of his gun. 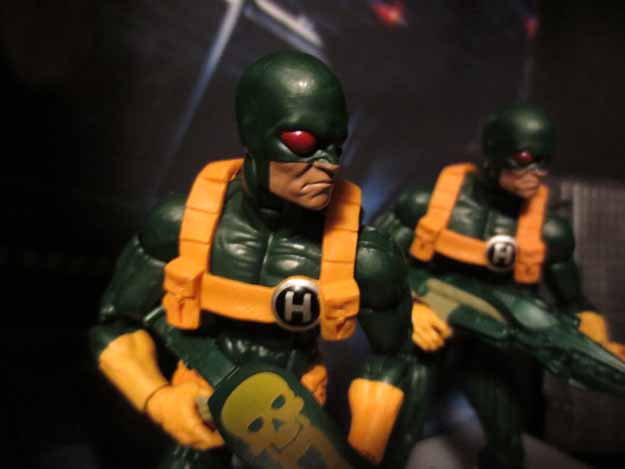 The Captain America Legends are a winning series so far, with fantastic figures and a great assortment very much in line with what collectors have been wanting for years now.  The Agents of Hydra may both be figures we’ve seen before in the life of the Legends toy line, but these updates are so good, they certainly earn their place in any collection. 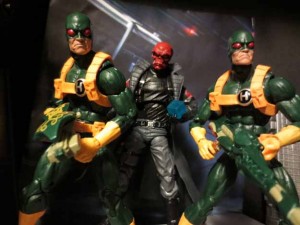 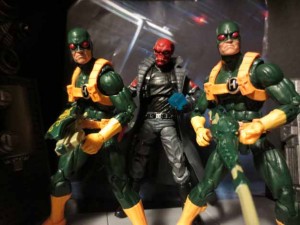 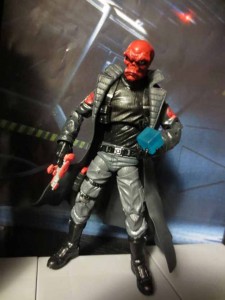 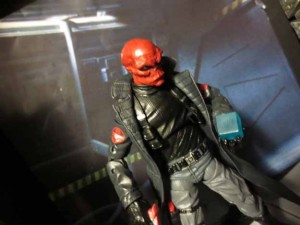 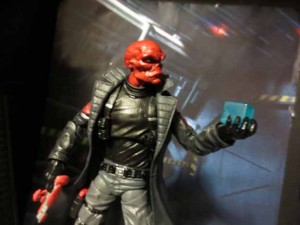 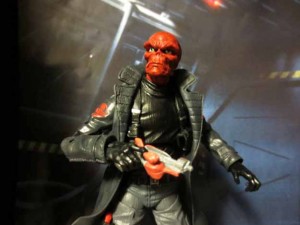 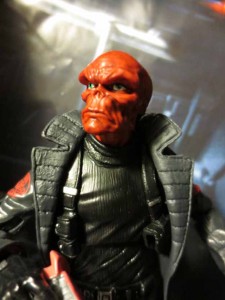 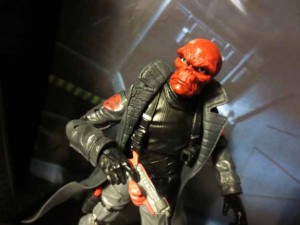 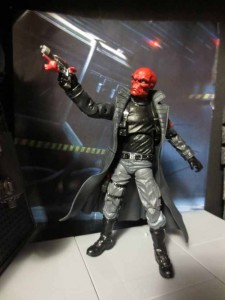 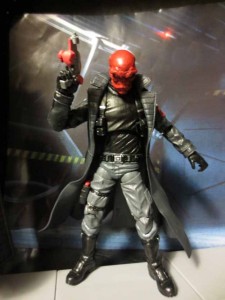 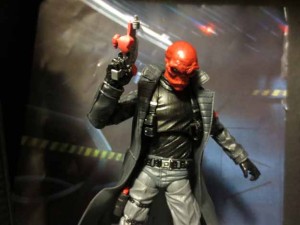 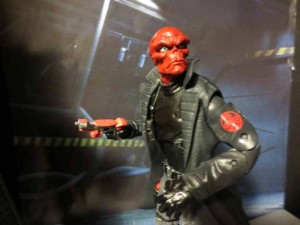 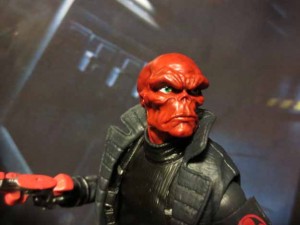 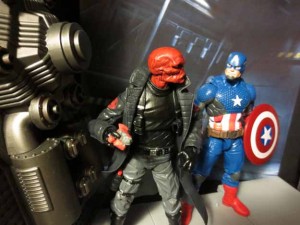 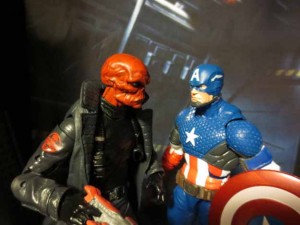 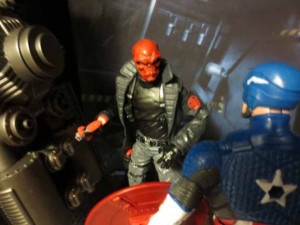 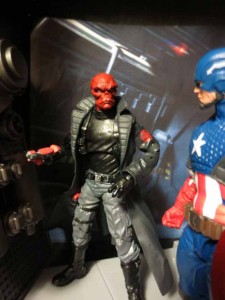 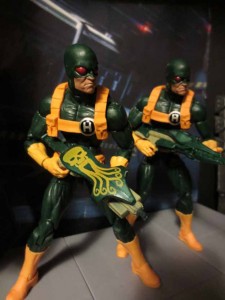 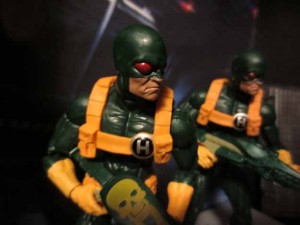 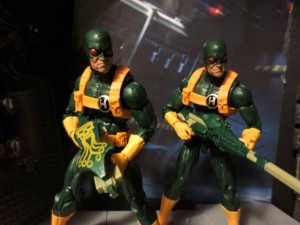 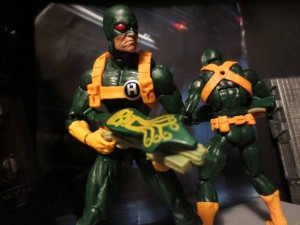 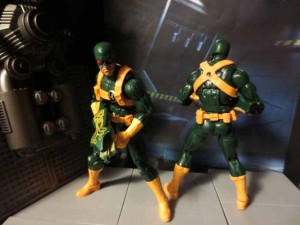 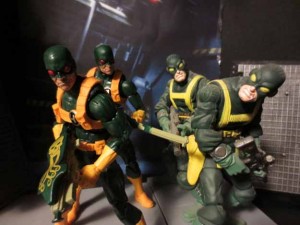 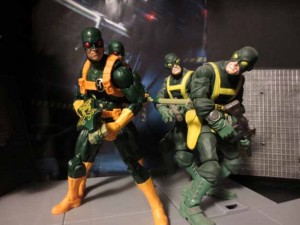 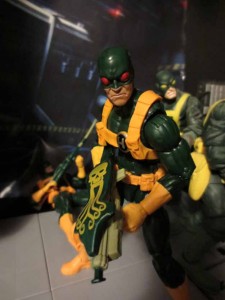 Check back tomorrow for a look at more of Cap’s greatest foes, the Soldiers of A.I.M!