Agents Of S.H.I.E.L.D. Is Chasing A Ghost Rider 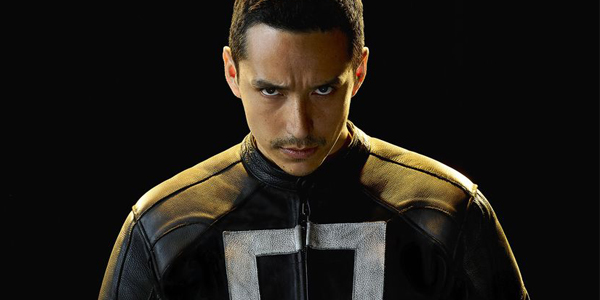 The Marvel world is expanding, faster and farther than any fan could have imagined. The universe may seem fractured, when we talk about TV vs. the Movies Vs. Netflix, but when you watch the shows you lose all that drama and just get sucked into the vast comic world.

There is a new status quo in the world of S.H.I.E.L.D.; Coulson is now just a field agent with Mac, Daisy is out and about tracking down a serial killer, May is just a training officer, Fitz is much more confident, and Simmons is now one of the inner circle of the new Director. It was good to see everyone break out of the roles they have had since the start of the show, a shake up necessary to allow this cast and show to grow. The season is also starting to set the seeds that will play out until next spring.

The first Life Model Decoy (LMD) was activated, but not ready for the public with Fitz agreeing with Radcliffe that it must be perfected before she is revealed to the others. The world of magic was also introduced into this world with the arrival of the Ghost Rider and whatever was in the Pulp Fiction like box being passed around the gangs of LA.

If this storyline was considered 10 years ago the effects and budget would not have been possible, but this new Ghost Rider looked better than any effects in both Nick Cage films. We also get to see a glimpse into the life outside the flaming head, which is touching and sure to endear the audience to the man on fire.

Will the season be all about the Rider? Will the LMD bring rise to all new machines? Or will there be a new threat we don’t see coming? One hour in only about 21 more to go!