Agents Of S.H.I.E.L.D. Gets A New Poster 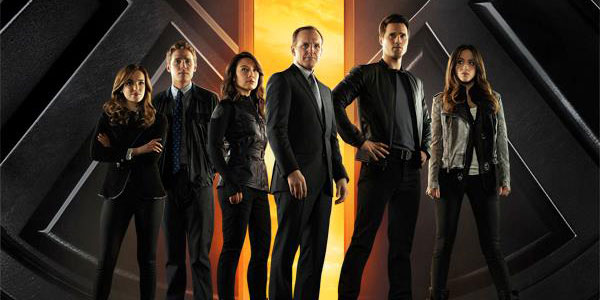 ABC’s Marvel TV show gets a new cast poster, as we all anxiously await the premiere.

Of all the reasons I’m kicking myself for skipping Comic Con this year, the screening of the premiere episode of Agents of SHIELD– coming to ABC on September 24th– is pretty high up there.  Along with the next Phase of movies, this show will continue building the Marvel cinematic universe on the small screen, all guided by a fantastically not dead Agent Phil Coulson.

I think the show is going to be awesome, but even if by some odd chance it’s not, it’s still going to serve a huge role in what Marvel is doing… namely keeping all the world-building/ SHIELD interference OUT of the feature films and planted squarely in the continuity of the TV show instead.  So it’s kind of a win/ win.

The reason I’m talking about all this instead of the poster is because, well, I can’t think of much to say about this one.  We’ve got our core cast lined up in front of the opening doors from Syndrome’s fortress in The Incredibles.  It’s a fine image, and I’d love it if SHIELD really does have a headquarters embedded inside a volcano, but the show itself will likely be set in a more budget-friendly office building in New York.  Or maybe not– I don’t know because I haven’t seen it! 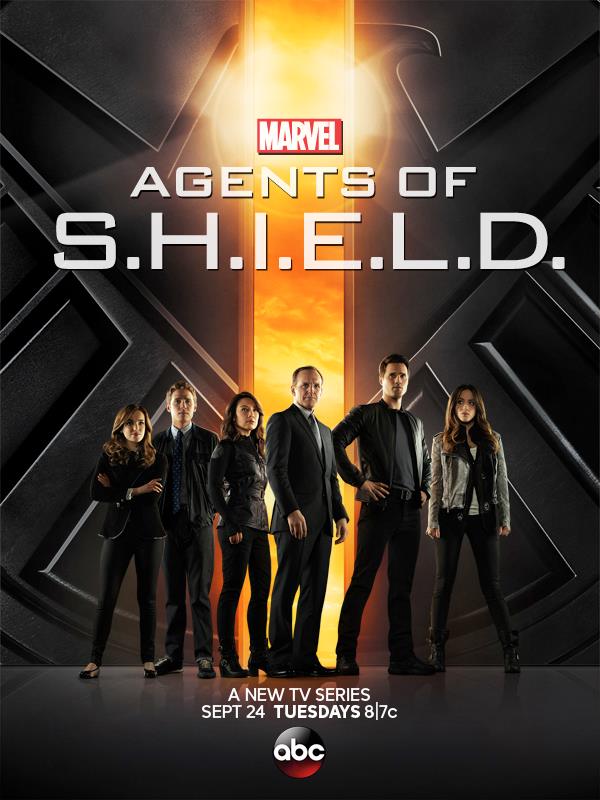