ALERT!!! Porgs Are Coming To The Black Series 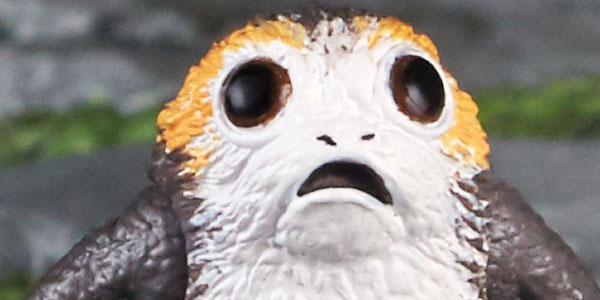 The Last Jedi’s adorable creatures are coming to Star Wars The Black Series in 2018!

Back at HASCON, Hasbro’s Star Wars team got us good. Steve Evans and his band of tricksters played dumb when we asked where the 6″ Black Series scaled Porgs were in their Last Jedi assortment, and they said the adorable critters weren’t yet on their radar for the collectors line.  And I believed them, mostly because of how the largely humorless, overly serious adult Star Wars collecting community are about the only people on the planet not excited to see these residents of Ahkh-To on the big screen.

So I’ll readily admit Hasbro punked me… and I couldn’t be happier they did!  Hasbro revealed the 6″ scale Porgs during a panel at MCM London Comic Con, and that’s been followed up by an official press image.  The small scale creatures will be released Spring 2018 retailing for $5.99 (which I’m guessing is for the two-pack?).

Even if you’re one of those party poopers who hate on Porgs (boooo!), it’s interesting to see how Hasbro packages these little guys, because this could, in theory, open up a smaller sized, lower price point within The Black Series. A pair of Porgs probably wouldn’t be too far off from an Ewok, right? Or at least a swarm of Mynocks of a Kenner style mini Dionoga?  The possibilities are endless!

For now, though, we get the Porgs… and they look wonderful! Check them out below, in all their Porg-y glory… 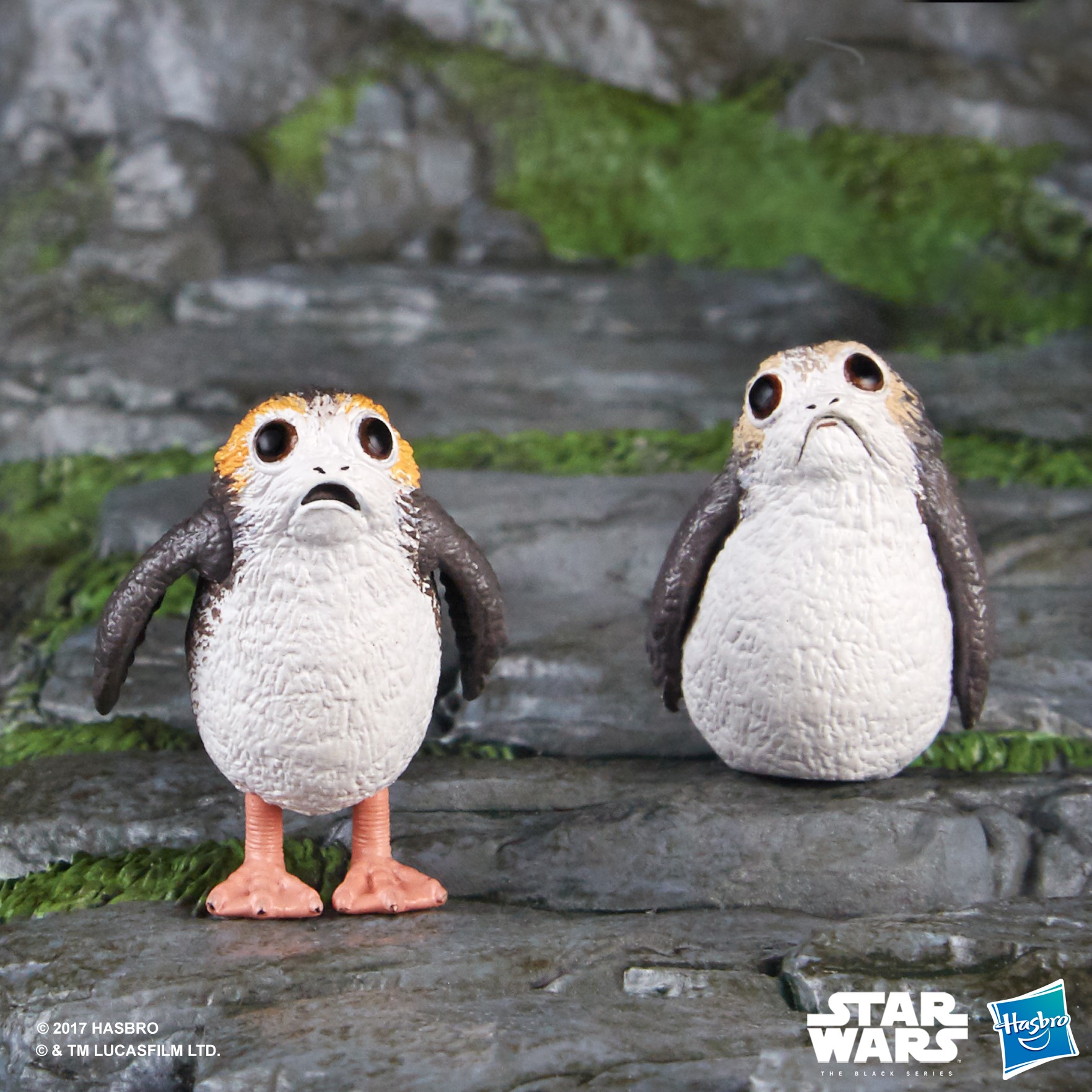