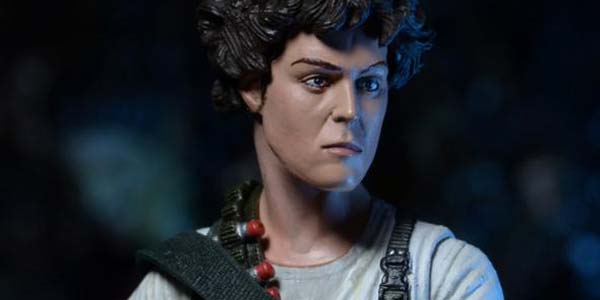 Another strong contender for toy of the year is coming soon from NECA.

18 months ago, the idea of an Ellen Ripley action figure was nothing but a pipe dream.  By all accounts, Sigourney Weaver had very little interest in offering her likeness for NECA’s toy line, meaning while we could see tons of Xenomorphs and Colonial Marines and some crewmates from the Nostromo, we were not likely to ever see any renditions of the star of the franchise.

That all changed with the biggest reveal at Toy Fair 2014– NECA had finally landed Weaver’s likeness, and were quick to announce no less than three versions of our hero– two figures based on Ridley Scott’s Alien, and a third which captures Ripley in her most iconic look,* from the final battle of James Cameron’s sequel Aliens.  Which movie is better is a nerd debate with no real answer, though even Ridley Scott supporters are quick to note Ripley’s suspenders and custom flame thrower/ pulse rifle weapon is THE Ellen Ripley ingrained into our collective culture above all others.

NECA nailed it with this figure… she is perfect!  Ripley will be released later this summer, along with half of Bishop (who includes an egg and Facehugger, in lieu of the other half of his poor body), and reissues of the Xenomorph drones in both black and red.  The rest of the figures are cool, for sure, but Ripley is the star of the show, as she should be.  I cannot wait to add her to the increasingly wonderful Aliens collection.

Another must-have item is the Alien egg six-pack, featuring half a dozen Xenomorph eggs, in scale with the 7″ action figures, as well as three Facehuggers.  The kicker is the box art– the eggs come packed in a Weyland Yutani Farms carton, which you can see in the gallery below.  This is SUCH a good idea, I’m stunned nobody has thought of it before now… it’s an army builder, it’s funny and it’s completely cool.  Hats off to NECA on that one, too.

There’s a lot of Aliens stuff to love this year, starting with the latest wave of action figures, including our first two Ripley figures and her unfortunate former captain Dallas.  That wave just went up for sale, and you can snag any of them straight from NECA’s eBay store here. 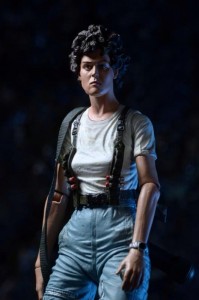 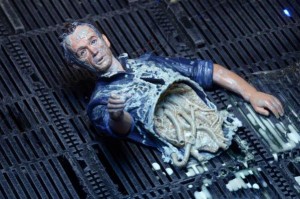 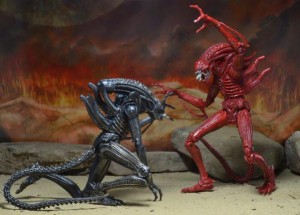 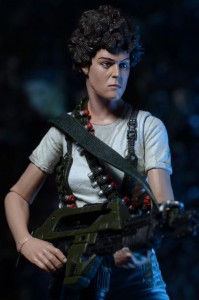 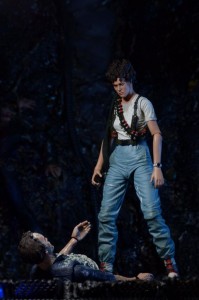 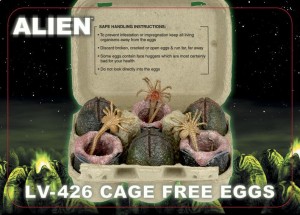 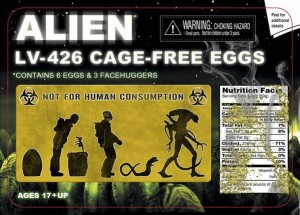 *Excluding the underwear scene, I guess.