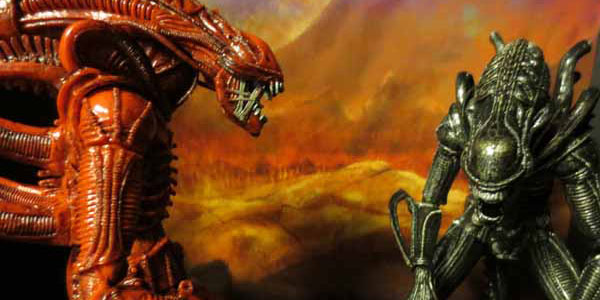 Aliens Genocide was a kinda silly idea– the Xenomorphs have split into separate colonies, and one colony’s exoskeletons have changed from black to red.  And the two sub-breeds of aliens are hard-coded to want to kill each other, like red and black ants– Get it, guys? 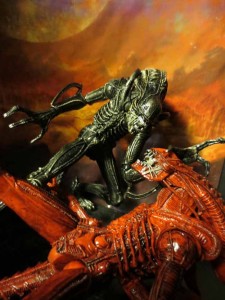 Anyway, that backdrop serves as the perfect avenue for NECA to get some new mileage out of their amazing new Alien sculpt, so I’ll happily take the silly source material.  The set logically pits one red Xeno against one black Xeno, both of whom share the same base.  When that base body is as good as this– hyper articulated, incredibly detailed, and including all the bells and whistles imaginable from bendy tails to hinged jaws and extending inner mouths– that’s totally fine by me.

The paint work here is solid, with the red Xeno not looking too garish, thanks to a very nice black wash over his crimson frame.  Because NECA is just that cool, even the more standard black creature gets an all new deco, with a silver-grey tint instead of the brown tones of the single release.  So both figures are all new versions of the classic monster, making this set a great way to build out that alien hive.

The black Xeno is perfect, perhaps my favorite deco we’ve seen for this figure so far.  I like the red one, too, although the paint used tends to get stuck on some of his joints, so take some care when freeing his moving parts, as they may be jammed pretty good.  The biggest issue is the upper thigh swivels– it would appear there have been a number of issues with these joints being stuck in place tight, and if you twist too hard to free them up, the glue of the crotch piece can give way and crack the figure open.  I’ve seen a few counts of this already, and my figure’s hips remain stuck because I saw the crack in the torso widening as I made my attempts.

Overall, the Genocide two pack is a great way to start building those alien hordes, while also adding some variety to the collection.  I’m glad to see NECA is already thinking outside the box with the Aliens property, as they’ve had much success doing so with the Predator collection.  The Genocide pack works as a perfect army builder, and I can’t wait to pick up a few more sets when they hit mass retail. 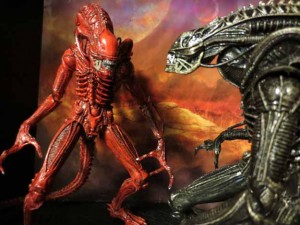 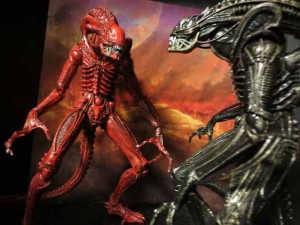 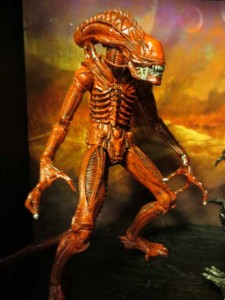 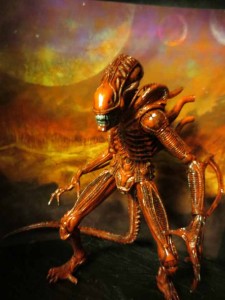 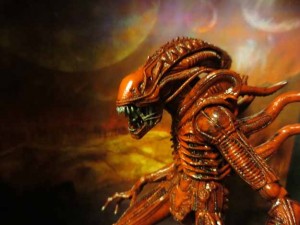 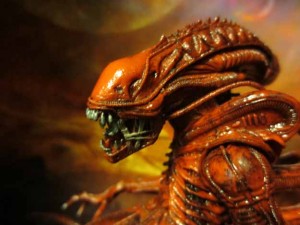 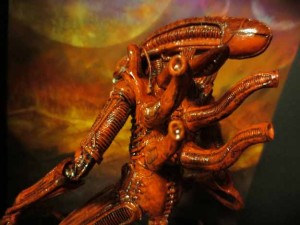 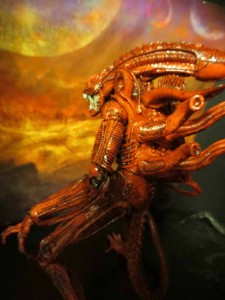 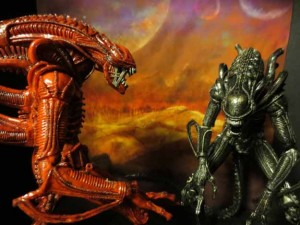 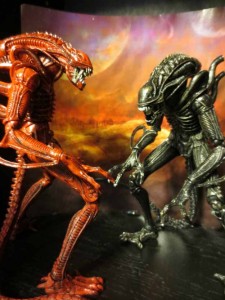 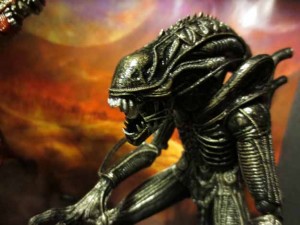 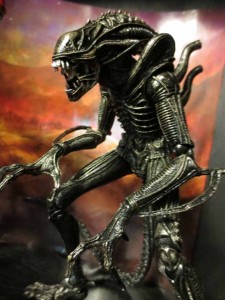 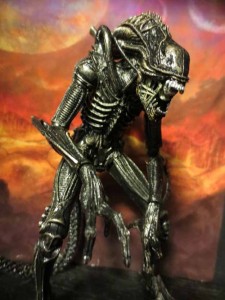 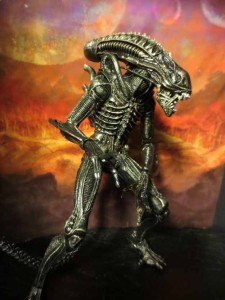 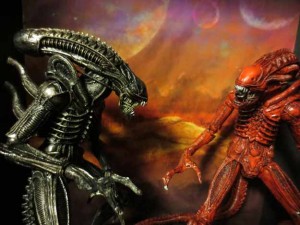 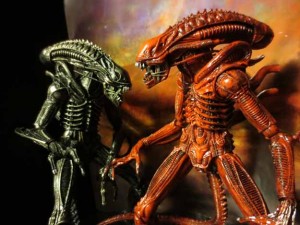 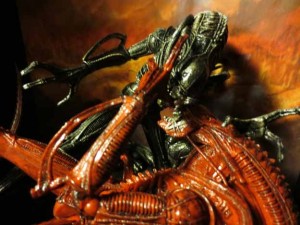 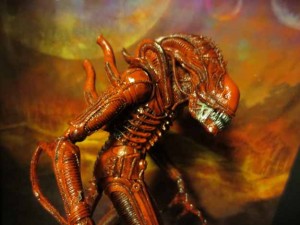 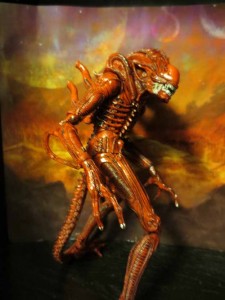 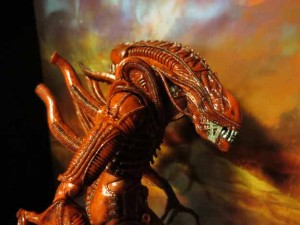 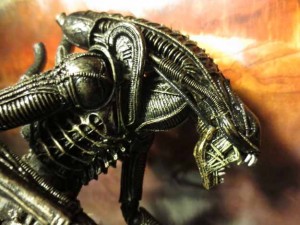 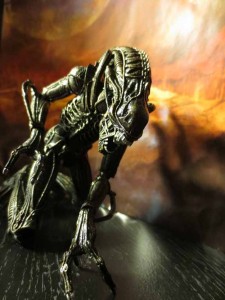 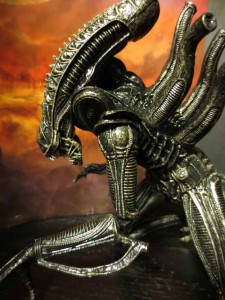 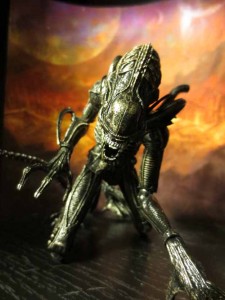 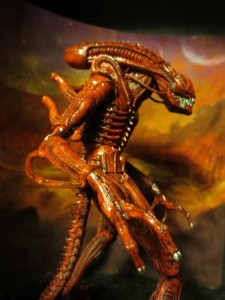