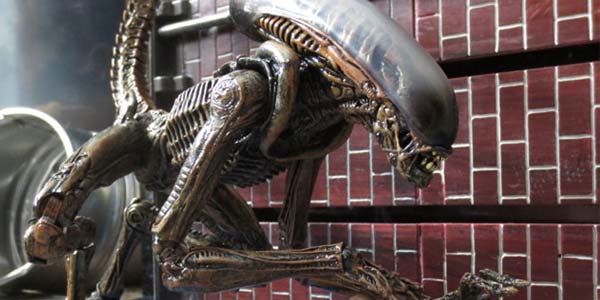 For the third series of NECA’s Aliens collection, we get the “Dog Alien,” the creature that menaced Ripley and the inmates of prison planet Fury 161 in– appropriately enough– the third Aliens movie.  And maybe because a recent re-watch made me appreciate Alien 3 way more than I had earlier, but I’m totally digging on NECA’s latest Xenomorph.

The Dog features an all-new sculpt, which makes sense, as it was a much more dramatic change than the Big Chap from Alien to the drones seen in the first sequel.  The Dog Alien features an entirely new body shape, larger and more animalistic, and NECA’s sculpt certainly does the beast justice.  In fact, this figure looks better than the Dog did in its frequent, and quite dubious, CGI scenes in the movie. 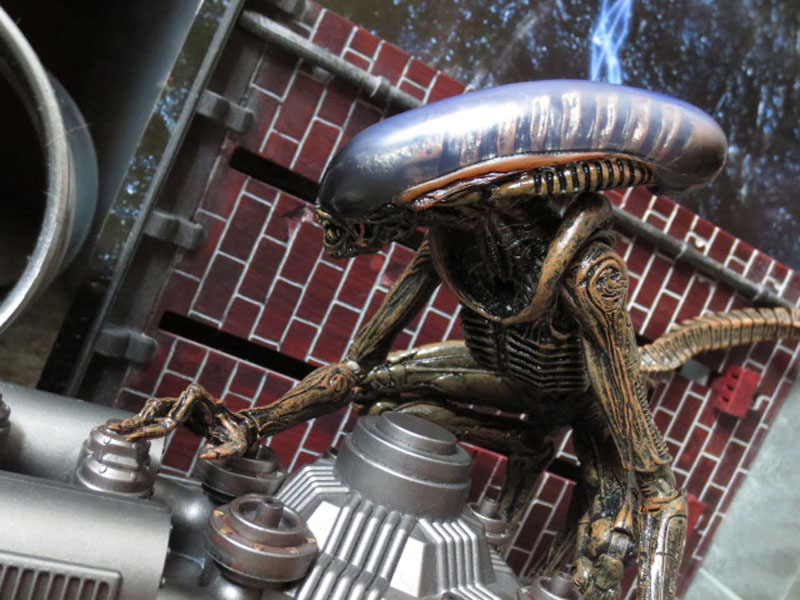 From the first look, it’s clear NECA put a lot of effort into the Dog Alien.  The level of detail in its bio-mechanical exo skeleton are fantastic, even more meticulous than the previous Xenomorph sculpts.  I love the exaggerated hip bones, which jut out perfectly to give this creature a distinct silhouette, and the spindly limbs and very long tail help the figure look perfectly natural in both two-legged or four-legged poses, while also making the Dog stand apart from the previous Aliens figures.

Not only is this our most detailed Xenomorph to date, it’s also the most poseable, with almost 30 points of articulation, each offering a great range.  I can’t imagine anyone wanting to stand this beast upright like the other Aliens… it looks perfect on all four’s, pounced and ready for the next attack.  The tail features an excellent wire inlay, which helps to provide lots of posing options for this piece as well.

The Dog’s paint apps are quite film accurate, with a medium brown for its body and a black wash which makes its details truly pop.  I love the dark smoky dome on top of the Dog’s head, which hints at the hazy segmentation of the skull underneath, and the articulated jaw– with extending inner mouth, of course– is very well designed, both completely sturdy and with a range that once more allows for multiple distinct posing options. 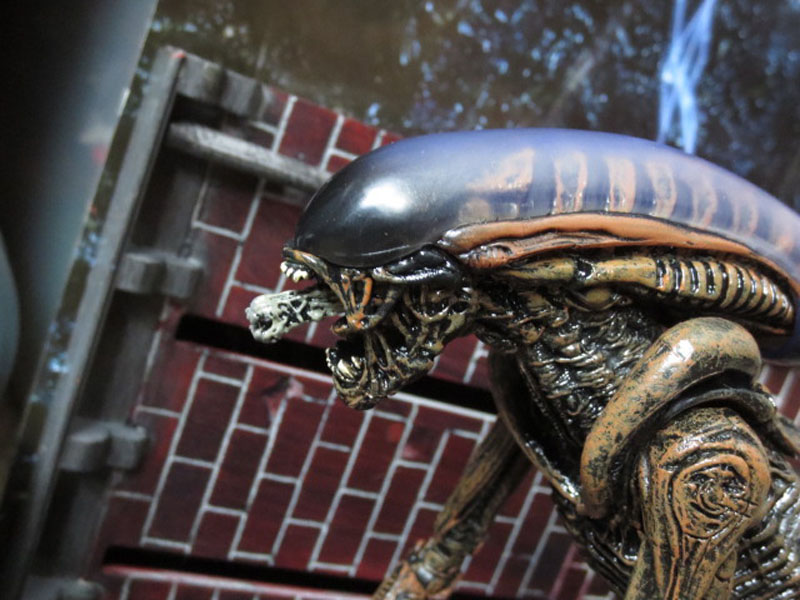 I found that heating the neck joint of the Dog really helps to get the best range out of the two neck joints.  Loosening these joints with heat means you can easily bend the head back almost 90 degrees, so the creature can look straight ahead while hunkered down on its fours.  The ab joint also helps achieve this effect, although the ab on my figure got quite loose very quickly, and now really only stays in whatever pose gravity dictates.

Alien 3 might not be the best film in the franchise, but it’s surprisingly better than I recalled from when I first saw it.  As such, I feel no remorse for adding the Dog Alien to my toy collection.  That being said, even if the movie was awful, NECA did such a great job on this figure, it would still earn a spot, regardless.  While that makes my wallet nervous about figures based on truly awful films like Alien Resurrection or Alien vs Predator, for the time being I’ll enjoy these fantastic toys from the early movies I really, really love. 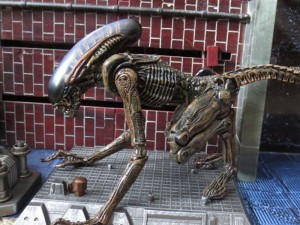 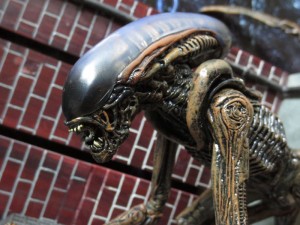 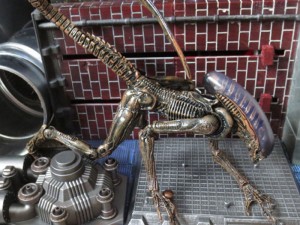 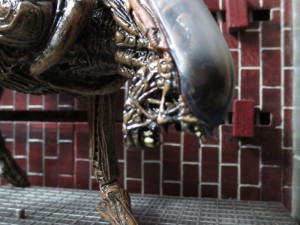 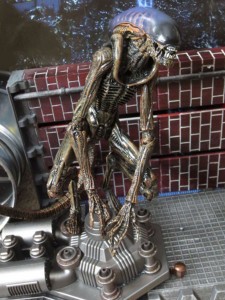 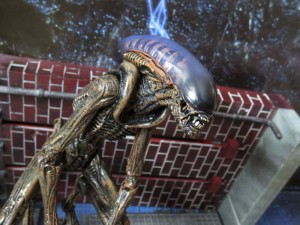 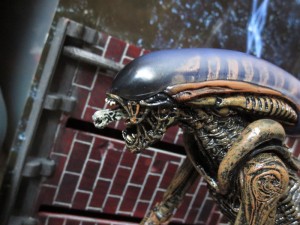 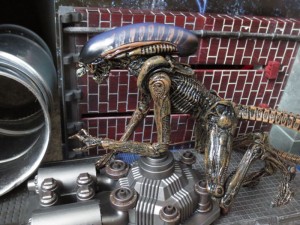 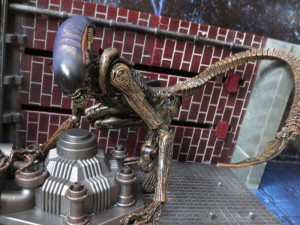 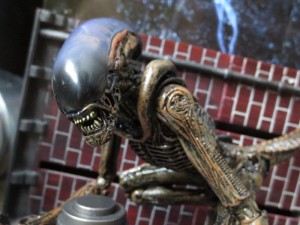 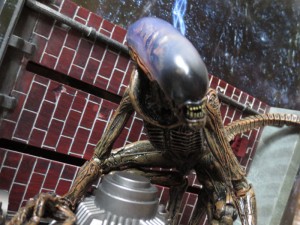 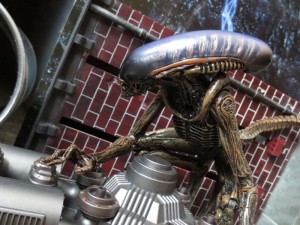 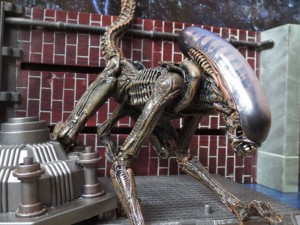 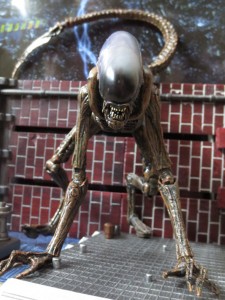 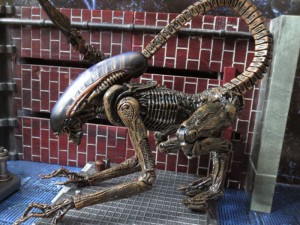 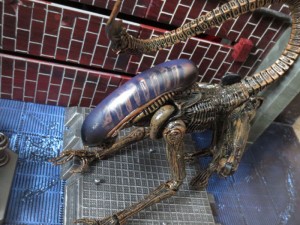 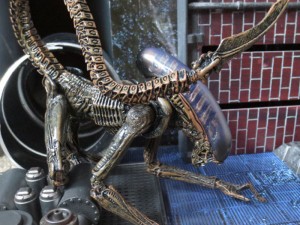 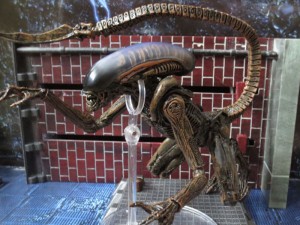 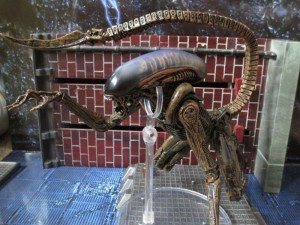 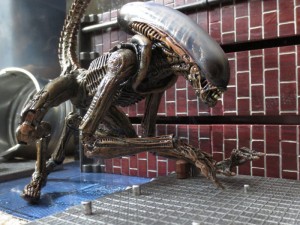 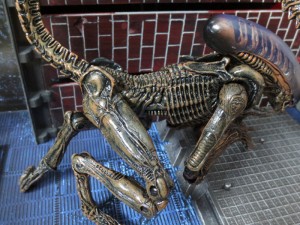 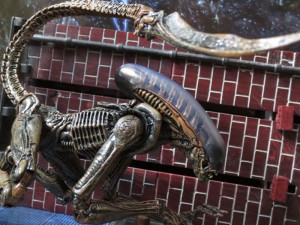 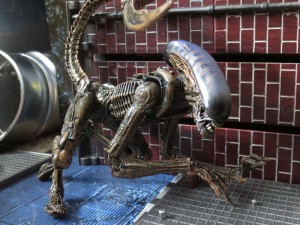 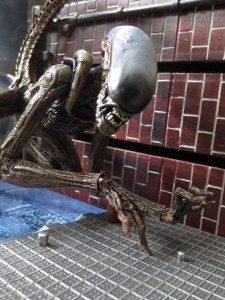