The Alternate Looks of The Amazing Spider-Man 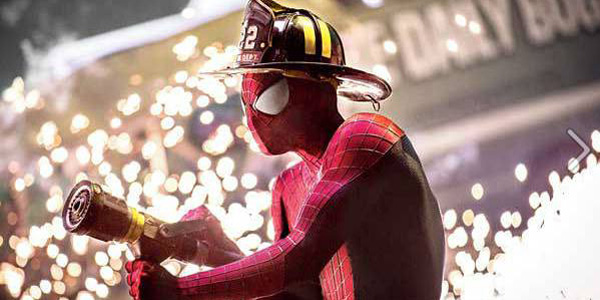 Check out some alternate suit designs from The Amazing Spider-Man 2.

One of the things I’m really, really excited for in regards to The Amazing Spider-Man 2 is the new suit design.  It’s without a doubt the most comic-accurate costume we’ve seen on film for the web slinger, and it proves you can translate a super hero costume pretty damn close to verbatim from the comic pages and have it look good.

Spider-Man’s costume doesn’t have to be super flashy– he made it himself, as a teenage kid– and both Amazing movies have done a decent job of suspending the disbelief around his DIY suit.  Yes, the first movie’s outfit looked a bit complex, but it read well enough as a heavily modded luge bodysuit, and the new more streamlined design of the sequel’s costume is perfection.

I appreciate that even more now, having seen some of the “alternate suit designs” the movie makers have shared on the ASM 2 Facebook page.  These designs all feature a darker color pallet and a lot more unnecessary texture, which I guess would have worked if this movie included Peter Parker running into a real life Hollywood costume designer.  But it probably doesn’t, so I’m glad these costumes have (most likely) been relegated to could-have-been concept drawings on a Facebook feed instead.  It’s almost Thanksgiving, after all, and these images feel like one more thing to be thankful we won’t see on the big screen.

What do you think? Do you like the comic-style suit we’re getting… or do you think one of these suits would have been a better choice? 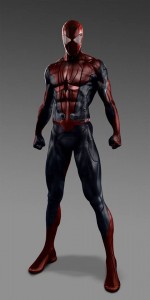 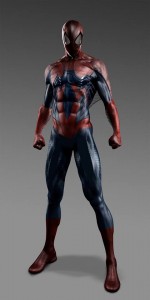 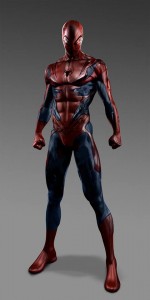