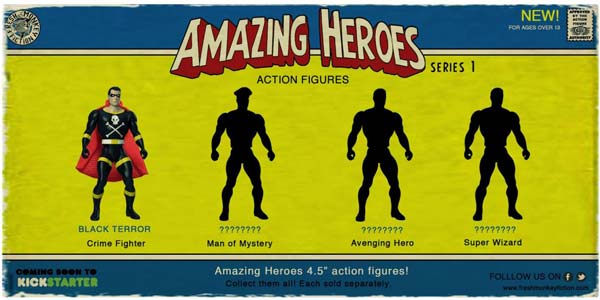 Fresh Monkey Fiction is launching a new line of action figures called Amazing Heroes, which they will be revealing one per week, starting with the Golden Age hero the Black Terror.  The first teaser also gives us some clues as to the other three figures in the set, which, as Fresh Monkey Fiction puts it, “hope to invoke a bit of vintage nostalgia as we pay homage to the mid 80s, early 90s super hero toy lines that many of us grew up with.”

Based on this first image, I like the old school pulp feel of the concept, and the figures’ design and proportions reminds me a lot of the wonderfully playable Secret Wars toys from the early 80s.  I’d assume– based on the weathered, retro sensibility of the teaser image– the rest of this assortment will offer more classic comic book and pulp heroes, which I’m down for– the Golden Age has never really gotten much love in toy form.

A Kickstarter is planned to launch shortly for this series, but in the meantime you can get all the latest news on this toy line at Fresh Monkey Fiction’s website.  I’m looking forward to finding out more about these guys! 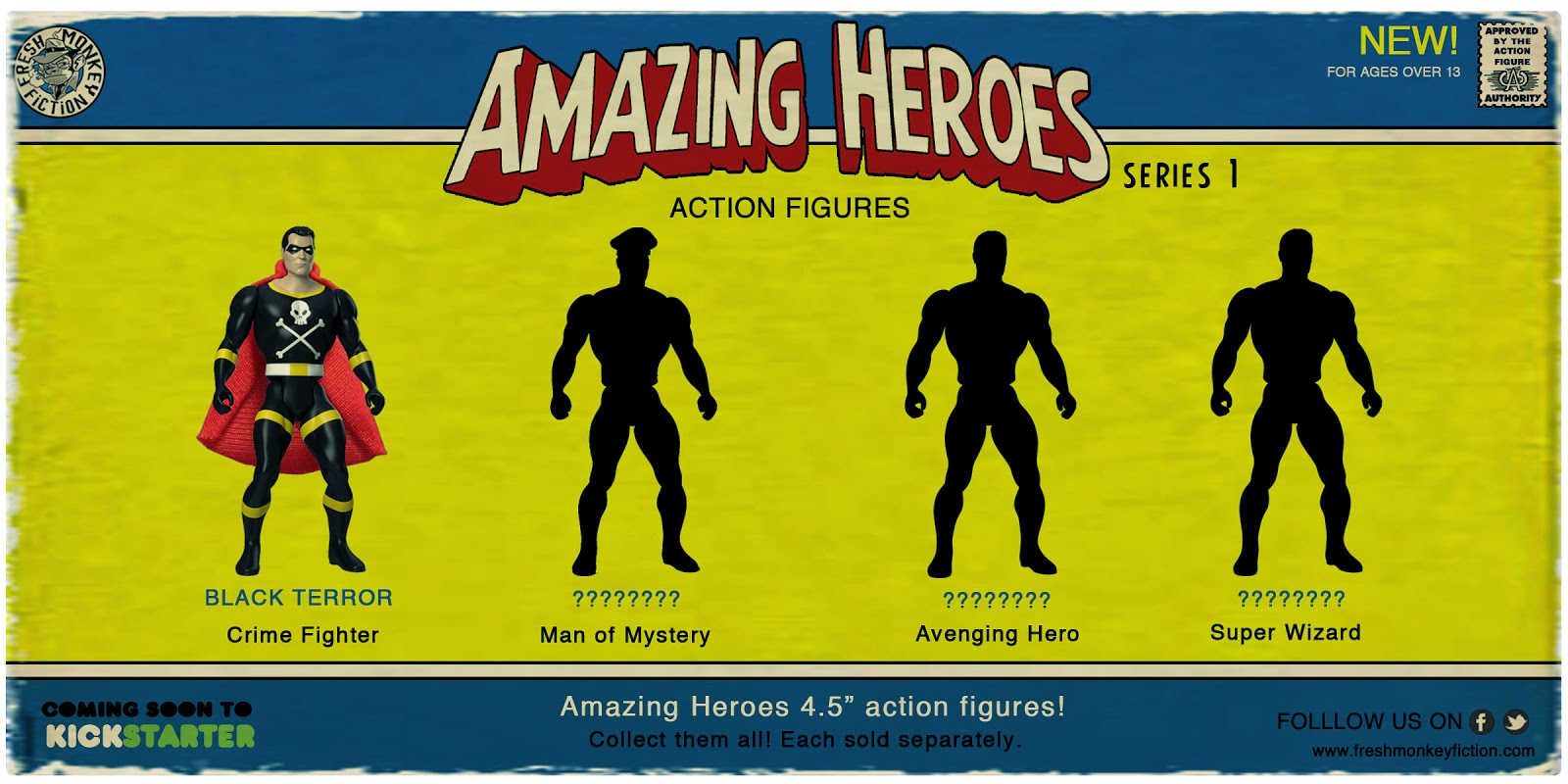