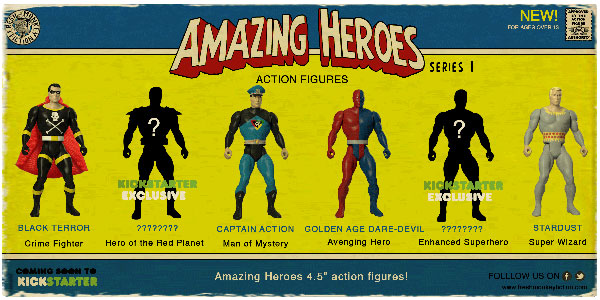 Amazing Heroes was first revealed a few weeks ago with the reveal of their first figure, Golden Age crime fighter Black Terror.  Since then, Fresh Monkey Fiction has been debuting one new figure from their first series of figures every week, and now we know them all:

I think they look great!  And just to add to the Secret Wars retro feel, Fresh Monkey Fiction is also giving a contextual story as to why these characters are assembled together:

“Transported to a strange world by a mysterious villain from beyond the stars, Earth’s most “Amazing Heroes” try to defend themselves from their fiercest enemies as they fight a hidden battle that could annihilate the universe.”

I love it!  A Kickstarter for Amazing Heroes Series One is slated to launch early this summer, and it apparently will include two more Kickstarter exclusive/ incentive figures in the lineup… I’d assume “Hero of the Red Planet” will be John Carter, and as for “Enhanced Superhero”… Anybody have any guesses? 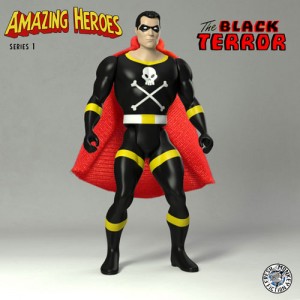 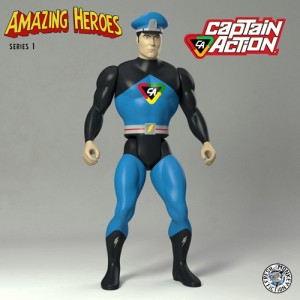 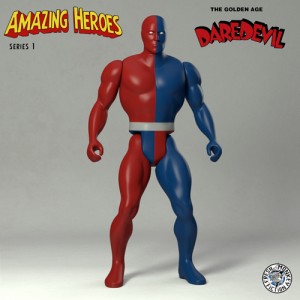 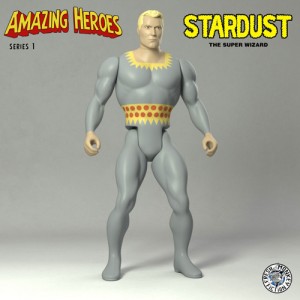 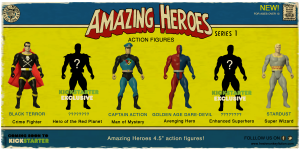