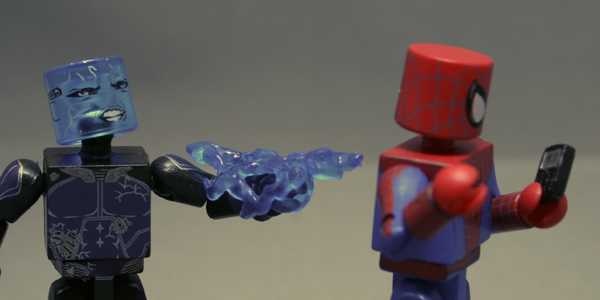 Amazing Spiderman 2 Toys R Us wave of Minimates brings the action of the film to collectors.

The Amazing Spider-man 2 Minimates are broken up into 2 waves, a Toys R Us wave of three 2-packs and a comic shop set of four 2-packs. The TRU wave offers collectors a lot of Spider-man and three new villains.

There is no doubt that this wave is Spider-man heavy offering collectors one Spider-man with almost every pack. In this TRU wave each Spidey is slightly different, but not compelling enough to get the sets for them alone. There is a flashback version, which for those of us late to the minimate game helps fill in some gaps. This version also comes with a little replica of the daily planet, a great prop for any Minimate display. The other two are based on the updated costume. One includes a bullhorn and cell phone, and the other a firefights hat. All three come with a set of webbing to help him catch the bad guys or swing around your desk. One word of warning on all of these figures, the eyes are not always centered, so just take a good look when picking out your sets.

The other three figures in this set are the villains, each offering something slightly different than their comic shop counterparts. The Green Goblin is based on the final battle in the film, but all the details are just tampo’ed on the body. I saw a few customs over the week of people building out the armor from the film, but I also understand the need to keep down the costs of the figures. Also missing is the glider, although anyone who has been collecting will have a few lying around, the new one from the film would have been a welcome addition to the set. Unlike the comic shop version Electro, has translucent hands, head, and stand. Having the choice I could not pass up this version, skipping the sparkly blue comic shop version. He comes with electric blasts for his arms too. The final figure, exclusive for this wave at TRU, is a pre-Electro Max Dillion. The figure looks great recreating Max from the film right down to the bad comb over.  It is details like that, which make a so-so figure into a worth getting figure. The figure also has two looks, Oscorp jump suit or brown jacket. He also has his briefcase another great general accessory for any Minimates collector.

Overall this is a wave to grab, easy to track down at TRU and offering most of the main cast. 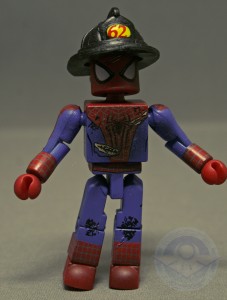 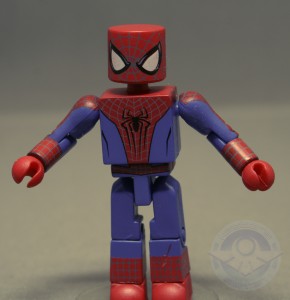 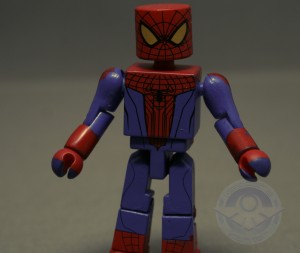 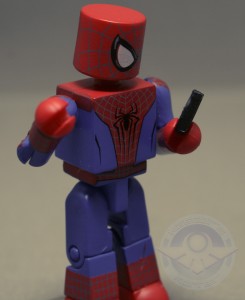 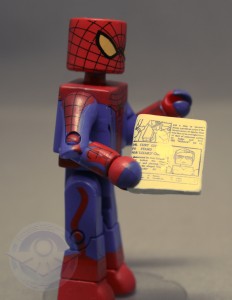 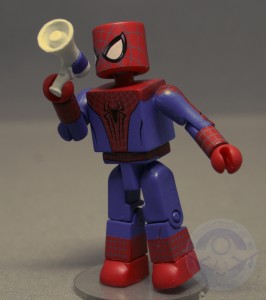 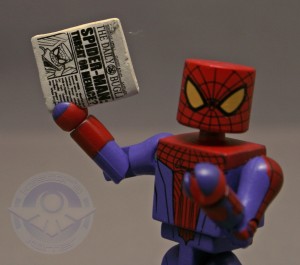 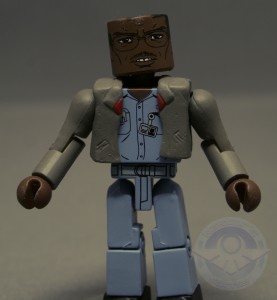 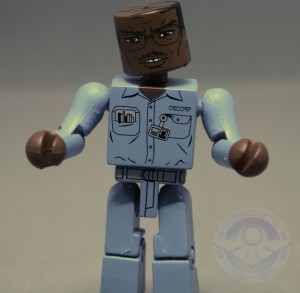 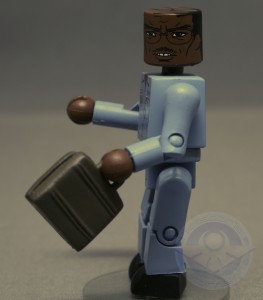 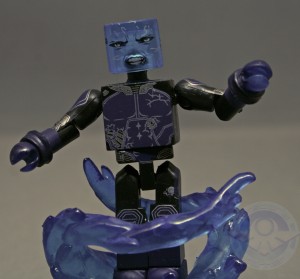 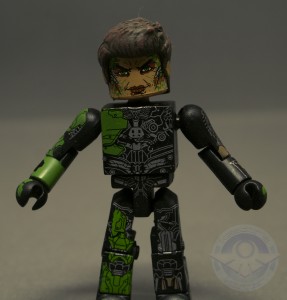 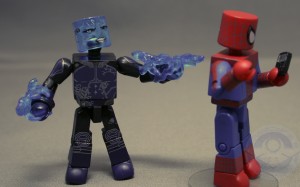 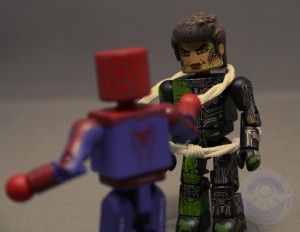 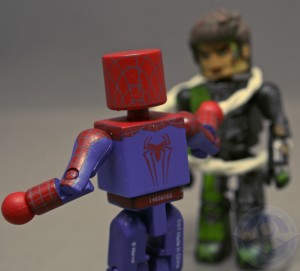