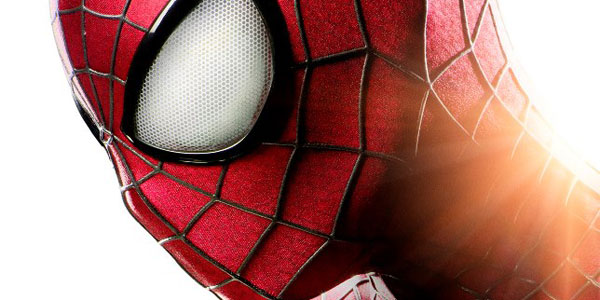 Amazing Spider-Man 2 came out a clear winner at Comic Con, thanks to a fun and thoroughly entertaining panel.

I’m not sure who put on the best show at Comic Con’s Amazing Spider-Man 2 panel.  There was a lot going on, and the pre-Con Electro hype was not the sole basis of the panel I imagined it would be.  Nope– instead we got a very cute bit, in which Andrew Garfield appeared live on stage in character as Spider-Man, with his new suit and everything!

Spidey was joined by Marc Webb and Jamie Foxx, and everyone played along with the notion that a real-life Spider-Man was a consultant on these movies.  New footage played, which I’m very excited to see, which showed off Spidey taking on a non-suited Rhino (Paul Giamatti), rescuing nerdy, pre-villain Max Dillon, and the transformation of Dillon into Electro, which happens in a lab accident at OsCorp revolving around the delightfully comic booky notion that the lab includes a tank of live eels.

Apparently the clip ended with a show stopper of a scene as the fully powered Electro de-powers and subsequently destroys Times Square, before Spider-Man swings in to stop him.

As thrilling as all this sounds, what really sold me on this sequel is one line Garfield delivered early on, in character as Spider-Man.  When he was asked why he became a hero, his answer came fast, cool and glib–

”At the risk of sounding earnest, I really have an over-developed sense of responsibility. I was given these powers and I guess I feel like I gotta do something with them… and I don’t like assholes. Am I allowed to say the A-word?”

This statement is perfect.  Beyond perfect– it sums up exactly who Peter Parker is, his whole point of being, and it’s just edgy and snarky enough to feel appropriate for a modern day update of the hero.

There was lots more coolness at the panel, and a lot more of Andrew Garfield being the coolest guy at Comic Con.  Quint at Ain’t It Cool has a great, detailed rundown of everything that happened during Spidey’s panel, and it’s a great read… Click Here to check it out.