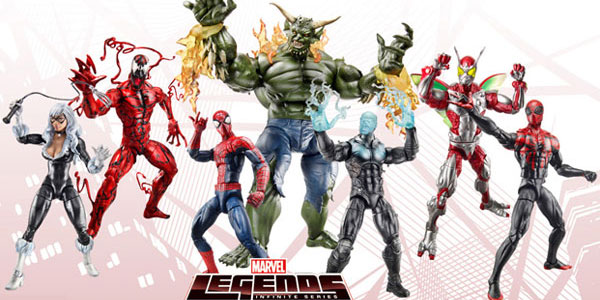 New images have surfaced for Hasbro’s Spider-Man Legends, and they are looking better than ever!

Maybe it’s just personal preference, but I found myself way more impressed with what we had seen of Captain America Legends than the upcoming Spidey series, which will see release in February 2014.  But now some new images have surfaced of the upcoming Hasbro series, revealing great added features and an exciting variety of variants for the new toy line.

Ami Ami posted a pair of product shots for Hasbro’s Spider-Man Legends, including one which shows the movie style figure in his packaging.  The art follows suit with the sharp, concise box style packaging we have seen with Star Wars: The Black Series and the Captain America Legends, but more importantly we also see the Spidey figure will be packed with alternate hands, allowing him to be posed with fists OR his iconic “thwip” web shooter hands.

If that wasn’t enough, another image leaked which reveals the three “swap” figures in this assortment.  Unlike Cap Legends– which will feature all the variants in a single case– the Spidey Legends will treat their variant figures as a second wave of figures.  So while the first cases will feature movie Spidey and Electro, the Superior Spider-Man, Black Cat, Beetle and Carnage, the second assortment will sub in Anya Corazon Spider Girl, Boomerang and Eddie Brock Toxin for the latter three figures.  That’s an awesome assortment of figures!!

In my heart, I’ll always be a Cap fan first and foremost, but this new information has me every bit as excited for the Spider-Man Legends.  February can’t get here soon enough! 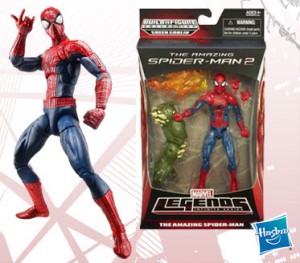 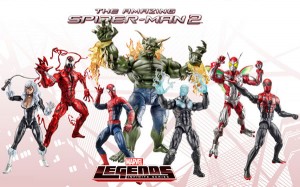 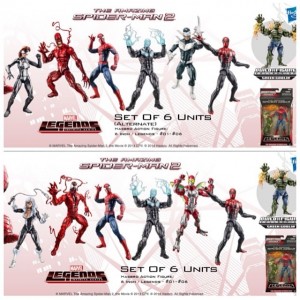