Amazing Spider-Man Legends Are Worth Checking Out 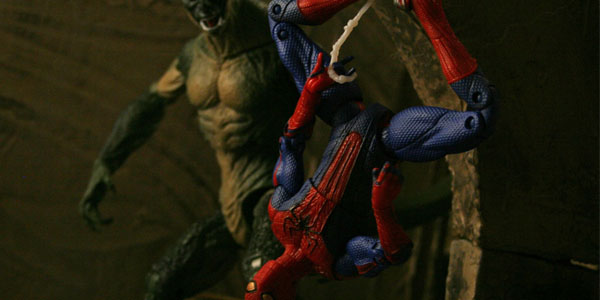 The Amazing Spider-Man gets a Legends series that’s, well, Amazing.  Or is it Legendary?

It’s been about two months since The Amazing Spider-Man hit theaters, and keeping true to their previous (poor) timing, Hasbro and Wal-Mart have dropped the new exclusive Spider-Man Legends series. This series of three figures gives us a current movie Spidey, his on screen nemesis The Lizard and, just to keep things topical, a Legends style Miles Morales.

All three of these figures are quite good, and totally worth chasing down at Wal-Mart.  The movie-style figures both feature all new, wonderfully detailed sculpts, while Miles reuses some smart comic-style parts that work well for the teen hero’s Legends debut. 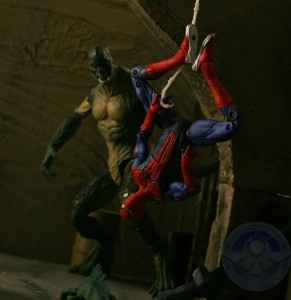 Movie Spidey is a great translation of the cinematic hero into figure form.  I actually liked the updated costume in the movie, even with it’s many silly textures and “extreme” lines, but all those details are captured perfectly here, from the scaled bodysuit and silver soles, to the web-slinger’s gold eyes.  The use of a new body makes sure the figure is accurate to Andrew Garfield’s slim frame, and this Spidey actually looks like there’s a teenager under the suit.  The articulation is also top-notch, with a ball-and-hinge neck, a moderately successful ab crunch and hinged wrists all working out very nicely. Spidey is set up with one web-slinging hand and one that can grip the awesome web strand accessories he includes… while it would be nice to include an alternate set of hands for some two-fisted web spinning, this setup offers a good balance.  The only points of articulation that don’t really work are the ball hips, which are very limited due to both the 45 degree placement into the body and their lack of ability to spread out very far.  There’s still enough leeway to get Peter into a number of cool poses, and honestly the only thing I could think that would make this figure legitimately better would be a black wash on his costume to accentuate the excellent details. 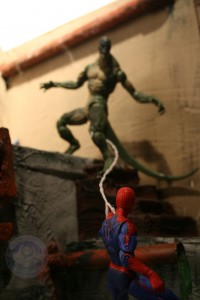 The Lizard is handled just as well as Spidey, again sporting a brand-new sculpt that pulls off the villain’s scaly skin and massive size quite well.  The movie Lizard was big, and his figure rightfully towers over Peter, even when the reptilian creature is hunched over, which he does quite nicely thanks to his ab crunch and double-hinged neck.  I wasn’t a huge fan of the movie’s design for Dr. Connors’ monster form, but the figure is very authentic to his on-screen appearance and I can absolutely appreciate the detail of this sculpt, from the wrinkly, dinosaur-like skin of his abdomen to the well-executed tail.  The slightly under-developed right arm is a great detail that adds some character to the beastly figure.  The Lizard also gets an outstanding paint job, which features several shades of tan and green, all of which come together to really highlight the fantastic sculpt of the figure.  Despite his mass, Hasbro didn’t cheap out and still included some great accessories with their villain… three lizards for Connors to command!  Each lizard is a unique sculpt and they’re awesome in their own right, especially if you include them in a display as their beastly master takes on the wall crawler.

Much like the Thor and Captain America Legends lines, we get a comic-style figure to round out this assortment, as current Ultimate Comics Spider-Man Miles Morales makes his 6″ debut.  Miles’ black and red costume is realized nicely, and he definitely stands out from other variants of the wall crawler.  I believe most of this figure is made from Tarantula, and while that buck made the classic villain a runt, the short base works fairly well, if a little too muscular, for the teenage hero.  I’ve seen Miles be the first to sell at several stores, most likely thanks to his comic book skew in the midst of the return of Marvel Legends, and he’s a worthy addition to the line.  Miles includes a clip-on shield made out of webbing, and sports the ample articulation you’d expect from the Legends figure.  Everything works great, with the exception of his head, which would benefit greatly from a hinge joint to go along with the ball socket.

Overall, I really like what Hasbro has done with the Amazing Spider-Man Legends.  We get the movie’s two core characters, as well as a logical– and current– comic character, each with some cool accessories and a neat display stand.  It appears that Hasbro and Wal-Mart learned from their previous mistake under-producing The Avengers Legends (hence why they are again hitting hard at Wal-Marts everywhere*)… I’m hoping the two-month delay on these Spidey Legends was related to them upping their production run ahead of time, because these figures are so good, everybody deserves a fair shot at finding them.

(*”everywhere” being a relative term, depending on how awful your local Wal-Marts are.) 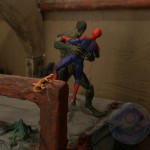 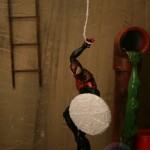 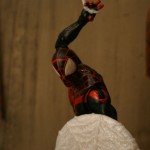 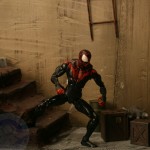