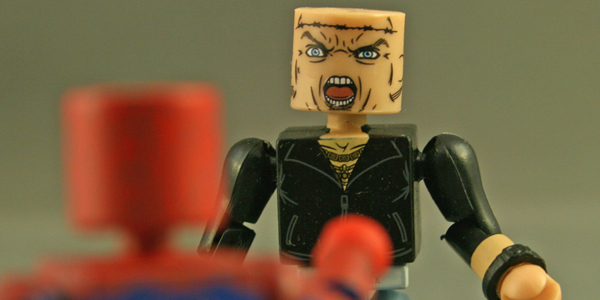 Comic shops got an full eight figure wave of Amazing Spider-man 2 Minimates. Some double up on characters from the Toys R Us wave, but there are a couple worth hunting for in comic shops.

Of the four two packs I picked up the Alistair Smythe & Aleksei Sytsevich and the Graduation Peter & Gwen Stacy. The other two pack are slight variants on the TRU packs, giving me way too many Spider-man figures making the choice to skip them easy.

The Smythe pack is a mixed bag for me, it is cool to get the figures but they don’t offer too much from the film. The main problem for collectors will be the fact that this pack is only one per case, making it nearly impossible to track down here in CT and I was forced to look on line for the figures.  Both characters only had minor parts in the film, and are are not that flashy. Smythe comes with extra arms, so he can be displayed with or without his jacket. He also has a briefcase, similar to the one Max has in the other wave. Aleksei offers a little more for collectors, sporting some great tattoos and alternate legs to replicate his capture in at the start of the film. 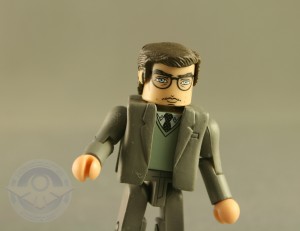 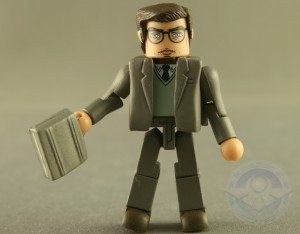 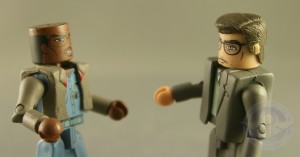 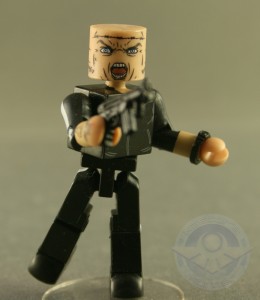 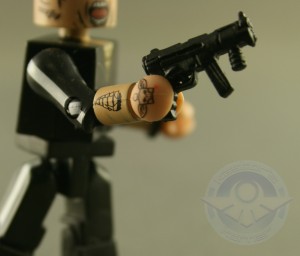 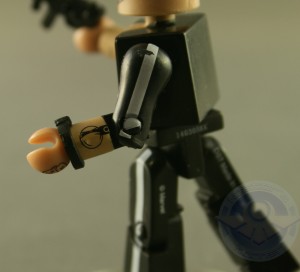 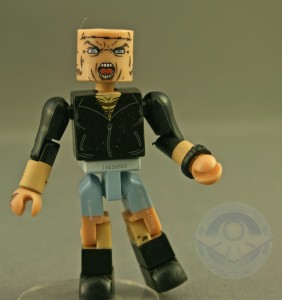 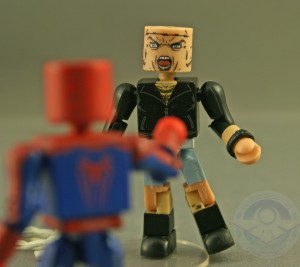 The Gwen set offers a little more for fans. Gwen is based on her third act look, and is different enough from her Spider-man 1 figure to make her worth getting. The details on the figure really are impressive, the colors are not too bold, and the detailing on the stockings are some of the best I have seen on a figure this size. The Peter is really the star of the pack though, giving fans a figure that can be just regular Peter or ready to spring into action Spiderman. The torso has two sides, making it possible to hide the Spider-man costume under his coat. He also comes with a backpack, cell phone, and mask. 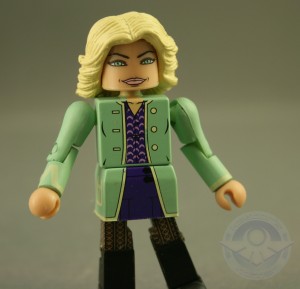 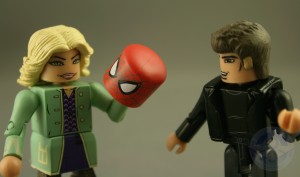 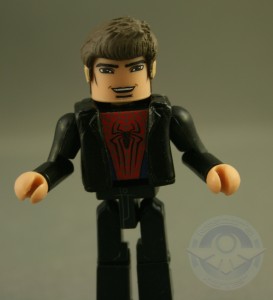 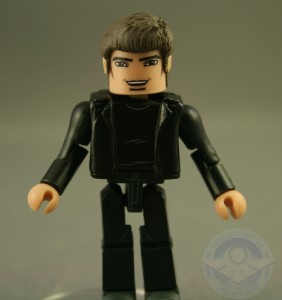 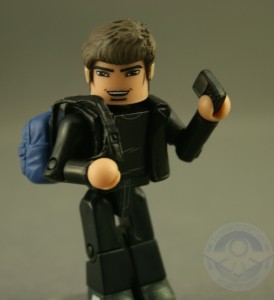 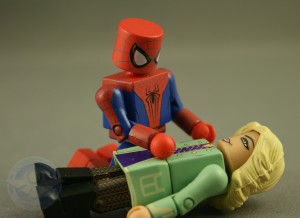 Overall both packs are worth tracking down to round out the characters from the film. While the Smythe pack may not be the star of this wave the scarcity of the pack may drive up the price on the secondary market so grab these while you can.