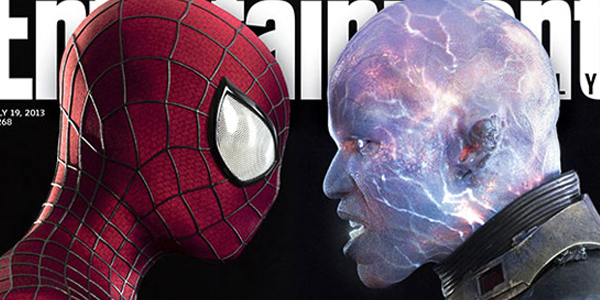 Entertainment Weekly just released a bunch of images from the upcoming Amazing Spiderman 2.

The biggest reveal is the final look of Jamie Foxx’s Electro. The character looks nothing like the classics version of the character, and more like the Ultimate version. The second image shows off the implant in his head, confirming he was created not an accident. The new photo’s show off the new design of the Spiderman costume, much closer to the iconic look of the Webhead.

Also shown is the first official image of Paul Giamatti pre- Rhino transformation. This could be the start of of the Sinister Six.