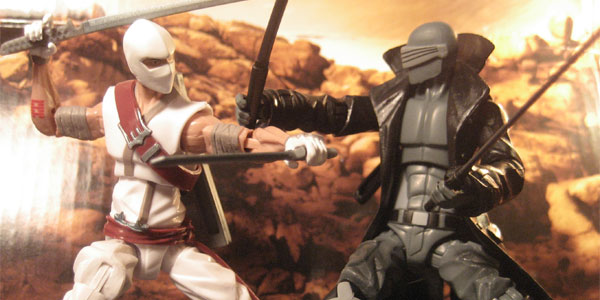 Hasbro and Amazon surprised GI Joe collectors by offering not one but two exclusive GI Joe sets– in addition to the already-known Retaliation preview 4-pack, Amazon is also offering a Renegades themed multi-pack that really helps to finish off the Renegades universe in plastic. Get a full look at the new set right here… 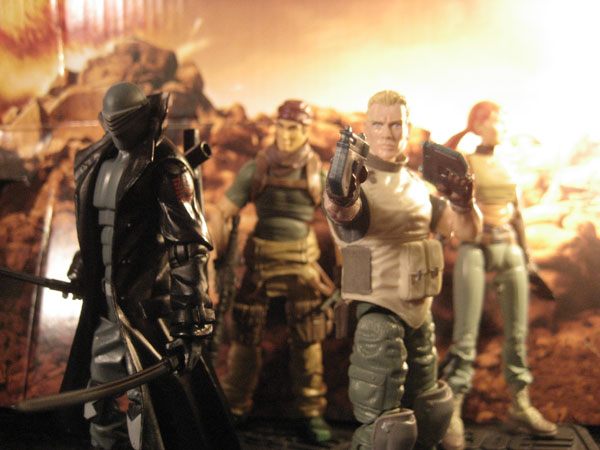 The Amazon exclusive Renegades 4-pack brings us new takes on Duke and Snake Eyes, along with an animated style Storm Shadow and Red Cobra Ninja, making this a (predictably) ninja-themed set. Duke is the closest in the pack to his single release figure, but sports some clear improvements over the 30th Anniversary release. 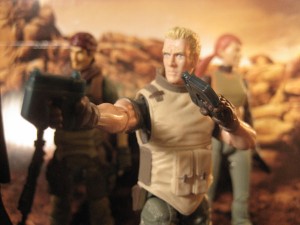 The new Duke shares the same realistic portrait, which is still very solid but off model from his animated look, and a new color scheme that compliments his muted uniform from the already-missed TV show. Duke also sports new legs, shared with the Cobra Security Trooper, and new lowers arms that include a glove cuff. This is a major step up from the previous version, whose bare wrists merged right into gloved hands, leading to a weird, unfinished look for the overall figure. Duke packs his double rifles and double pistols once again, as well as a new set of smaller, more show-accurate guns which he holds quite well. 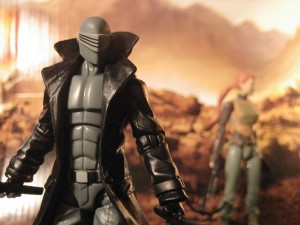 Snake Eyes already received the Renegades treatment as well, but this new version is a monumental step up, with a costume much more faithful to his cartoon design as well as a trenchcoat to further accentuate his individuality from the single release. I love this Snake Eyes– his armored chestplate and boots are 100% authentic to his Renegades uniform, and the grey and black deco highlights his costume details, while a concise wash gives the figure a very animated look. While I’m typically not a fan of painted detail over sculpting, Snake Eyes’ painted visor gives an appropriately ink and paint feel to his masked head, while the trenchcoat features lots of realistic sculpted details. Snake Eyes includes two swords with sheaths that plug into his back, and has an interesting new articulation pattern– instead of tradition 25th hips, Snakes is set up like the Marvel movie figures, with a ball joint at the pelvis and a cut joint at the top of the leg. It works well here and lends itself to many great posing options, although it does sadly negate the figure’s ability to share parts with other more standard Joe figures. The ninja commando also features rocker ankles, which offer some good foot posing sure to please many fans of this articulation pattern.

On the Cobra side we get Storm Shadow and a Red Ninja, both sharing the same sculpt. Both ninjas include some clever reuse of parts from the 30th Storm Shadow are accentuated here with some new bodyparts and an articulation pattern like Snake Eyes including rocker ankles and Marvel style hips. These new points of articulation are great for the ninjas, as they lend themselves to lots of cool action poses, and all three ninjas sport wiry, athletic frames that feel authentic to their martial arts aesthetic, and remain very faithful to their in-show styles. While some fans might be disappointed this Storm Shadow differs from the very hard to find 30th version of the character, the added authenticity to his show looks and the cool new articulation makes him completely worth getting. Each Cobra ninja includes two swords and a double sheath that stores on their backs. They also include cool-looking Arashikage tattoos imprinted on their forearms, and some great paint apps. I love the muted red of the Cobra Ninja’s costume, which makes him stand out from the brighter red ninjas we saw in the 25th collection. 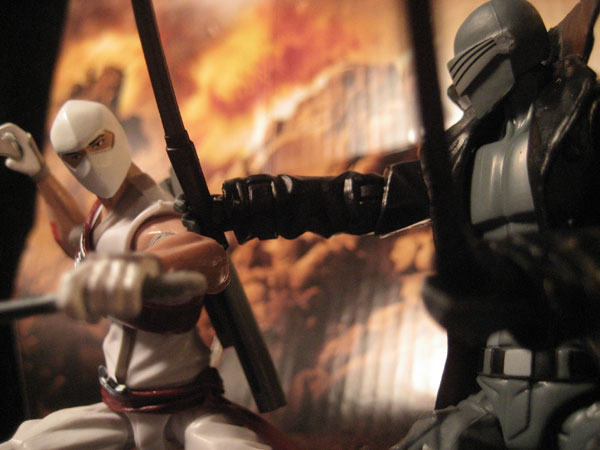 Overall, the Renegades 4-pack was a nice surprise release, and worth the $40 price tag (especially since at this price Amazon ships it for free). I know lots of collectors adore the rocker ankle joint, but it never did much for me– while it’s nice to offer up some cool poses, the result of the new structure means the foot peg holes are much more shallow, so getting these guys to fit snugly on their stands can be a challenge. And while I love getting new, more accurate versions of Snake Eyes and Duke, I’m a bit disappointed this set didn’t include Roadblock, the only core Joe not yet seen as a Renegades figure. The new Duke is a step up from the previous, but the first release wasn’t in need of a replacement, and Roadblock would have been a way better choice to finish off the Renegades. With the series’ cancellation all but written in stone, this pack may be the last Renegades release we see from Hasbro, and it’s a shame they never got us the final member of the Joe team. Aside from the MIA heavy gunner, the Renegades sub-set has been pretty great, and this set really rounds out the team fairly well.

Amazon has the Renegades 4-pack in stock now– CLICK HERE and order your set today. 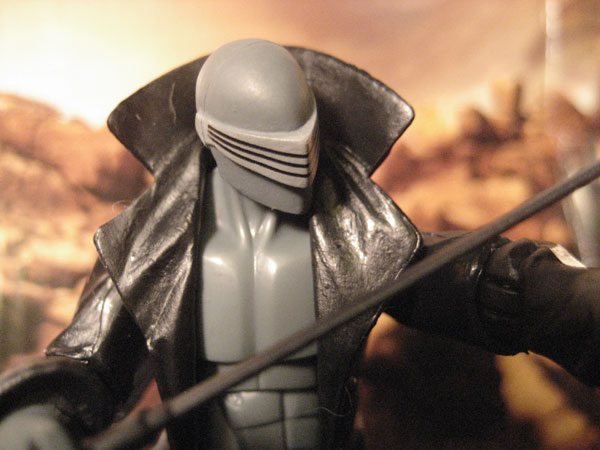 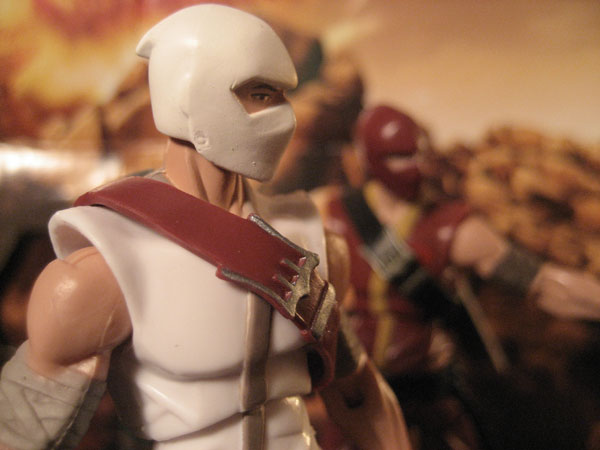 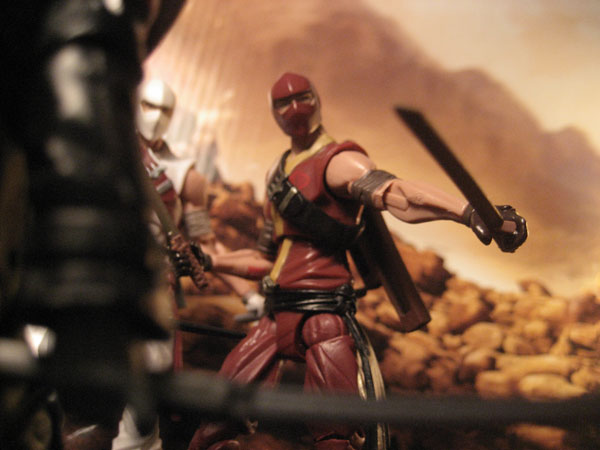 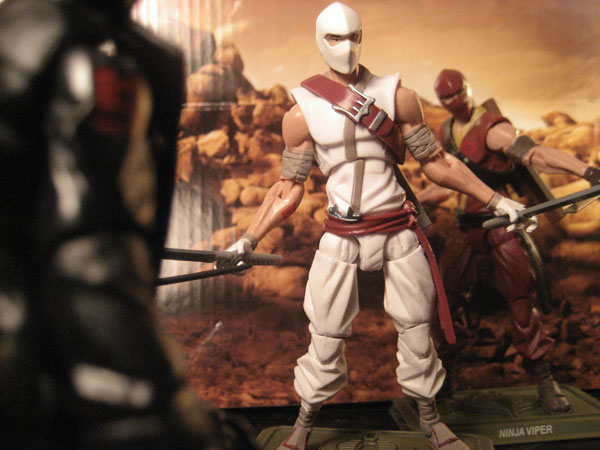 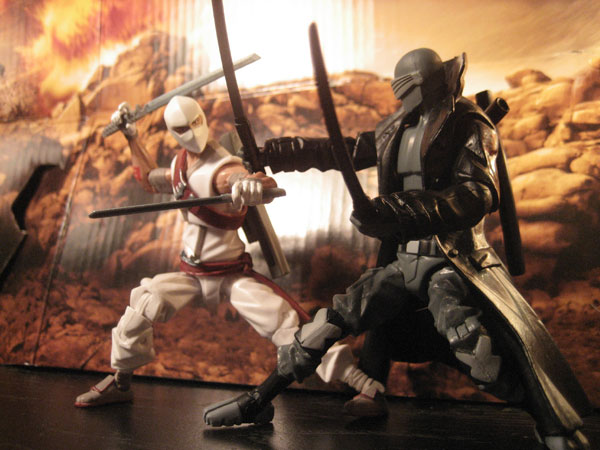 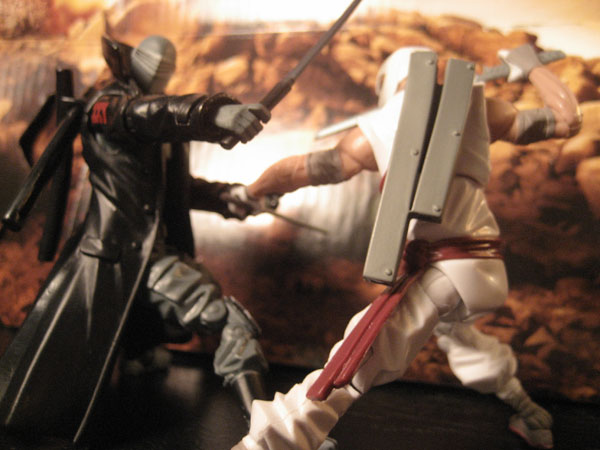