American Horror Story Gets A Season 4 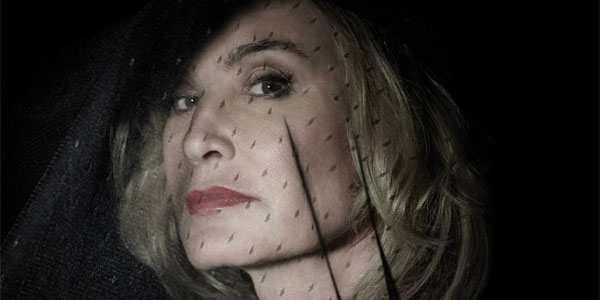 American Horror Story— otherwise known as the second most popular and overall best horror show on television– is getting a fourth season.  Which means an all-new story starting next October!  And also probably some cryptic clues as to what that story will be as the current Coven storyline continues going strong.

I really should be reviewing Coven, because if you haven’t been watching, it’s getting pretty great pretty quickly.  Like most AHS seasons, it was off-puttingly uneven for the first few weeks, but once the tale of witches and voodoo priestesses found its footing it’s been the most interesting and coherent story we’ve seen yet on the anthology show.

While I ponder how to rectify my big mistake of not including AHS Season 3 as part of our TV Korner, you can read the below which came from FX’s announcement today about 2014’s Season 4.  Then, you should get excited!

“Put simply, Ryan Murphy is a master television producer,” said Landgraf. “Time and time again he reinvents the form. What he, co-creator Brad Falchuk and their producers Dante Di Loreto, Tim Minear, Jennifer Salt, James Wong, Brad Buecker, Jessica Sharzer, Douglas Petrie, Alfonso Gomez-Rejon, Alexis Martin Woodall and the entire production team and cast responsible for the American Horror Story franchise have done is nothing short of extraordinary. Every year, they create a riveting and brilliant new miniseries.  AHS: Coven is the best yet, and I have no doubt that the next installment will be even better.”